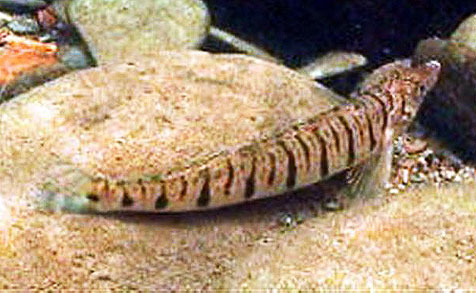 Here in the Southeast, we are sweltering through another year of drought. Some parts of the Cherokee and Pisgah National Forests, lying just east of where I live, are experiencing record low precipitation totals. To the west, the broad, flat Cumberland and Barrens Plateau regions are parched.

One can argue whether the dehydration of the normally rain-soaked Central South provides additional evidence of human-induced climate change, but among biologists studying the region’s aquatic wildlife there is no argument about its impact. Changes in weather patterns are affecting the breeding behavior of some native fish species, with spawnings occurring earlier than usual. Spawning behavior in many native freshwater fish species is regulated by temperature, daylength, or a combination. With the recent spate of hot summers, low water, and mild winters, the stream warms earlier, apparently signaling fish to start breeding.

Such behavioral changes could spell disaster. Although data are lacking about the early life history of many species, it is clear that fish larvae depend upon planktonic organisms for food. These tiny critters, such as copepods, rotifers, and protists, are themselves poorly understood ecologically. If the response of a key food species to warmer water does not match that of the fish predator, the latter may be in trouble. Sufficient research to understand fully the ecology of a single small stream could take decades, and we clearly do not have that much time.

Research is badly needed in order to better understand the ecology of the beautiful and unique freshwater fish fauna of the southeastern United States.  In particular, the Tennessee, Cumberland, and Mobile river basins harbor especially rich fish faunas, with many endemic species.

Consider the tiny Conasauga River watershed.  It is located where Tennessee, Georgia and North Carolina meet. It is roughly 100 times smaller than the combined watersheds of the mighty Colorado and Columbia rivers. Yet, between them the two western drainage systems have 58 species of native fish, while the little Conasauga has 79. One example is the endemic Conasauga Logperch, Percina jenkinsi.

A disproportionate number of native fish species range over a small geographic area. This is unsurprising, since the dissected nature of the watersheds contributes to speciation in the first place. Some fish may be endemic to a single creek. The smaller its range, the more susceptible a species is to extinction risks.

In special danger from the current drought is a species confined to only 3 Tennessee counties. Fundulus julisia, the Barrens Topminnow, will instantly be recognized as a killifish by many aquarium enthusiasts. Like most killies, the males far outshine the females in coloration. Restricted to the Barrens Plateau, the fish inhabits clear, spring-fed streams and relies on aquatic vegetation for spawning.  Now found at but a few localities, it is constantly threatened by habitat destruction and drought.

Due to recurring droughts over the past decade, some habitat has almost completely dried up, leading biologists to establish captive “ark” populations. The fish is easy to breed and the larvae can take live brine shrimp nauplii as soon as they lose their yolk sac. As long as sufficient space is available for growout ponds, the Barrens topminnow can survive even the total loss of its habitat, at least temporarily. Populations are currently being maintained at multiple locations, against the possibility of a total wipeout at one facility. Questions remain about the sufficiency of captive propagation measures to maintain adequate genetic diversity, while at the same time preventing gene flow that would not occur in nature, i.e, between individuals from otherwise isolated populations.

Drought is not the only problem affecting the Barrens topminnow. It competes poorly with the mosquitofish, Gambusia affinis. Gambusiahas been widely transplanted for mosquito control, but has become a pest in many areas, ousting native species. Ironically, one positive effect of drought has been to quell mosquitofish in isolated areas. After one Barrens Topminnow site completely dried up in 1998, killing all the mosquitofish, the native fish could be restored a few years later from a captive ark population.

It has been my pleasure for the past two decades to associate with J.R. Shute and Pat Rakes, co-directors of Conservation Fisheries. Their work with the Barrens Topminnow and Conasauga Logperch inspired this post. Credit for the accompanying photos goes to J.R. Shute. During 2007, Pat and J.R. reached a milestone: 50 species of native freshwater fish successfully spawned and reared. Much of its work is funded by state and federal wildlife agencies and private grants, but Conservation Fisheries survives on the support of individual donors. You can learn more about Conservation Fisheries at www.conservationfisheries.org