In my constant attempt to produce better images through technology, (rather than trying to improve any talent I might have!) I purchased a Nikon AW100 Coolpix camera.  This replaces my Pentax Optio that I wrote about a few years ago.  The Nikon is waterproof to 10 meters and shock-proof from 1.5 m.  Its 16 megapixel sensor and image stabilization has some promise towards my meeting my goal of “better images through better equipment”.  Important to this is the ability to get “in tank” shots of animals.  This removes the problem of aquarium front glass glare, but does bring on its own issues of backscatter; where the flash reflects off of small particles in the water, causing white spots in the image.  Photoshop can take care of this backscatter problem, but can’t do anything for glare. 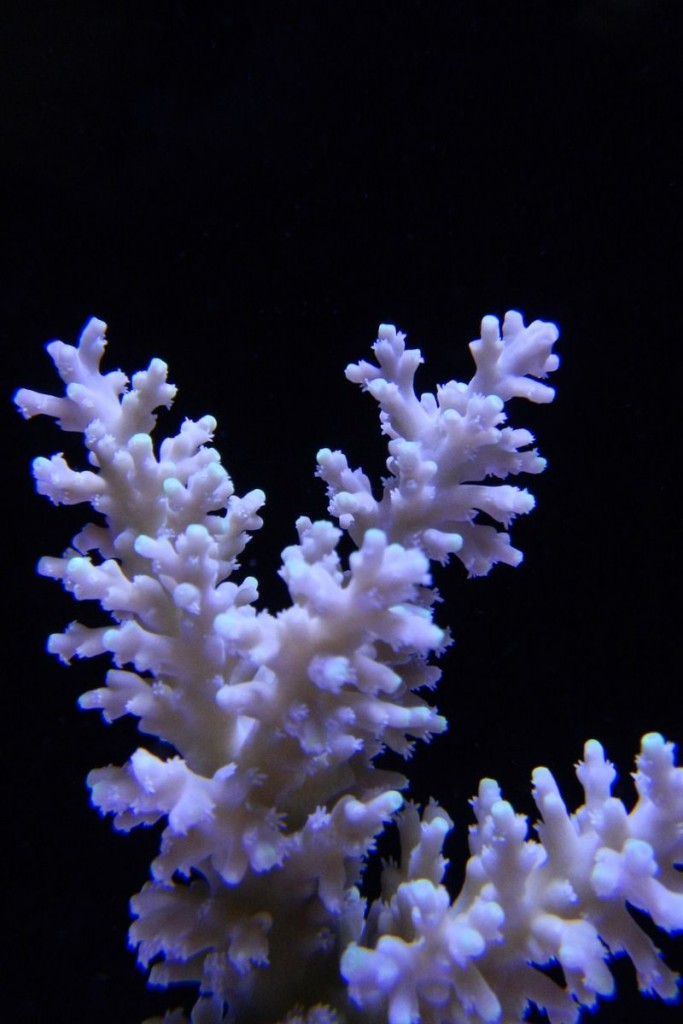 In-tank image of a Acropora fragment, The chromatic aberration at the bottom is due to the LED lights over this tank, not the camera itself. 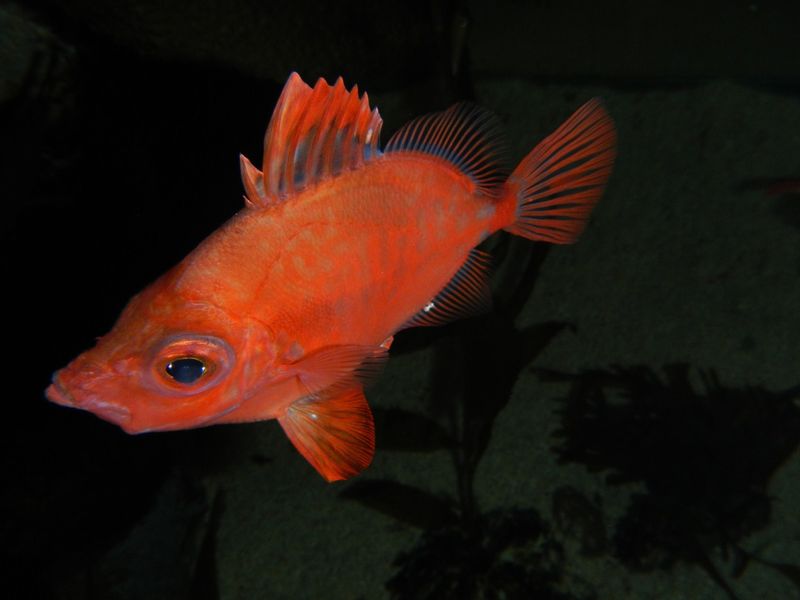 One problem with in-tank underwater photography is the vantage point – usually from above the subject. While this can be used for its novel effect, you wouldn’t want every image shot from this angle. 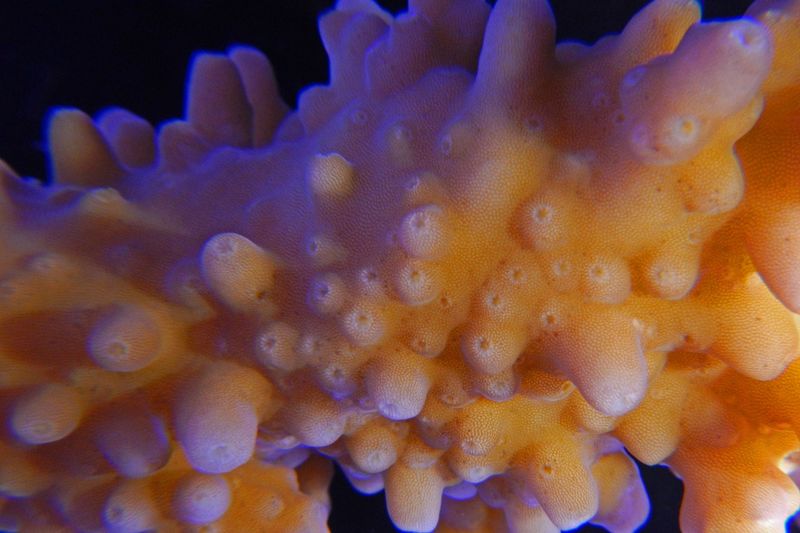 In-tank macro shots are also possible with the AW100. 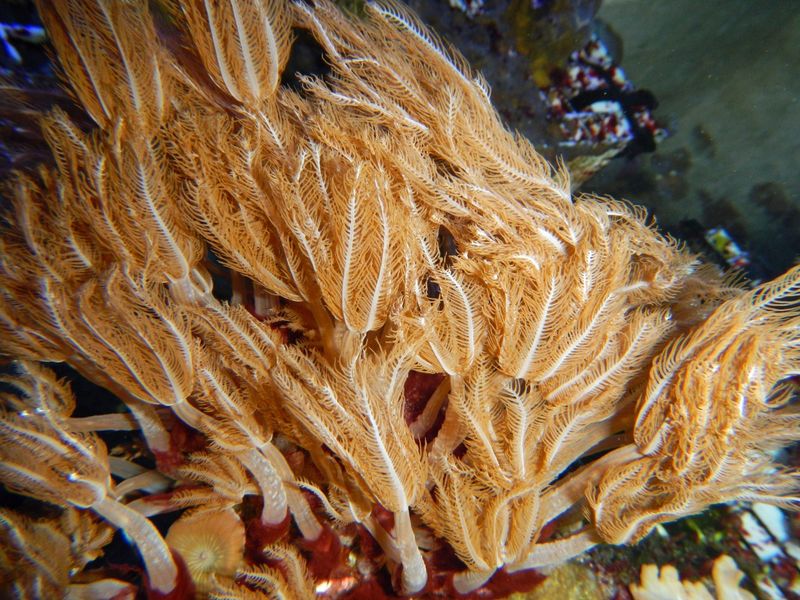 Soft corals – taken while holding the camera horizontal in the aquarium. 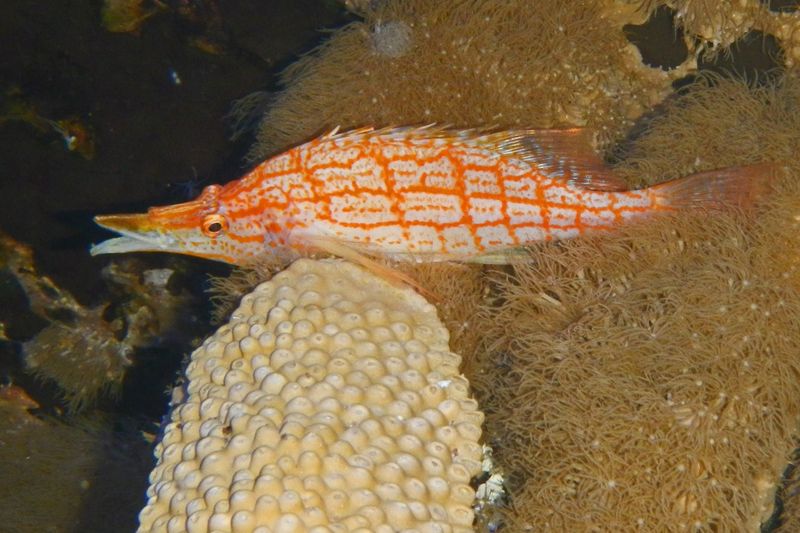 In tank shots taken while standing next to the tank make it very difficult to frame your image. This was taken by shooting in the hawkfish’s general direction and then cropping the image.

The AW100 took a little bit of getting used to – having the lens opening in the upper left corner of the camera meant that my finger sometimes strayed into the shot.  The close proximity of the flash and the lens (common to many pocket cameras) means that red-eye and backscatter can be more of an issue than with a camera having a remote strobe.

The GPS function of this camera is just a novelty for me now – but who knows, it may have some use while on collecting trips or other outdoor excursions.

The Nikon AW100 can also take 1080p hd video, here is a short underwater video of flashlight fish in a public aquarium exhibit: