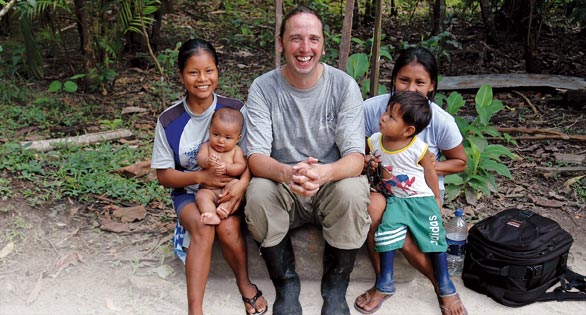 AMAZONAS editor Hans-Georg Evers with native children on an expedition into the Peruvian rainforest.

Evers, who lives in Hamburg, Germany, says he is “an aquarist by heart” and catfishes are near the top of his list of favorite fishes. He is the author of 10 books, including The Baensch Catfish Atlas (Mergus) and the Identification Guide to Corydoradine Catfishes.

The latter was co-authored by Ian Fuller of Great Britain, an AMAZONAS contributor who will also speak at the AACC.

An inveterate world traveler to the native waters of freshwater fishes, Evers has some 50 home aquaria and has “so far” bred more than 250 species in his own tanks. He has collected fish in many countries, including Brazil, Peru, Venezuela, Indonesia, and Papua New Guinea. 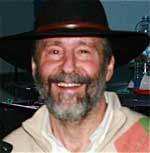 Other speakers at the event include Mark Sabaj Pérez, Eric Bodrock, and Heiko Bleher, a long-time AMAZONAS contributor.