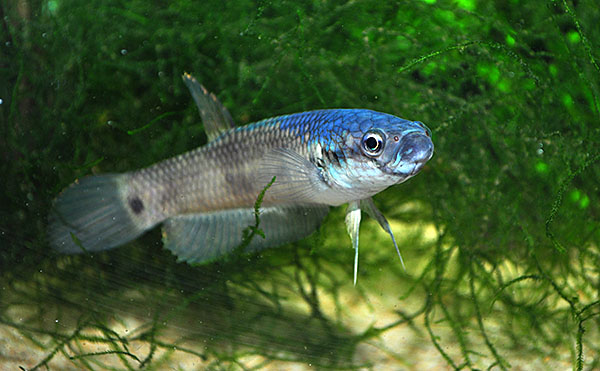 Likely male Betta ocellata, with an appearance that suggests a miniature snakehead. Species name derives from the dark false eyespot (occellus) at the base of the caudal peduncle.

Earlier this year I became acquainted with a really unique anabantoid species, Betta ocellata. This is one of the “big boy” mouthbrooding betta species. I had purchased some juveniles on a whim, and simply let them hang out in a 5-gallon tank full of Java Moss. Eventually they were sold off to another aquarist who desperately wanted them, but by the time it came to bag them for sale, I found myself wishing these fish weren’t leaving the fishroom. 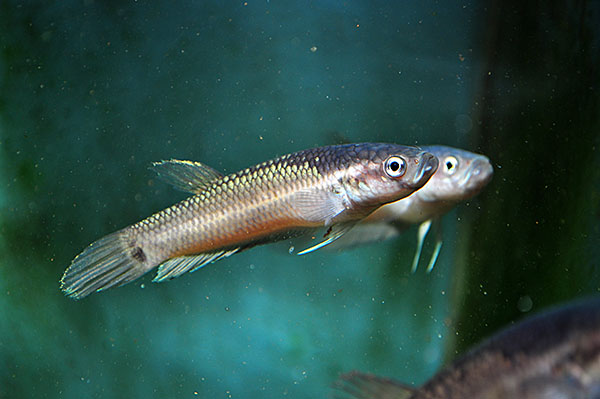 A duo of Betta ocellata hover in midwater, posing for their photograph. Per sexing guidelines, the fish in the foreground may be a female.

My son Ethan was about 2 and a half at the time, and he loved their gusto at feeding time. The juvenile Betta ocellata reminded me of a tiny snakehead…bold, aggressive feeders that slam their prey. To my son, it was pure comedy. I’m learning as a father that any fish that can cause my son to shout out and belly laugh is a pretty special thing. 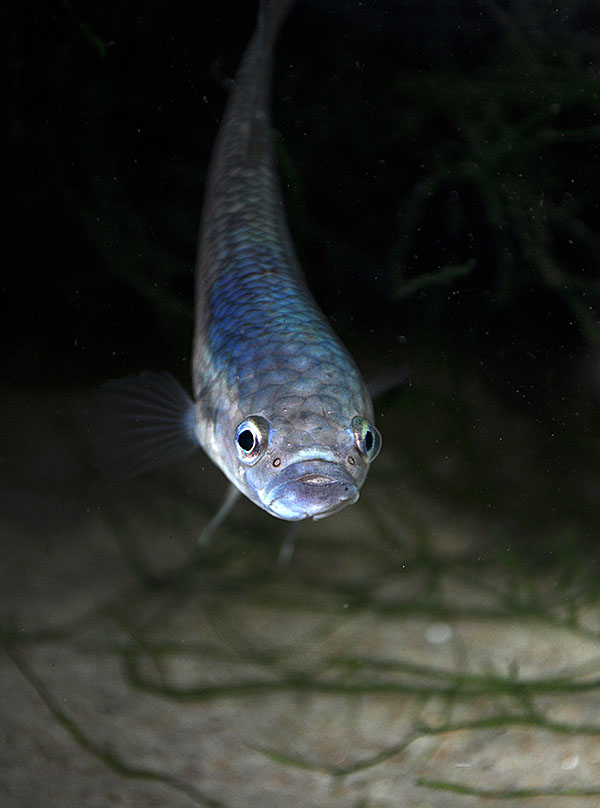 An inquisitive Betta ocellata emerges from the shadows for a closer look.

Sometimes you get a second chance; I had the opportunity this past weekend to again obtain some Betta ocellata at the Minnesota Aquarium Society’s spring auction. I didn’t waste time and bid aggressively, making sure a sizeable group came home. This time, they’re the adults, shown here. 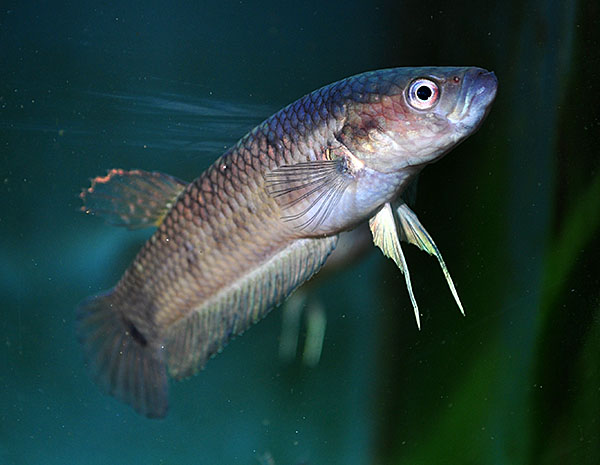 A bold specimen of Betta ocellata tries to intimidate the camera.

The International Betta Congress (IBC) reports Betta ocellata as occurring in both Malaysia and Indonesia, countries on the island of Borneo. Fishbase’s species account for B. ocellata notes that the species is found in slow-moving headwater habitats, including ravines and isolated pools, with specimens typically found in submerged leaf litter or hiding under floating leaf litter. Fishbase also notes that the diet of these consists of “terrestrial insects and…aquatic invertebrates”.

While all sources suggest this is one of the largest betta species, references vary; Fishbase suggests 8 cm / 3.15 inches, while others suggest as much as 12 cm / 5 inches for mature length. IBC suggests a single pair requires a 20-gallon aquarium, with 40 or larger being necessary for group maintenance. While many betta species can be demanding in terms of water quality, references and personal accounts suggest this is one of the easier, less demanding species.

It turns out these paternal mouthbrooders aren’t really very aggressive at all; while the juveniles I kept were rather quarrelsome, the adults I obtained a few days ago seem very mellow by comparison. I don’t have the knack for sexing this species yet, but references convey that males ought to be more colorful, and females are said to have 2 lateral bands that males lack. If I’m lucky enough to get a spawn and the male holds to term, he should incubate for 12-17 days (temperature dependent), and multiple references suggest the offspring may even grow up readily with their parents. 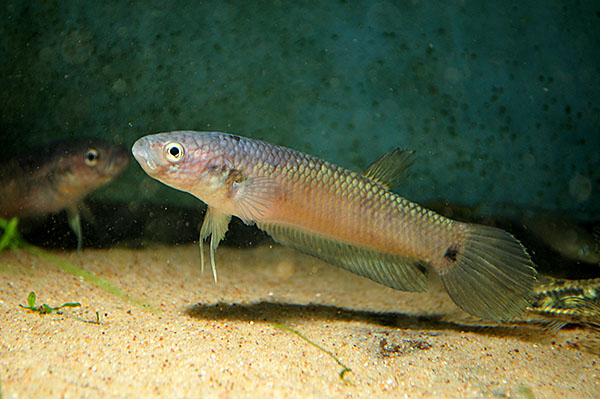 One last look for now at this impressive and undemanding species, Betta ocellata.