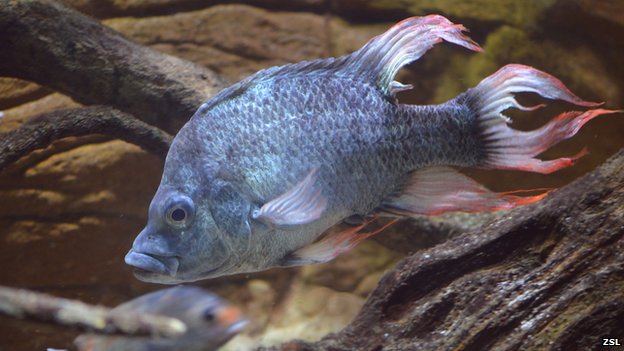 The old dating saying about there being “plenty of fish in the sea” is not holding true for the critically endangered Mangarahara Cichlid, whose known worldwide population is down to two lone specimens surviving in captivity in the UK.

Aquarists at ZSL London Zoo are launching an urgent worldwide appeal to find a female mate for the last remaining males of a critically endangered fish species.

The Mangarahara Cichlid (Ptychochromis insolitus) is believed to be extinct in the wild, due to the introduction of dams drying up its habitat of the Mangarahara River in Madagascar, and two of the last known individuals, unfortunately both male, are residing in ZSL London Zoo’s Aquarium.

The Curator of the Aquarium at ZSL London Zoo, Brian Zimmerman, along with colleagues at Zurich Zoo in Switzerland set about trying to find other Mangaraharan Cichlids in zoos around the world – using international zoo and aquarium associations to reach as many experts and aquarists as possible, but had no luck finding surviving females.

The team at ZSL London Zoo are now launching a desperate appeal for private aquarium owners, fish collectors, and hobbyists to come forward if they have or know of any females in existence, so that a vital conservation breeding programme can be started for the species. 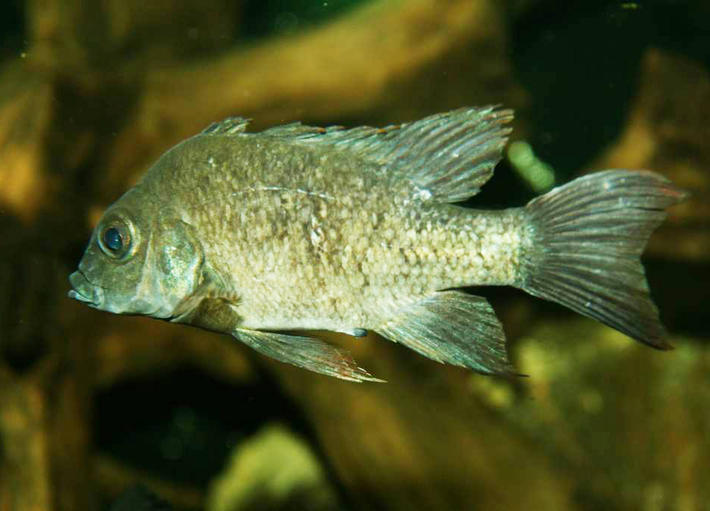 Female of the critically endangered Mangarahara Cichlid, Ptyochromis insolitus, since died in an attempted mating encounter with a male. Image: Berlin Zoo

Launching the appeal, ZSL London Zoo’s Brian Zimmerman said: “The Mangarahara Cichlid is shockingly and devastatingly facing extinction; its wild habitat no longer exists and as far as we can tell, only three males remain of this entire species.

“It might be too late for their wild counterparts, but if we can find a female, it’s not too late for the species. Here at ZSL London Zoo we have two healthy males, as well as the facilities and expertise to make a real difference.

“We are urgently appealing to anyone who owns or knows someone who may own these critically endangered fish, which are silver in colour with an orange-tipped tail, so that we can start a breeding programme here at the Zoo to bring them back from the brink of extinction.”

ZSL London Zoo is asking anyone with information about the cichlids to email the team at fishappeal@zsl.org