Forbidden Species: The Lure and Perils of Illegal Aquarium Fishes 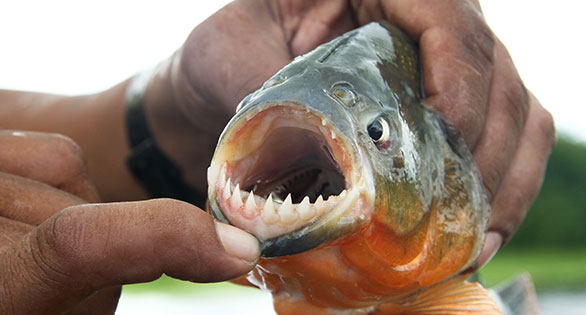 Many species of piranha are illegal to import, buy, sell or own in a number of US states.

At the risk of losing business, I am going to rant a bit…

Sometimes exotic-animal hobbyists, including aquarists, are our own worst enemies when it come to the struggle with government regulation of exotic animals.

Every state is struggling with the challenge of managing invasive species, and, although we are all aware that most of those species in cooler states have little to do with the pet industry, the same cannot be said for our warm states.

So far, we have only had legislation passed at the federal level (through the Lacey Act) that restricts interstate transport or importation of a few exotics, most notably Channa sp. snakeheads, Clarias sp. airbreathing catfishes and four species of large constrictor snakes (with the banning of more proposed). However, there are political action groups here and in Europe that would like to see an end to all forms of pet keeping, and they are supporting an anti-invasive species agenda because it is a chink in the armor that they can exploit…

… so stop making the hole larger!

I sell fish. I am in a northern state where it is legal to transport, import, sell, buy and own stringrays and piranha. I get a lot of requests from aquarists in states where these fish are illegal to ship those species to them through the mail. I will not do it. But I am sure that there are some sellers who will, and that is a big, big mistake. 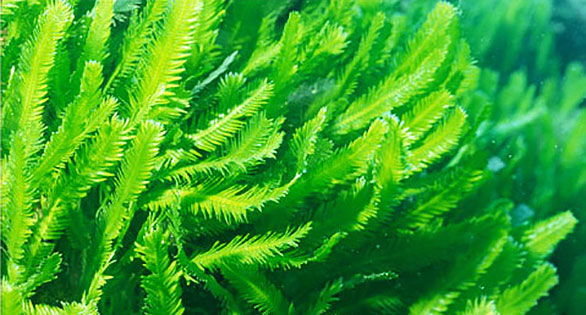 Caulerpa taxifolia, an invasive seaweed from the Indo-Pacific whose spread in the Mediterranean Sea is blamed on aquarists.

State wildlife agencies talk to each other… a lot more than you think. Here in Wisconsin, we are about to go through another round of species evaluations for addition to the prohibited/restricted species lists. One of the species on the list for prohibition is one of the marine algae kept in aquariums, Caulerpa taxifolia. We are a land-locked state…why ban it? Caulerpa also happens to be one of the most invasive and destructive organisms on the planet…just ask our friends that live around the Mediterranean Sea.

But why ban Caulerpa in Wisconsin (or Indiana, Illinois, Michigan or any other cold, freshwater state)? Because a lot of Caulerpa gets shipped all over the country everyday with absolutely no way to track it! (Search Google for ‘Caulerpa‘ and the page is covered with websites selling it for use in reef refugiums.)

State and federal wildlife agents are not stupid people. They are fully aware of how easy it is to ship animals and plants around the country. They are not necessarily against the pet industry either. I know several who are aquarium hobbyists as avidly as any of us. But they have a really, really hard job to do. 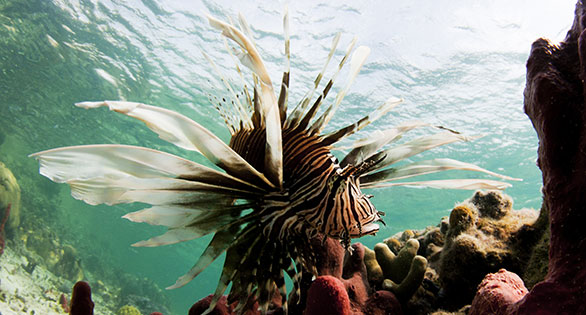 A non-native Volitans Lionfish, Pterois volitans, which has become an environmental threat to native reef fishes in the Caribbean.

How much longer until the states throw their hands up in frustration and ask for the federal government to step in with a broad law that protects all the states? There is only one way to do that…ban the interstate transportation of any organism that is an invasive risk anywhere in the country. 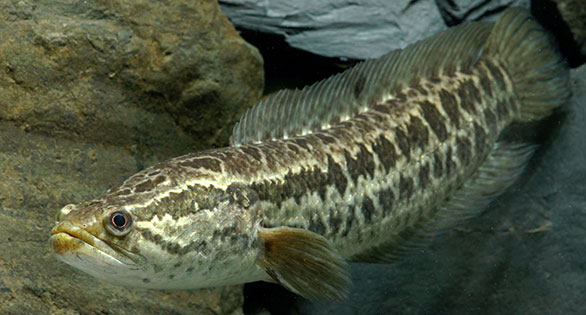 Channa marulius, legal in Canada and the UK, but banned in the United States. Will more species end up with this status?

A law like that would be a real travesty…but I fear we are heading in that direction. [In fact, it has already been proposed more than once in the US Congress: HR 669 and HR 996, the latter of which is still potentially available to pass – Ed.]

So… if you are in a city, county or state that has outlawed a plant or animal for any reason, please respect that law and do not try to find a way to obtain it. If you want an illegal exotic species so badly that you are willing to risk everyone’s hobby… please move somewhere you can have them. I want to move to England. I can have snakeheads in England……

About the Author  Ted Judy is an addicted aquarist with over 25 years of fishkeeping and breeding experience, affiliated with the American Cichlid Association, the Madison Area Aquatic Hobbyists and the Milwaukee Aquarium Society. Ted is a former high school science teacher who is now a full-time stay-at-home father with a fish room. He is an Amazonas Magazine contributor who writes frequently for a number of publications on the subject of aquarium fishes, their biology, breeding and responsible husbandry.