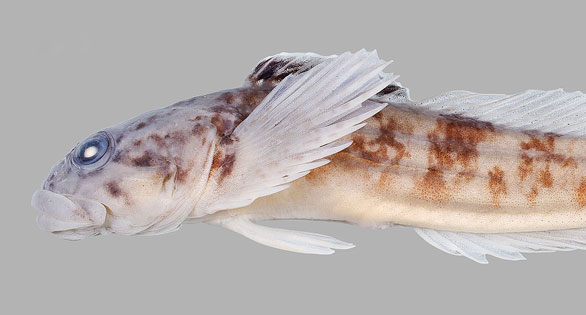 A new species of freshwater sculpin from the pristine waters of the northern Rocky Mountains has been found and described, and its small size and droll character may make it a candidate for keeping in aquarium collections of native fishes. Scientists say the discovery of a new species of fish in the well-studied waters of North America is a rare event. 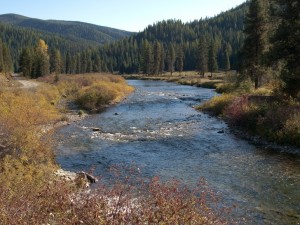 St. Joe River in the northern Rocky Mountains, a home to the Cedar Sculpin. Click to enlarge.

Colleagues at the University of Montana confirmed these suspicions after conducting morphological studies, which revealed subtle but consistent differences between one of these “new” species and the previously suspected species, the Shorthead Sculpin, Cottus confusus, which grows to lengths of just two to four inches (5-10 cm) and is considered an important forage fish for larger trout.

Further genetic tests at the Wildlife Genetics Lab in Missoula, Montana, corroborated these results, which led to the description of a new species of fish in the northern Rocky Mountains.

This led to the naming of the species as Cottus schitsuumsh (s-CHEET-sue-umsh), the Cedar Sculpin. Translated, Schitsu’umsh means “those who were found here” and is the name for the Tribe. The common name refers to the western Redcedar, a tree often found in streamside stands in this region. 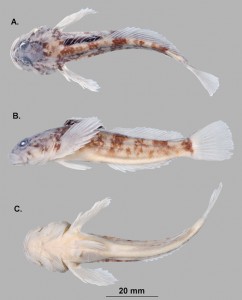 Sculpins, often the only small fish found in headwater streams, provide two significant resources – an important food source for sport fish such as large trout, and an indicator of water quality. This particular species is common to abundant in cold tributaries that also support Westslope Cutthroat Trout and Bull Trout.

“Recognizing species of sculpins is a challenge because even distantly related species look very much alike. So rather than taking a morphological approach to identification, we used genetic methods to delineate the species,” Forest Service research fisheries biologist Michael Young said. “It’s really exciting to find a new species of fish. It’s something you might expect in more remote parts of the world, but not in the U.S.”

From materials released by the US Fish & Wildlife Service Rocky Mountain Research Station.
Read more or download a copy of the report published in Zootaxa: Cottus schitsuumsh, a new species of sculpin (Scorpaeniformes: Cottidae in the Columbia River basin, Idaho-Montana, USA) at www.treesearch.fs.fed.us/pubs/45377.