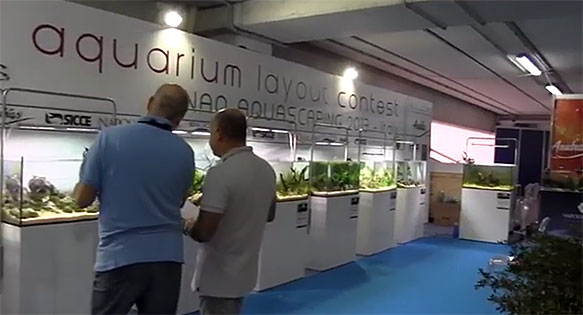 A screengrab from video documenting the 2013 Aquarium Layout Contest at Napoli Aquatica in Italy.

If you’d like to participate in such an event, head on over to learn more about the November, 2014, live aquascaping competition in Chicago.