A Storm on the Horizon for Freshwater Aquarists 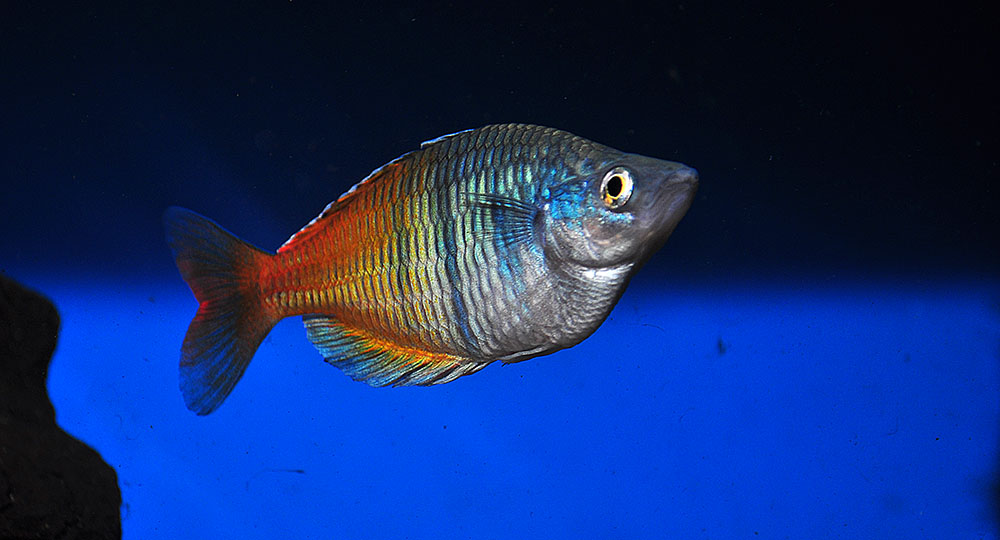 Melanotaenia boesemani, on the IUCN Red List as Endangered since 1996

It’s been a busy few weeks at Reef To Rainforest headquarters in Vermont; the marine aquarium trade is facing a growing threat to its existence as we know it as a result of new Endangered Species Act (ESA) rulings listing 20 Corals as Threatened under the ESA. The situation is even more grim with ongoing investigations into proposals to list commonly commercially-bred species like the Percula Clownfish and Banggai Cardinalfish as endangered species. In most (but not all) cases, the aquarium trade is not the main “cause” or the problem being highlighted or blamed, but regardless, it will be collateral damage.

I raise this issues here as a potential first warning to freshwater hobbyists – our friends in the herp hobby (reptiles and amphibians) are no strangers to legislative and legal pressures against their hobby, with organizations like the United States Association of Reptile Keepers (USARK) out in front, and strong individual and commercial support channeling funds and money into battling legal issues that negative impact the herp hobby (via the USARK Reptile Defense Fund).  But this is relatively new territory for aquarists who for the most part are mainly only faced with local restrictions targeting invasive, or potentially invasive, species. It’s fair to say that by and large, these local aquatic restrictions make sense aren’t overreaching (so far), so there’s generally little reason to fight them.

Spectre of Banned Species
However, just because the freshwater trade seems to have dodged the ESA bullet for the past couple decades, doesn’t mean that couldn’t change in an instant. What would the freshwater hobby do should the White Cloud Mountain Minnow, or Boesemani Rainbowfish, suddenly be listed as “endangered”?

All it would take is for someone to bring a bit of data forward and submit the petition to do so, and  USFWS (for freshwater fish) must review it and seriously consider it. We must point out to our our readers that the ESA, as currently structured, doesn’t really allow for the commercial propagation, or private ownership, of endangered species. There isn’t really any grandfathering either.

Starting today, it’s time for all aquarists, freshwater or saltwater, to open a conversation about current and future, direct and indirect, legal threats to the hobby we value.

Many aquarists don’t want to be bothered with “downer” news, but it’s time for a sobering wake-up call. You may one day not call yourself an aquarist if you don’t take it upon yourself to become educated and involved in the legal pressures and threats to the hobby and industry.

Blueprints for the Future
As thinking aquarists we need to quickly get up to speed on this; I look to USARK as a prime example of what needs to happen, and point to that organization as a blueprint for how things should be organized for aquarists.

We also need to stop thinking of ourselves as “freshwater” or “saltwater” aquarists – we’re all aquarium keepers. This should also serve as one more strong alarm for everyone in the aquarium industry—at some point it’s not just about livestock; it’s about all the industries that provide the equipment, the feeds, the gear.

Currently, the marine aquarium world is abuzz with references to PIJAC, the Pet Industry Joint Advisory Council, with calls for funding to the Marine Ornamental Defense Fund being made. All aquarists need to be aware of these efforts and ask themselves what their hobby and passion is worth to them. Burying ourselves in the sand like a Scooter Blenny or Spiny Eel isn’t going to make the problem go away, and it’s going to require more organization, and more unity, if we hope to take any real meaningful stand against the ever-increasing threats coming towards the aquarium pastime in general.