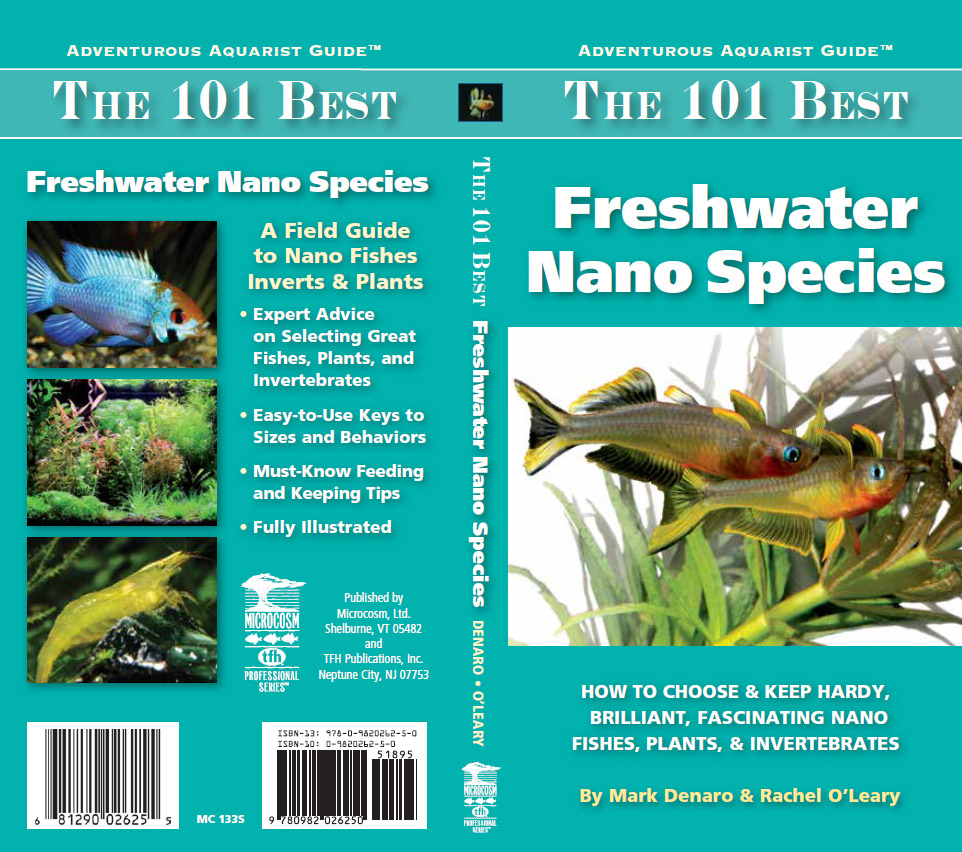 Front (right) and back (left) cover of the latest freshwater aquarium book, The 101 Best Freshwater Nano Species, by Mark Denaro and Rachel O’Leary

Nano aquariums have become so popular that beginning aquarists are gravitating to smaller tanks as never before! With their immense popularity comes a growing appreciation for the smaller aquarium fish and invertebrates that would be lost in a typical larger community aquarium. But which species are the most ideal candidates for the modern nano aquarium? What are the special challenges and things to know about setting up and running a nano freshwater system?

The book isn’t simply a “list of 101 best” anything, but in fact could be considered the perfect nano aquarium handbook, particularly for those new and intermediate hobbyists just starting to get their hands wet with nano fishes, invertebrates, and plants. Don’t go livestock shopping without it! 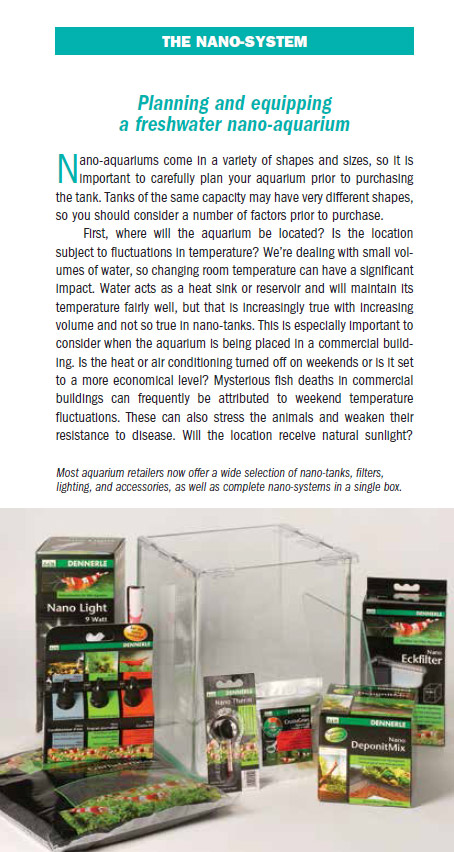 The Nano System – chapter covering the setup and maintenance of a small aquarium.

Of course, 101 Best Freshwater Nano Species covers more than simply fish; invertebrates and plants are discussed as well, giving a complete sampling of what goes into the typical nano aquarium that hobbyists are drawn to. “Meant as a field guide to nano-aquarium species, this guide uses color photographs taken in home aquariums for quick visual identification. Species appearing here have been selected as outstanding for their hardiness and durability in aquarium conditions, and for their attractiveness and interesting behaviors.” 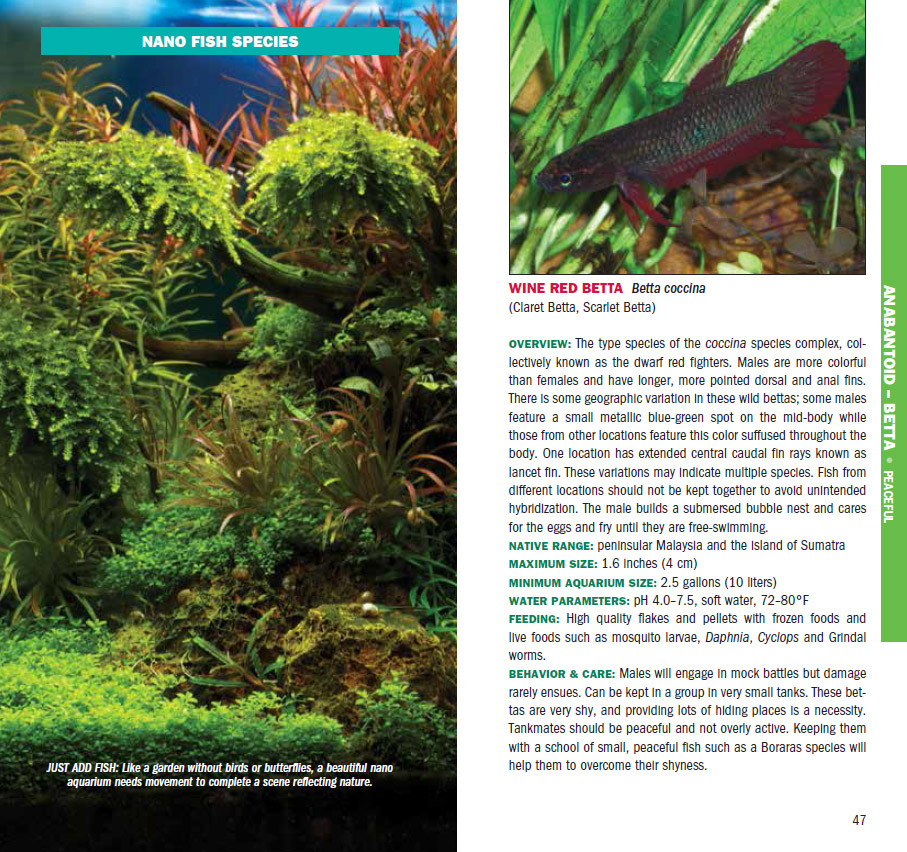 The book starts of the species selections looking at fishes. 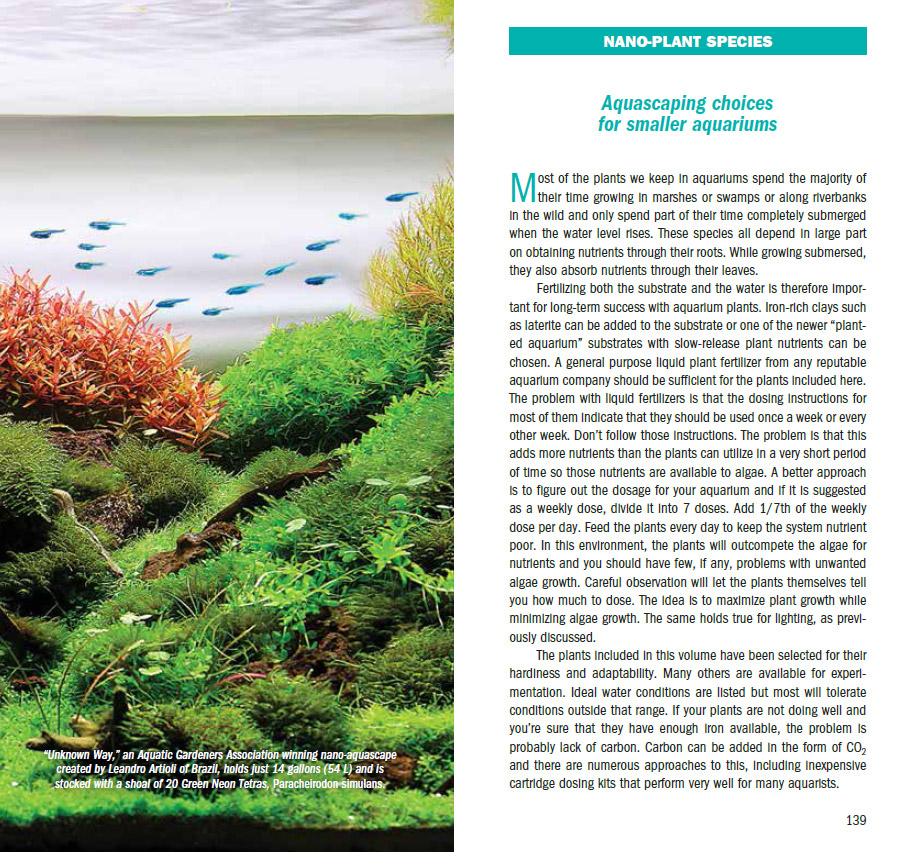 Ideal nano aquarium plants are examined for those aquarists seeking a planted aquarium. 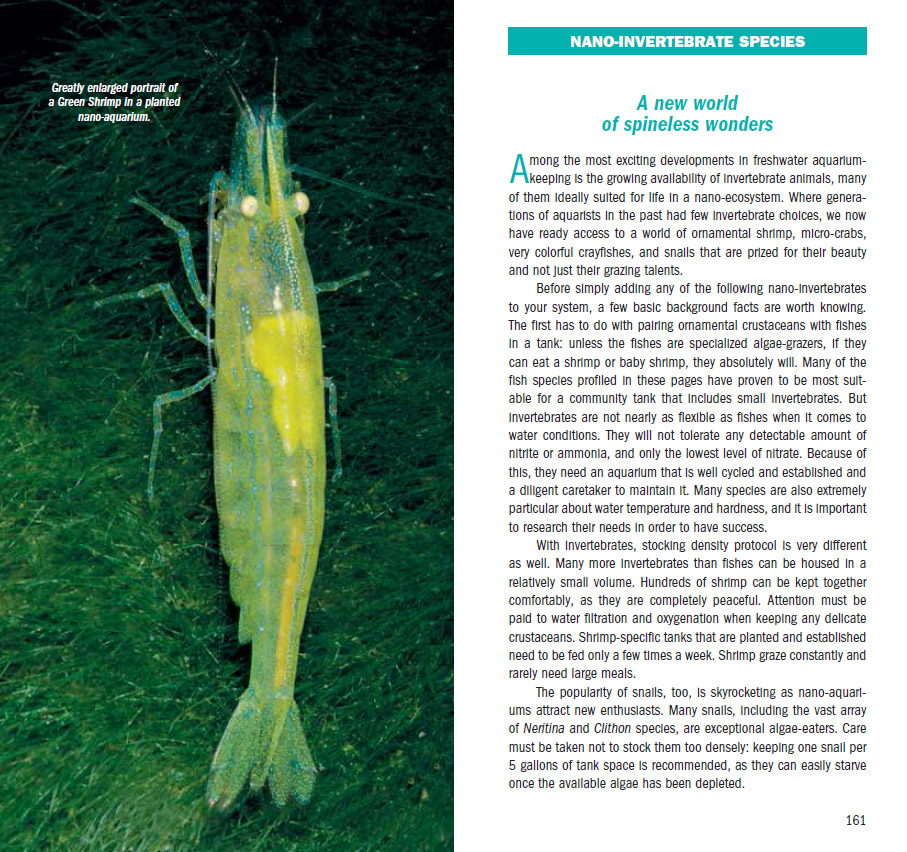 The species selections are concluded with the invertebrate section.

The book was produced by the AMAZONAS Vermont team in partnership with the award-winning MICROCOSM Books, publishers of best-selling and award-winning aquarium books since 1996.
The 101 Best Freshwater Nano Species is on sale now at better local aquarium stores in North America, as well as online through Amazon.com.