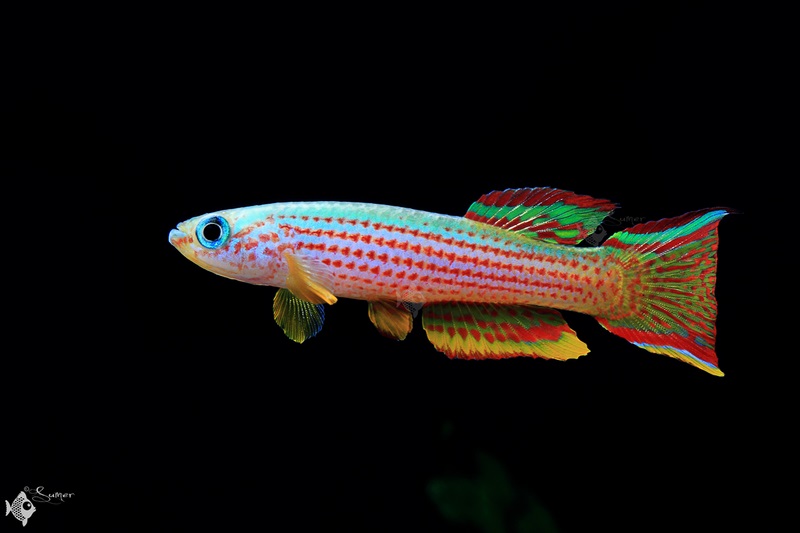 Killifish are one of the most beautiful fishes on the planet. People often refer Nothobranchius rachovii as the most beautiful freshwater species in the world. In my recent collection trip to Peru, I collected some annual and non annual killifish like Rivulus christinae and Moema quiii. They all were astonishingly stunning.

When my pair of Aphyosemion splendopleure bred, I had enough fry to work with and I decided to trade my adult pair for some other nice and colorful killiifish. After a few hours of posting them for trade on a local forum, I got a reply from a fellow hobbyist. She was willing to trade her pair of Aphyosemion striatum. A quick Google search revealed the beauty of this killifish. We exchanged our pairs on the next weekend.

I had put the pair in an old 10 gallon tank which has many many scratches. I kept feeding them and doing water changes in their tank but I could never enjoy their real beauty through that scratched tank until recently when I moved them to a new tank. I was in awe of the beauty of this killifish. Male has vibrant yellow, red and green colors on his boody. Female is almost white in color. 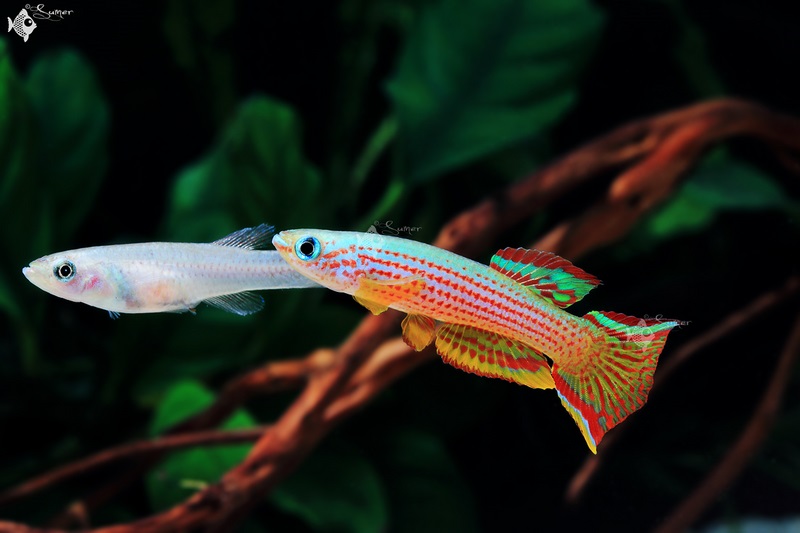 Aphyosemion striatum male trying to impress female with his fins all open. This is a common sight after a 50% water change. 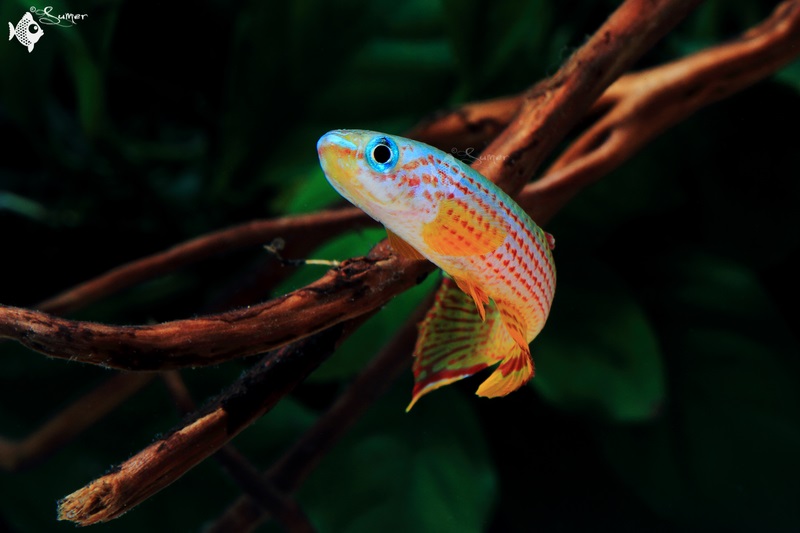 This killifish is pretty active in the tank unlike some other killifish which can be very skittish.

Aphyosemion striatum is very easy to breed. They spawned in that 10G tank but later I found that the fry were eaten by the parents. A little more attention and some more plants in the tank will definitely help fry to survive. It is species like this which train the beginner hobbyists before they try their hands on more demanding fishes. Prolific killifish like this give a beginner hobbyist the confidence to try to keep more demanding species. 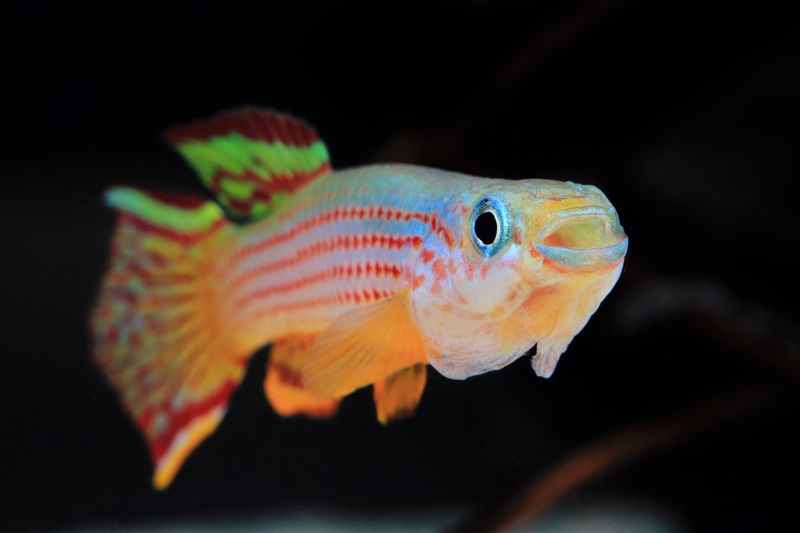 Aphyosemion striatum male yawning. What I call yawning actually is a like a “stretch” of muscles in the mouth. 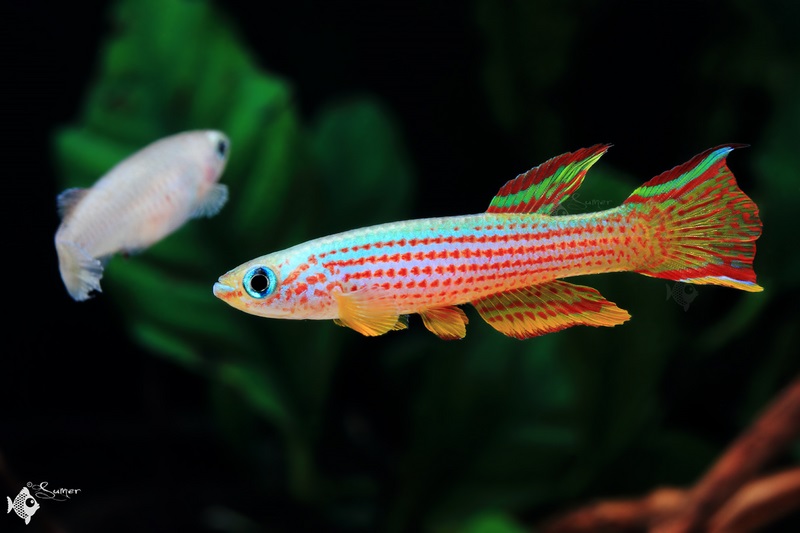 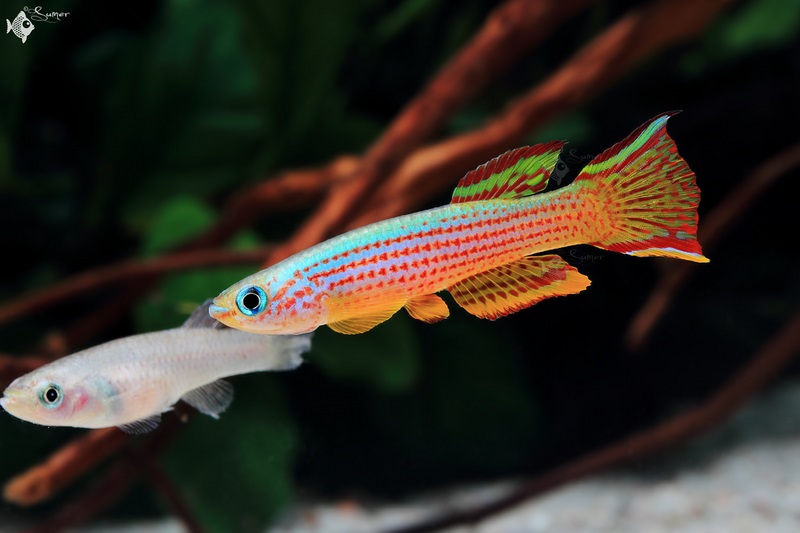 Female does get some nipped fins if there’s not enough cover for the female to hide when needed.

What kind of killifish do you keep? If not, which killifish would you like to keep in fututre? Let me know in the comments below.