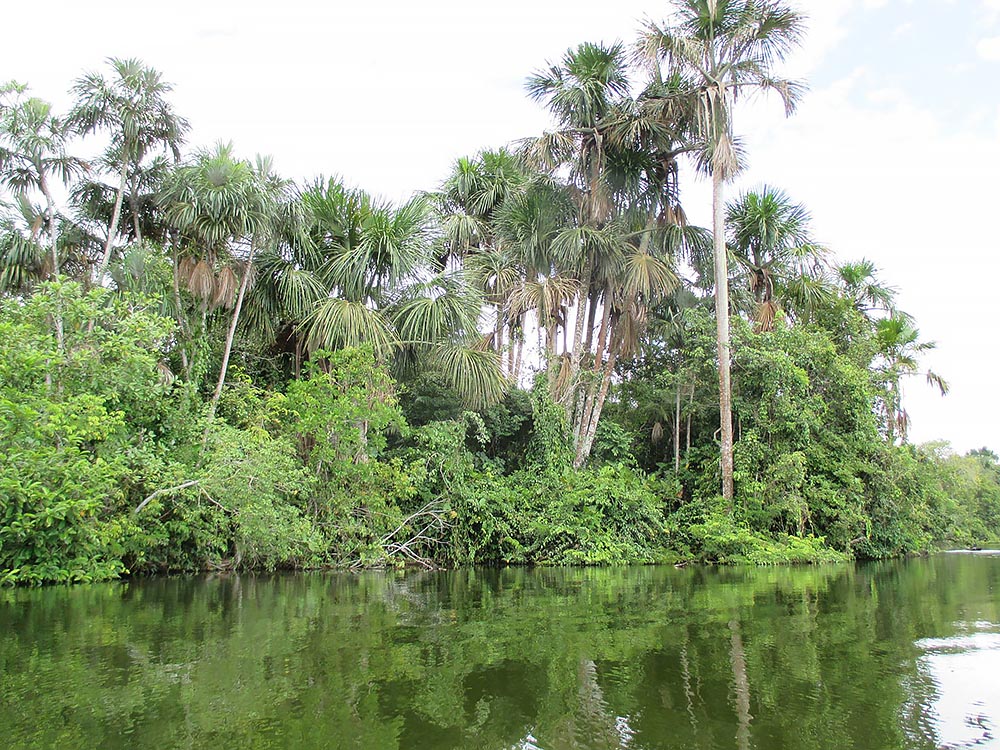 10 miles south of Iquitos, Amazon Research Center for Ornamental Fishes hopes to break ground on phase one of their building plans with your help.

The Man Behind The Campaign

Dr. Anthony I. Mazeroll is no stranger to aquarists on the west coast. As a private hobbyist, he’s kept and bred freshwater fishes for 40 years, his fishroom now filling a two car garage. As a Professor of Biology and Environmental Studies at Soka University of America, he has traveled the globe, collecting and importing fish from locations including Colombia, Peru, Cambodia, and Thailand. At Soka, Dr. Mazeroll teaches courses in sustainable aquaculture, fish biology, aquatic conservation, freshwater biology, alien invaders, and marine biology, all while maintaining three green houses and a fish room filled with over 3000 gallons of tanks and vats of fish. 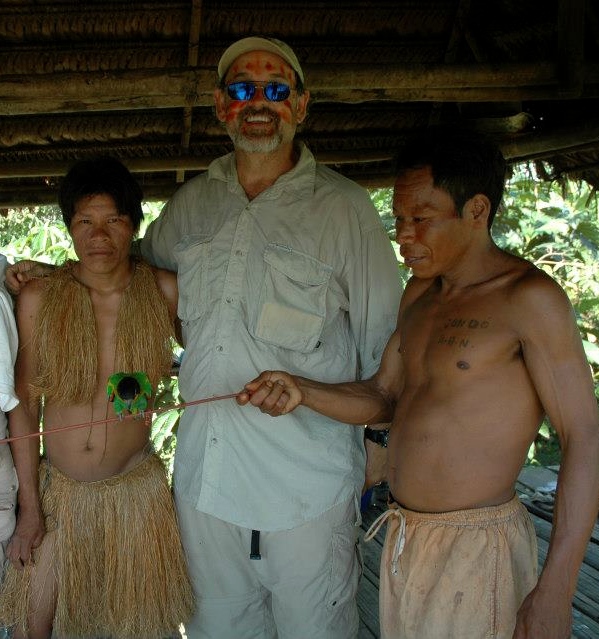 In recent months, Dr. Mazeroll has been visiting clubs talking about his Peruvian research and the perils of fish collection. This work has included observing the  spread of non-native plants and fishes, including Hygrophyla and Amazon Swordplants,  guppies and gouramis, in the area around Iquitos. This work has also spread to include three new species that he is describing from his time in the field.

Dr. Mazeroll’s time in the field has led to increasing concerns for the aquatic life in Peru. The aquarium trade might be considered a double-edged sword. On the one hand, Mazeroll recently stated that human encroachment is having many negative effects on the region. Among several commonly understood problems (clearing land for agriculture or mining) Mazeroll noted that, “in 2013, over 400 metric tons of live aquarium fishes were exported out of the Peruvian Amazon basin to the United States and Southeast Asia (primarily Japan).” As elaborated in the project’s video, this is roughly 10 billion fish in 2013. The removal of these fish, “ further [reduces] their numbers in the region.”

That said, Mazeroll also cites the strong benefits of the aquarium trade in the region. “The aquarium trade is a multimillion-dollar business for some of the poorest areas of Peru where most other business opportunities do not exist.”  The aforementioned 2013 exports brought $3.4 million dollars, which “goes directly into the local fishing communities, creating revenue that would otherwise have to be sought by cutting down the forests.”

Help us build the “Amazon Research Center for Ornamental Fishes” in Iquitos, Peru

In light of this Dichotemy, Dr. Mazeroll and two biologists from Iquitos, Peru, purchased 2 acres of previously cleared lands with the intention of starting the Amazon Research Center for Ornamental Fishes. This first of it’s kind facility will be, “devoted to the research of sustainable breeding, diseases, ecology, and conservation of ornamental fishes.”

In order to get this project rolling, Dr. Mazeroll has launched an IndieGoGo campaign to raise $15,000, the first phase of a three-phase plan to develop this destination facility in the heart of the Peruvian aquarium trade. The first phase of the building plan, if successfully funded, will create the necessary laboratories and research ponds. Roughly $10,000 is allocated to construction of the lab, with the remainder going to pond construction. It’s worth noting that construction costs are significantly lower in Peru than, say, the US; Dr. Mazeroll relayed that a home for a worker in the region might only cost $1,000 to build. If funding doesn’t hit the initial $15,000 goal, the organization will simply do as much as it can with what is obtained, with the remaining construction to occur at a slower pace as additional funds are secured. 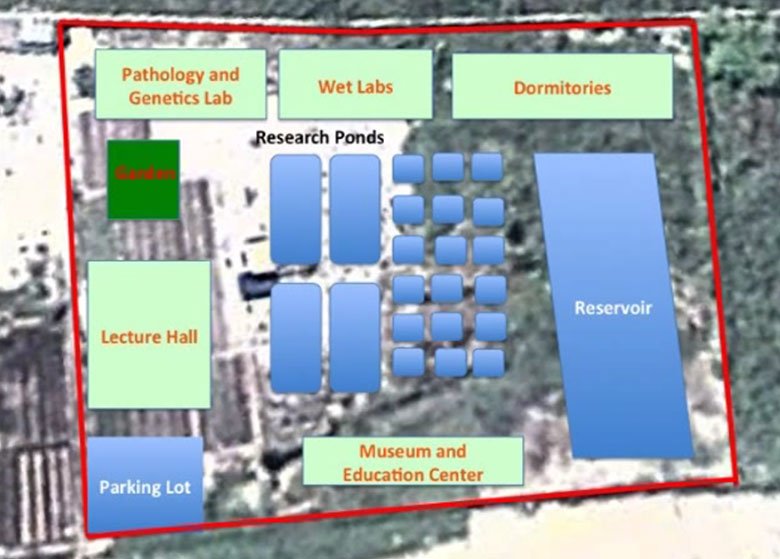 The approximate layout of the Amazon Research Center for Ornamental Fishes when all 3 building phases are funded and built.

Why Is This Project Needed?

The main goals of this project are to ,”develop sustainable aquaculture practices of local aquarium fishes and share that information with local fish farmers resulting in the reduction of fish being extracted from the surrounding waterways. In addition, the pathology lab will undertake research on the diseases that are commonly found in the ornamental fish trade in Iquitos.  The information on prevention and treatments of these diseases will again be disseminated to the stakeholders in Iquitos.” From our perspective, on the surface this project’s mission is not dissimilar to the role that University of Florida’s Tropical Aquaculture Lab plays within the vast Florida ornamental fish farming industry.

Joining Dr. Mazeroll in this work are two Peruvian scientist partners. With over 20 years of fish industry experience, Carlos Chuquipiondo G., an aquaculture graduate from the  Universidad Nacional de Amazonia Peruana, is an accomplished fish breeder, as well as the general manager of Amazon Tropicals Aquarium in Iquitos. 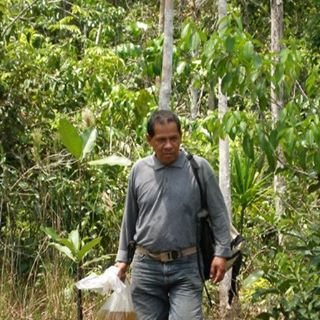 Carlos Chuquipiondo G., team member with over 20 years of experience in the Peruvian fish industry.

Fernando Carlos Ramos E., M.S. is certified in veterinary medicine by the National University in San Marcos, Peru, and carries a masters degree of fish pathology from the same university.  Both Ramos and Chuquipiondo bring important on-location skillsets to support the centers core objectives. 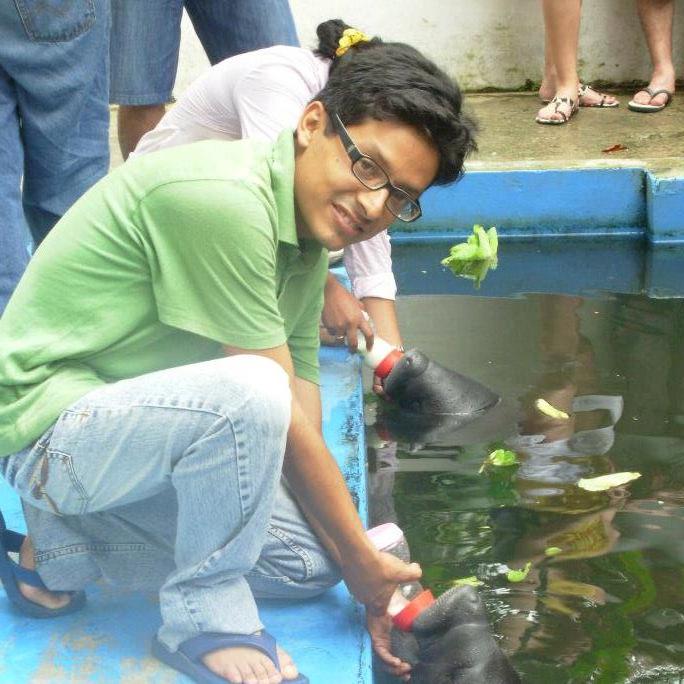 Fernando Carlos Ramos E., M.S., a specialist in tropical fish diseases, and a member of the team.

Donations to the project through IndieGoGo are tax deductible as a verified non-profit; the funding campaign, started on October 28th, 2014, runs through December 12th, 2014.

Be sure to watch the informative campaign video for more on the need, and plans, for this project.