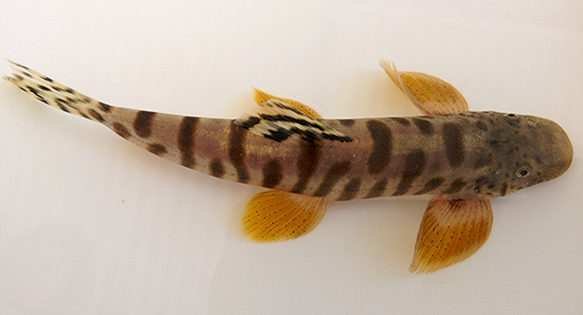 The impressive Cloud Leopard Loach (Vanmanenia crassicauda), one of several new species forthcoming from Vietnam. Read on to see more (and another stunning view of this amazing species).

I recently spent the better part of three weeks in Vietnam, and aside from a short trip to the mountain town of Dalat and beautiful beaches of Nha Trang, most of it was spent visiting aquarium fish breeders and exporters in and around Ho Chi Minh City (Saigon). Vietnam is a major exporter of both freshwater and marine fish and I was not in the least disappointed by the variety and quality of fish I saw during these visits, but one particular stop stood out among the others in an unexpected way. The country is well known for producing some very impressive tank and pond raised freshwater fish like discus, certain livebearers, and tetras. But one dedicated exporter with an extensive knowledge of native fish is looking to change that by introducing some absolutely stunning wild collected freshwater species into the trade.

As luck would have it, many of these will soon be more widely available in the US market. Here’s a detailed look at some of the more impressive specimens I had the chance to see during my visit with some notes on collection and care. Not all of these are entirely new, but none have been common in the hobby and I hope their availability will help spark a broader appreciation of this country’s unique freshwater fauna. 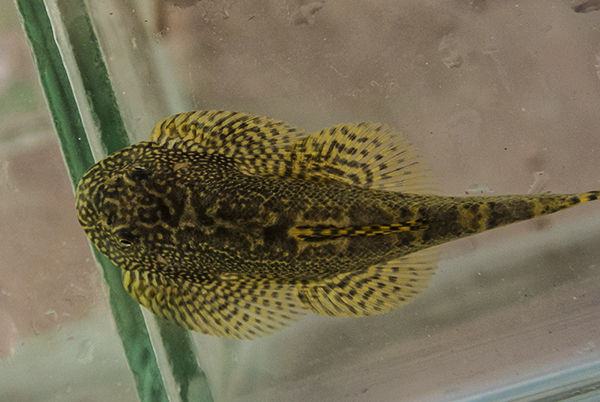 Sewellia sp. ‘SEW03’: The ‘butterfly suckers’ of the genus Sewellia are without a doubt one of the more extreme examples of physical adaptation among freshwater fish. With paired fins fused to turn the entire underside of the fish into a powerful suction device, these fish are able to inhabit otherwise inhospitable rocky stretches of fast moving streams. This new species is adorned with an intricate pattern and a subtle array of rich golds, tans, and greens which really need to be seen in person to be fully appreciated. 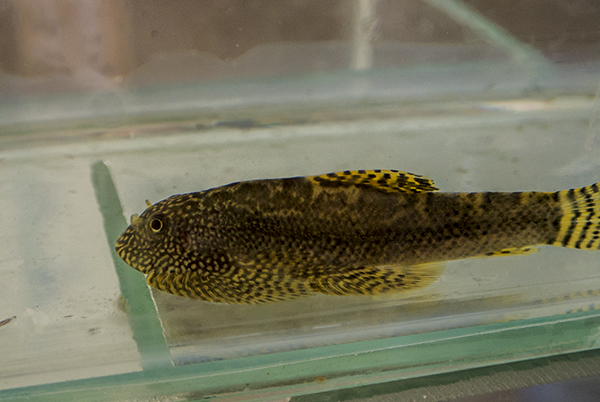 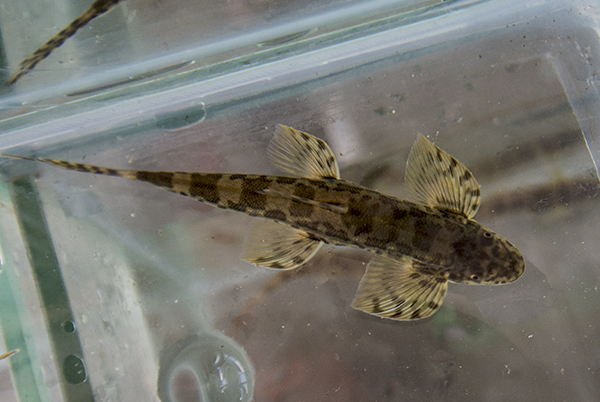 Butterfly Loach (Annamia cf. normani): A handful of species of butterfly or lizard loaches (representing several genera) have been imported for the trade in small numbers in recent years, but in my opinion none have been anywhere near as striking as the large specimens I had the chance to see at this export facility. I believe these represent an undescribed species of Ammania, although they are generally exported under the trade moniker Homaloptera sp. ‘Vietnam’. Just like many of the fascinating Cobitiids native to Vietnam, this fish is adapted for life in shallow, extremely fast moving waters. Interestingly, a few species of this genus are thought to be specialized feeders on cyanobacteria (slime algae) which could prove a useful trait in an aquarium setting. 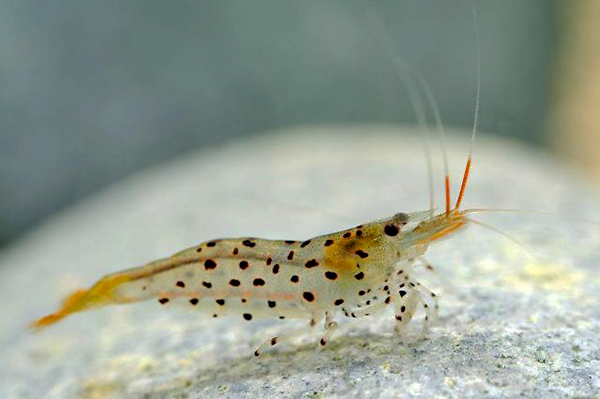 Armadillo Shrimp (Caridina rubropunctata): With most of the buzz surrounding freshwater shrimps going to the ever-growing number of colorful line-bred forms, it’s easy to forget that there are still some pretty neat wild shrimps out there too. This colorful dwarf shrimp, sometimes called the leopard shrimp, is endemic to Vietnam and has only very rarely made its way into the trade. It is found in springs and spring-fed streams in the North of the country, where the water is generally soft and somewhat cool. 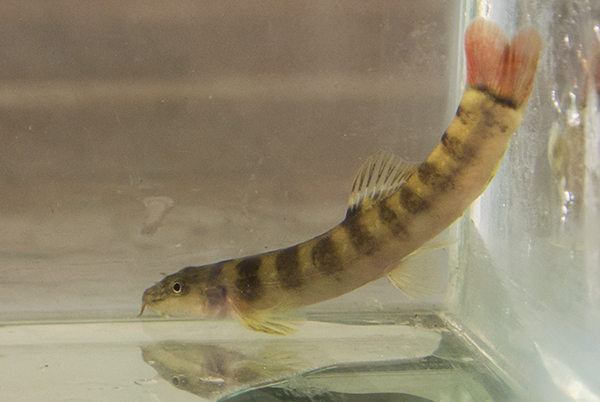 Schistura (multiple species): The genus Schistura is an enormously speciose one, containing many likely undescribed species and possible geographical variants ranging throughout Asia, including all of Southeast Asia. Many are quite attractively patterned and make excellent aquarium fish, and as new species continue to make their way into the trade from India, Myanmar, Thailand, and Vietnam, the genus should see a well-deserved spike in popularity. I saw a number of eye-catching specimens at this export facility that should excite any loach lovers out there and I’m personally looking forward to keeping some Schistura in my own tanks in the near future. Side note- if any readers can ID the loach pictured to the species level, please feel free to comment! 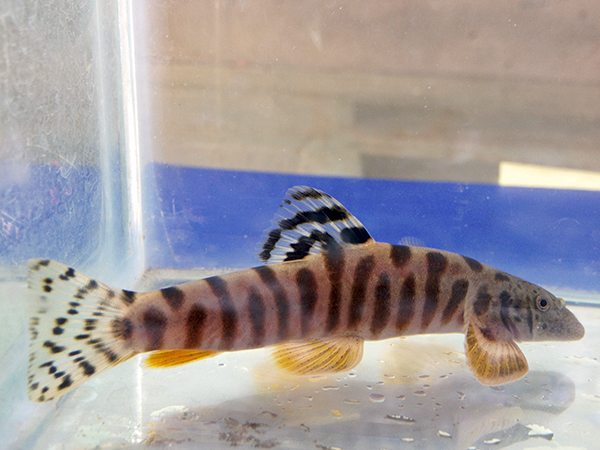 Clouded Leopard Loach (Vanmanenia crassicauda): This showstopper of a fish is an extremely recent addition to the aquarium trade and is very likely to become a highly sought after species. Hailing from a few river systems shared between Northern Laos and Vietnam, the extremely remote nature of these loaches’ habitat means they are likely to remain a rarity in the hobby for some time. Details in the scientific literature regarding this species are scant, and the max size listed was 6.7 cm in the original description paper (Kottelat, 2000). The first fish available for export, however, are an impressive 8cm+, so it is likely this species grows to a more substantial size than once thought. Based on the collection area for these fish, it can be assumed that they prefer fast-moving, relatively cool water and any aquarist fortunate enough to get their hands on some would do well to try and replicate their natural habitat as closely as possible. 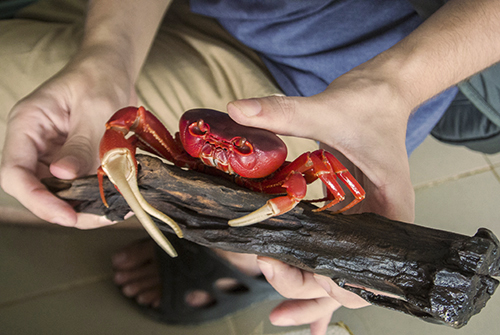 Full Red Crab (Indochinamon sp.): While not exactly a fish nor even entirely aquatic, this species of burrowing freshwater crab is so fascinating that I had to include it here. The exporter came across this species only recently in the mountainous regions of North Vietnam, where they occur abundantly on the edges of small to medium streams and rivers. As a powerful burrower, they inhabit the sandy banks of these streams where their burrows are often 1-2 meters in length. Unlike some other popular semiaquatic crabs in the hobby (like the so-called Halloween or soapdish crabs), this almost certainly undescribed species is social, and will live peacefully in a group setting with conspecifics. 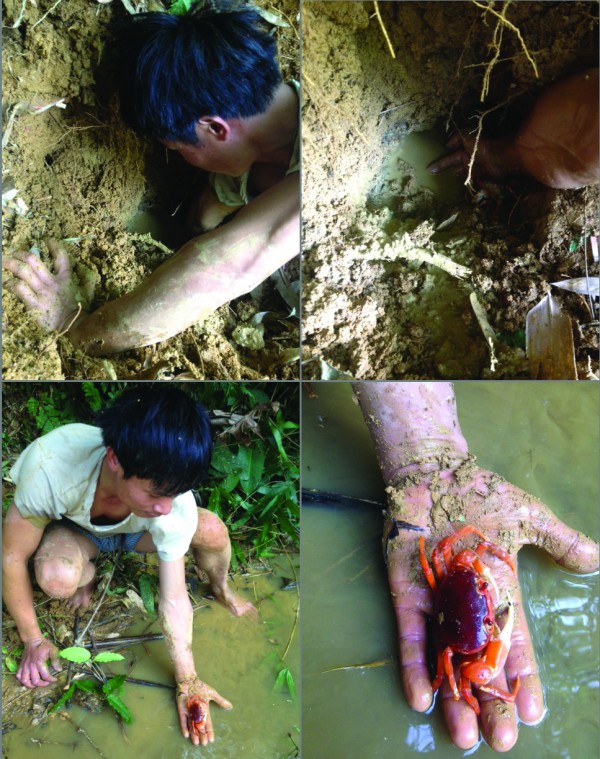