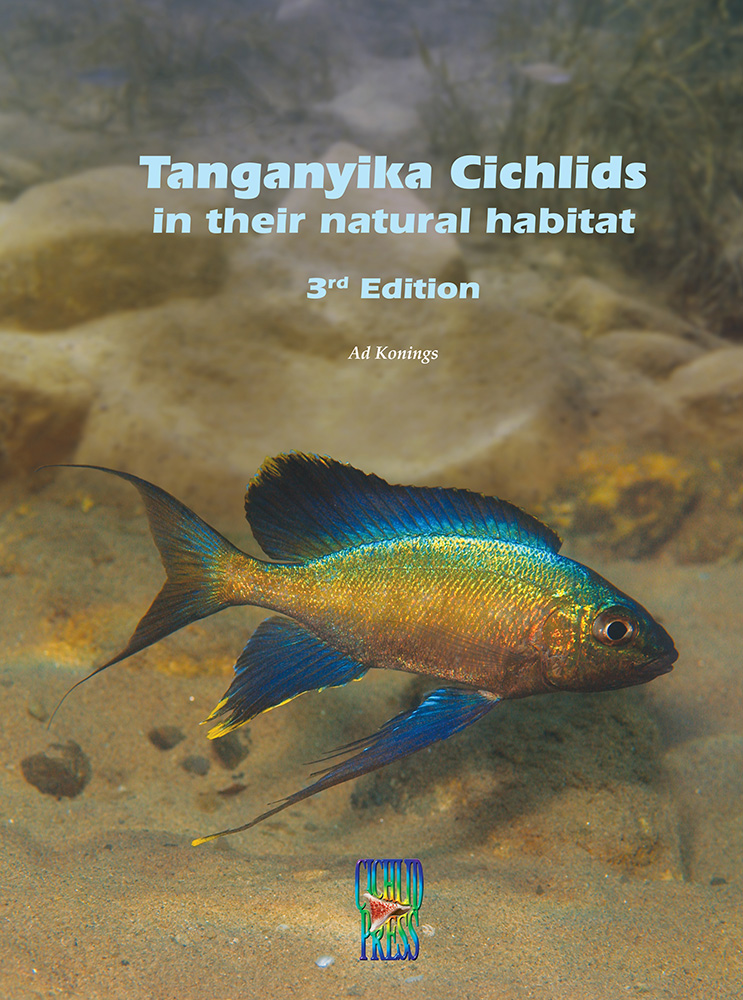 It’s been 17 years since Ad Konings last published a book on Tanganyikan Cichlids. There’s no doubt that much has changed since then. After almost two decades, Ad Konings has compiled what is sure to be a landmark contribution with the 3rd edition of Tanganyika Cichlids in their natural habitat. This book will certainly be a must-have for any aquarist pursuing the recreation of a Tanganyikan biotope aquarium. This third installment will likely become the de facto, definitive new reference for African Cichlid enthusiasts looking for everything there is on Lake Tanganyika’s resident Cichlids. The Cichlid Press website lists expected availability as of March 15th, 2015, and select retailers are taking pre-orders at this time.

From the back cover:

For more than a century the cichlids of Lake Tanganyika have been a focus of scientific attention, and many interesting facts regarding fish behavior have been learned from study of this complex fish community. During the last five decades almost all of the 219 known species have become available in the aquarium hobby, and most of them have proved to be excellent aquarium residents, allowing aquarists to make a considerable contribution to our knowledge of these fishes through observations in captivity.

This third, revised, edition of the definitive study of Lake Tanganyika cichlids discusses and illustrates more species than any previous publication. Basing his study on more than 750 hours of underwater observations all over the lake, the author characterizes the species by their habitat preferences, distribution, feeding and breeding behavior, and coloration.

The more than 1200 photos illustrate all known Tanganyika cichlids, and the majority were taken in the lake, portraying the fish in their natural habitat. And the wealth of information on the natural environment this book contains will render it increasingly possible to maintain each species in the most natural way, allowing it to behave as if it were in the lake. Only by thus duplicating their normal environment can we expect to be treated to the natural behavior of these cichlids.