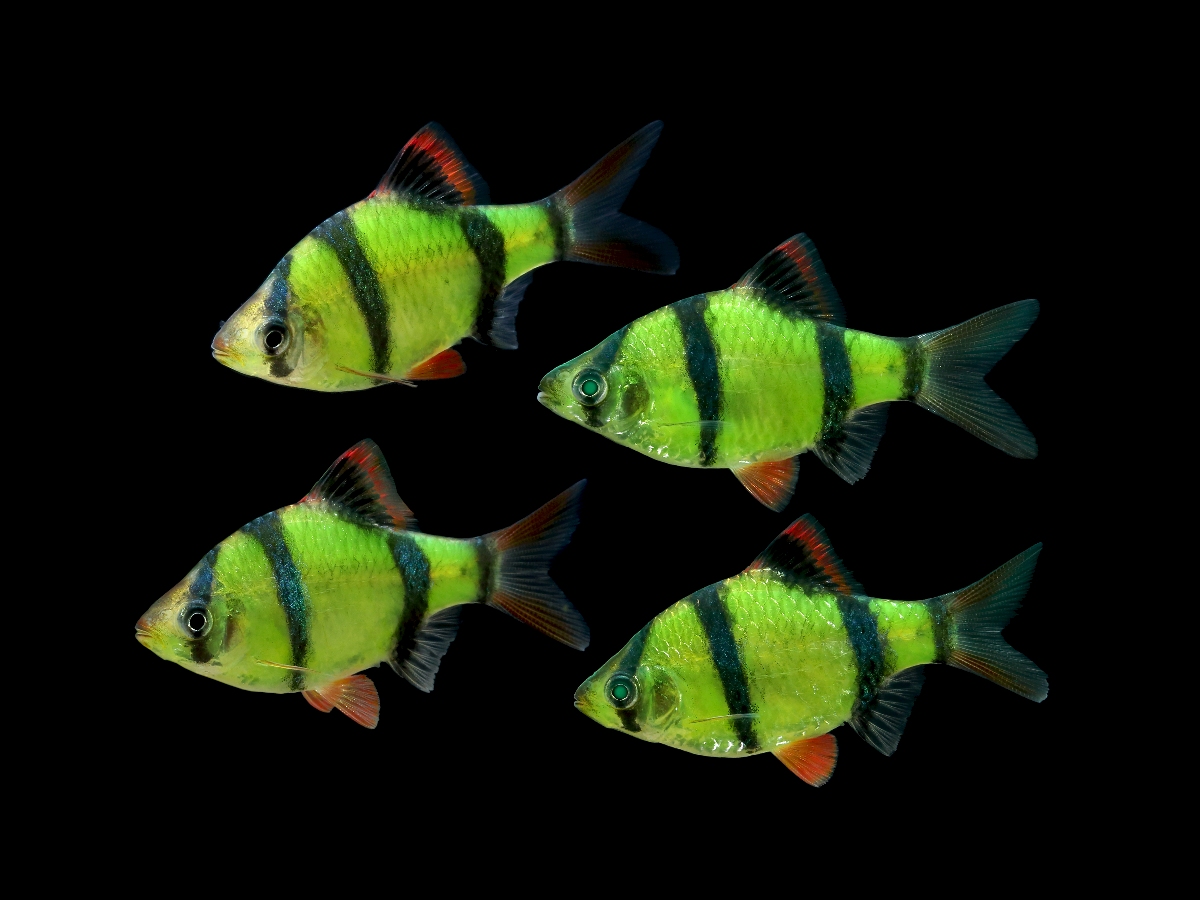 You saw it here first on Reef2Rainforest.com: an exclusive sneak peek at the latest introduction in the world of transgenic GloFish®. Officially being announced tomorrow (February 26th, 2015), the latest permutation of GloFish is the fully striped, non-albino form of the Tiger Barb (Puntigrus tetrazona).  GloFish representatives state that the existing albino version, known as the GloFish Electric Green Barb, will be phased out of product by March 10th, and the planned introduction date for their new, striped counterparts, is March 29th.

Unlike all other GloFish variants to date, which have been built upon ornamental fish varieties with reduced melanin (presumably to allow for the maximum and unhindered expression of fluorescence), these new Striped Electric Green Barbs appear to be fully capable of producing melanin. This yields a “high-contrast” look not seen in the rest of the GloFish offerings to date. 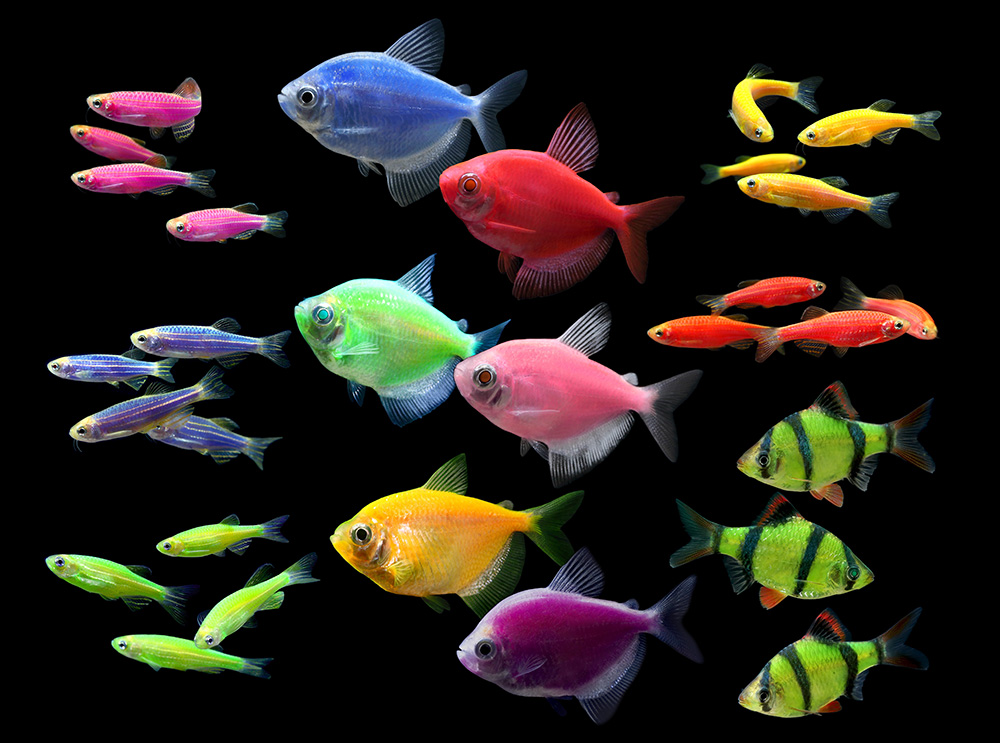 The GloFish Lineup as it looks for spring 2015.

“We’re very excited about the first ‘high-contrast’ GloFish. We think this will be a great addition to the GloFish family!” wrote Alan Blake, CEO of  Yorktown Technologies, L.P., the company behind GloFish. Blake went on to note that supply of the new Striped Electric Green Barb will be limited at first, requiring several months to ramp up production. Like all other GloFish, this line will be exclusively produced and distributed by Segrest Farms and 5-D Tropical.