Ready for the new season!

Rising temperatures in central Europe are promising an early start for the pond season there. The fish wholesaler aqua-global—Dr. Jander & Co. OHG in Werneuchen north of Berlin, Germany, says it is already well prepared and has stocked a large number of healthy and attractive goldfish and koi varieties, plus many native fish species and other aquatic animals. According to Jander, the fish are conditioned for several weeks in their flow-through system and are in excellent condition by the time they are delivered to the retailers. 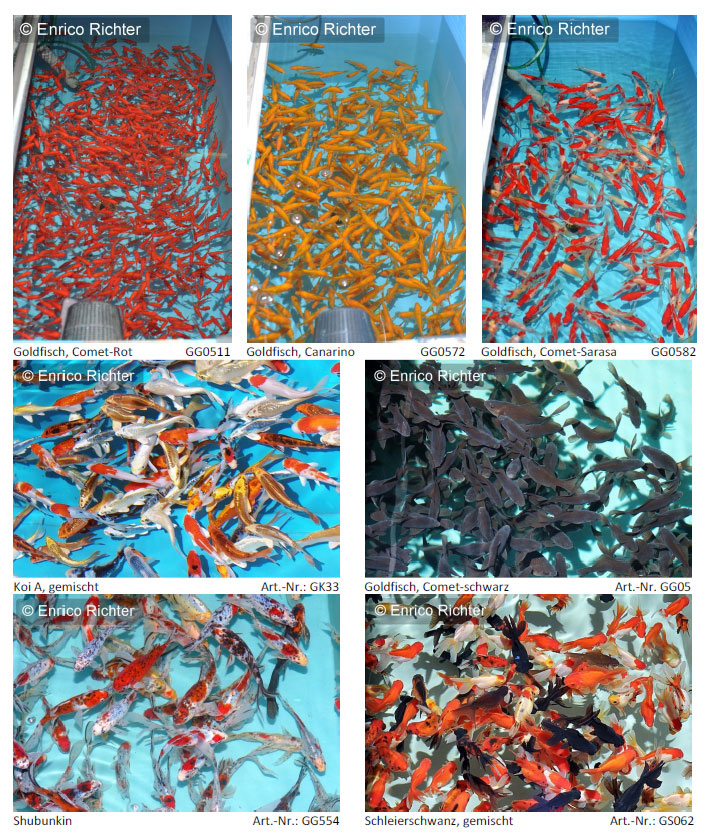 Native pond fish for the habitat pond in the garden

Many pond owners prefer native fish for their ponds instead of goldfish or koi to create more of a natural habitat. Among these native choices are some small and interesting species that are ideal for smaller ponds. Particularly recommended are sticklebacks, Belica (Moderlieschen in German—”motherless minnows”), European Gudgeon, or bitterlings. Native snails and mussels are also available. 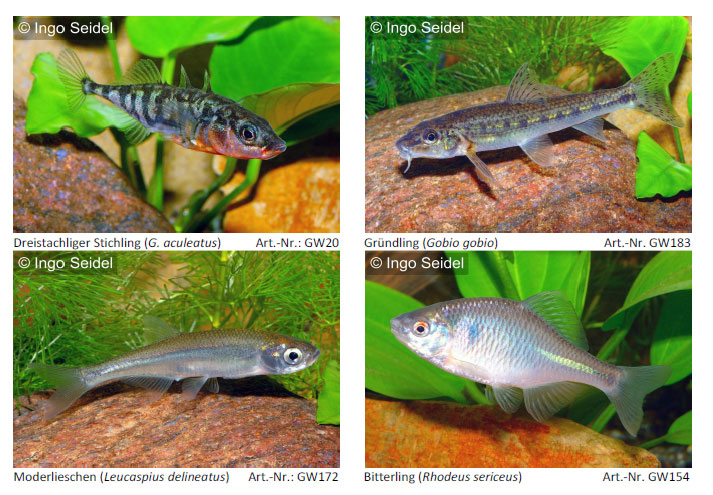 Sticklebacks, Moderlieschen, European Gudgeon and bitterlings represent some of the European offerings in Germany this year.

Among the natives on offer are also breeding forms. They are a great alternative to goldfish and koi to add a touch of color to the garden pond.

Ornamental color variants of European native species are also on offer this year.

Owners of spacious ponds have the opportunity to maintain larger fish. Several sturgeon species such as Sterlet or Russian Sturgeon are very attractive large pond fish. These fish are sourced from local fish farms and are legally traded in the European Union.

Aquacultured sturgeon represent an unexpected choice of pond fish for those with large bodies of water.

In addition to native fish, aqua-global offers a wide range of North American species that often distinguish themselves with brilliant colors. These animals originate in temperate climatic conditions and are well suited for the garden pond. Even the Rainbow Shiner from the Southern USA, which likes slightly higher water temperatures, can be overwintered in Europe. 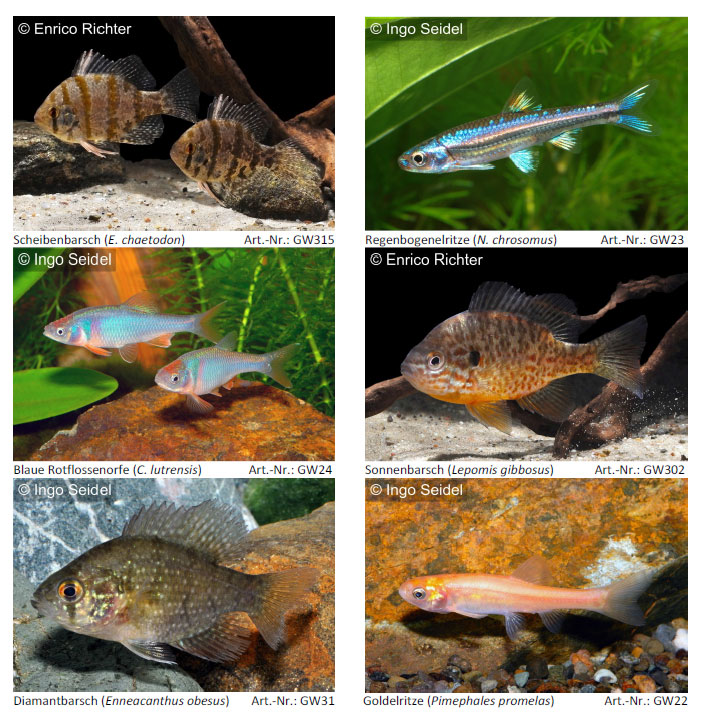 North American natives are being aquacultured for the European market as well.

It is important to note that none of these fish should ever be released in any local waters as they could jeopardize the local fauna! Like many of the responsible fish suppliers in Germany, aqua-global supplies brochures to customers that point out that the release of any species—native or not—is not only illegal but simply unworthy of any fish enthusiast. Buying an animal brings along responsibility that goes beyond buying a geranium.