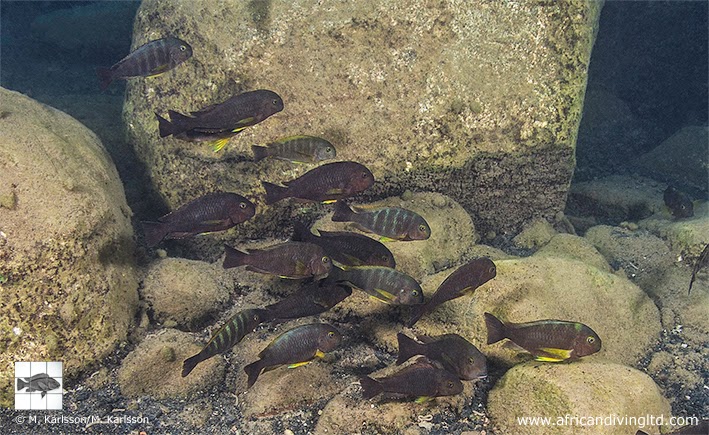 Excerpted and edited
with permission from the African Diving Blog

All true Tropheus species of Lake Tanganyika in Tanzania have been observed to include individuals that possess a colourational anomaly, a chromatic mutation that usually comprises a mixture of mostly black, yellow and orange colours, which is sometimes in combination with the normal colouration of the species, or variant. An individual of the tribe Tropheini with such an anomaly is locally and commonly known as Kushangaza, meaning “amazing, awesome, or surprising” in Swahili. The term was coined in 1990 and applied to the first Tropheus individual discovered at Udachi (Q7) which was surprisingly golden and, was therefore termed “Golden Kushangaza” {see picture here; see video clip here}.

In southern Tanzania, Tropheus moorii “Red Rainbow” is no exception to variants known to occur in the form of Kushangaza {see picture here}. 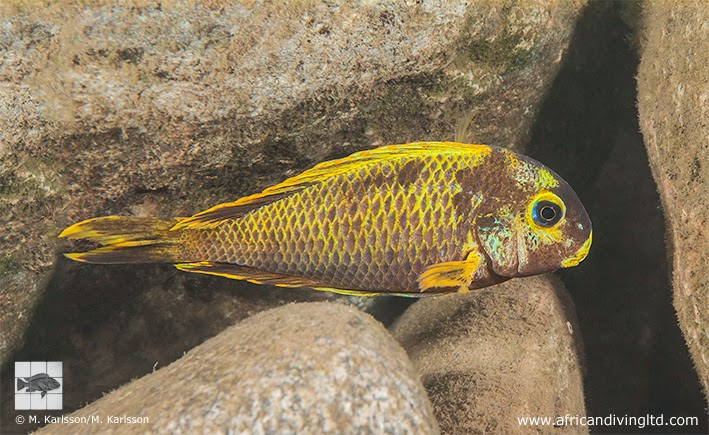 Fig. 1. A Kushangaza—”awesome”— form of Tropheus sp. “Crescentic” just south of Halembe. Mutant coloured individuals are rare in this locality. The rocky shore south of Halambe village harbours the southernmost population of this species. The name “Crescentic” derives from Pierre Brichard’s observations of Tropheus in the late seventies and in the eighties.

Fig. 2 (left). Females and sub-adults of Tropheus sp. “Crescentic” may show a semi-striped colour pattern as this individual, photographed in the shallows south of Halembe village. Males are usually solid greenish brown. Fig. 3 (right). Villagers’ canoes in the small creek at the centre of Halembe village.

At Halembe (L5), about 35 kilometres (km) south-southeast of Cape Kabogo (J4) in Tanzania, a Kushangaza variety of the local and common Tropheus species is quite conspicuous, but also extremely rare. Individuals appear with exclusively black and yellow colours in a rather irregular combination (Fig. 1). The normal colouration of this Tropheus species comprises an all greenish brown, or dark-brown body, with a small round part of the chest being yellow, or yellowish. This Tropheus species is commonly identified as Tropheus brichardi. However, this is unlikely a correct identification. What may be called the real T. brichardi exists only at Nyanza (E3) in Burundi (the type locality) (Nelissen and Thys van den Audenaerde 1975) and, by all accounts, along the shores southwards from Nyanza (or Nyanza Lac sensu Brichard 1989) to the rocky habitat just north of the estuary of the Malagarasi River (I5) in Tanzania (Brichard 1989: 154; pers. obs.), as well as along the shores just north of Nyanza Lac (Brichard 1989: 168; 183, map). The colouration of the variants found from the border of Burundi and Tanzania to the Malagarasi River varies only slightly; earlier, these were together referred to as the ‘striped variant’ (Staeck 1985: 114). However, T. brichardi seems to be absent from the rocky habitat along the shores of Gombe Streams National Park (G3), north of Kigoma (H3) (Seehausen 1993: 170). Further on, the Tropheus variant found at Rumonge (D3), 25 km north of Nyanza Lac and across a sandy and swampy geographical barrier, belongs to another species (Brichard 1989: 162, 190). 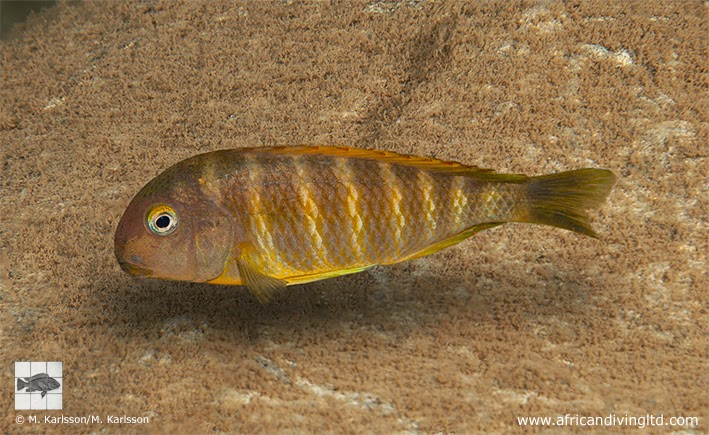 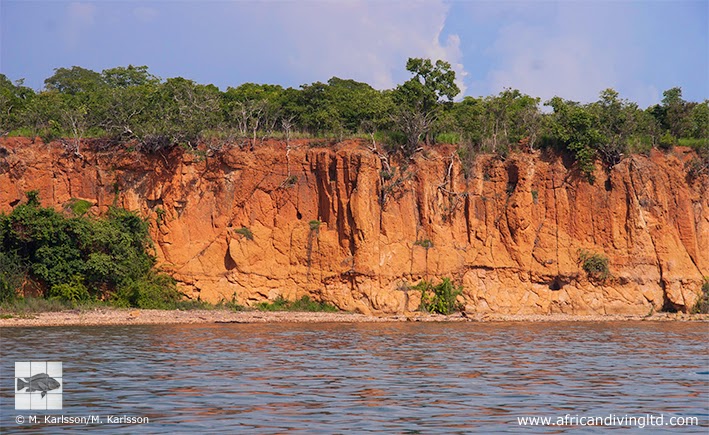 Fig. 6 (left). Just north of Moyobozi villgage (I4) Tropheus are rare due to suboptimal habitat. In the picture is a male individual in very shallow water. Fig. 7 (right). The southernmost population of Tropheus brichardi is found just south of Moyobozi village in Tanzania. The habitat is rich in sediment due to the Malagarasi River estuary, located just 20 km further south. Picture captured in 3 metres depth.

Continue reading the feature length article on the African Diving Blog, including discussions of Tropheus sp. “Crescentic”, Tropheus sp. “Lukuga”, and how these forms fit into the quilted tapestry of Tropheus diversity in relation to T. brichardi and T. moorii, and the overall radiation and speciation of Tropheus.

Swedish brothers Magnus Karlsson and Mikael Karlsson, cichlid writers and underwater photographers specializing in the cichlid fishes of Lake Tanganyika and Malawi. From the late 1980s to the middle of the 2000s they were active as ornamental fish exporters in Tanzania (African Diving Ltd.)