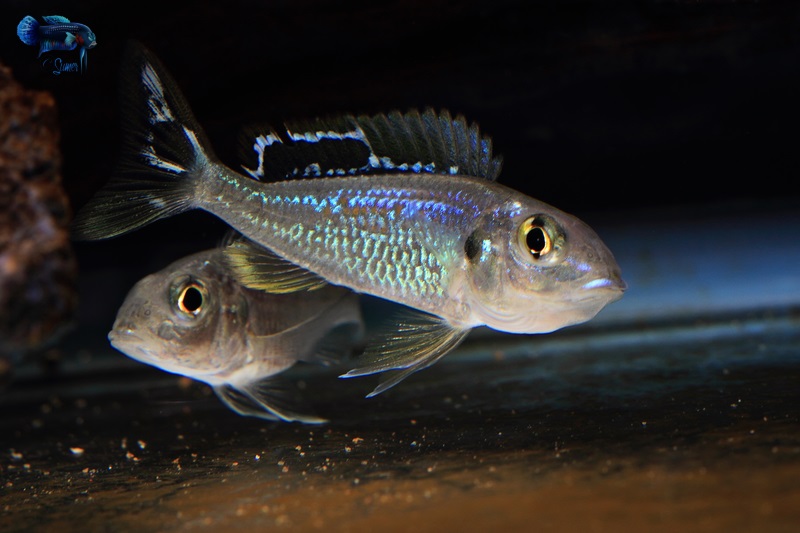 AMAZONAS Magazine readers may remember my article and blogposts about Altolamprologus compressiceps sp. ‘Sumbu shell’. They bred for me, resulting in a big batch of fry. But lightning struck: my pump stopped working one night and killed all the fry.

Since then, their tank has sat there, empty, staring at me every time I was around. It made me feel bad about what happened. Then, I was visiting a fellow hobbyist’s fish room when I saw Callochromis pleurospilus. These fish seemed like some kind of Xenotilapia at first. Later I found out that they are a little different from Xenotilapia because they have one less lateral line on the body (2 vs. 3 of Xenotilapia).

I did not give it much thought and bagged 5 juveniles which were about 3/4 of an inch in size. I just wanted to see some Tanganyikan cichlids in that tank. I knew in the back of my head that these fish need a much bigger tank than a 30-gallon one which I had at home for them. But they would take at least 3-4 months to outgrow my 30-gal. tank and that would give me some more time to look for more suitable fish for that tank.

These fish come from the sandy areas of the Lake Tanganyika, where they sift through the sand to find food. In their natural habitat, they eat small insect larvae, invertebrates, etc. In the aquarium, they eat pellets or frozen food. I started feeding them NLS Thera A+, white worms, brine shrimps, blackworms, and frozen bloodworms. In the next month or so, I could see some iridescent colors appearing on the dorsal fin of the male. They have the kind of colors that you wouldn’t notice across the room. You have to come close to their tank and observe them up close; then their colors are visible, and with every move they make, you can see a hint of a new color. Their scales shine green, blue, and orange at times. Their lips are iridescent blue in color. Dorsal fins have a multitude of colors: pink, red, orange, blue, maroon, etc. They are absolutely stunning fish. 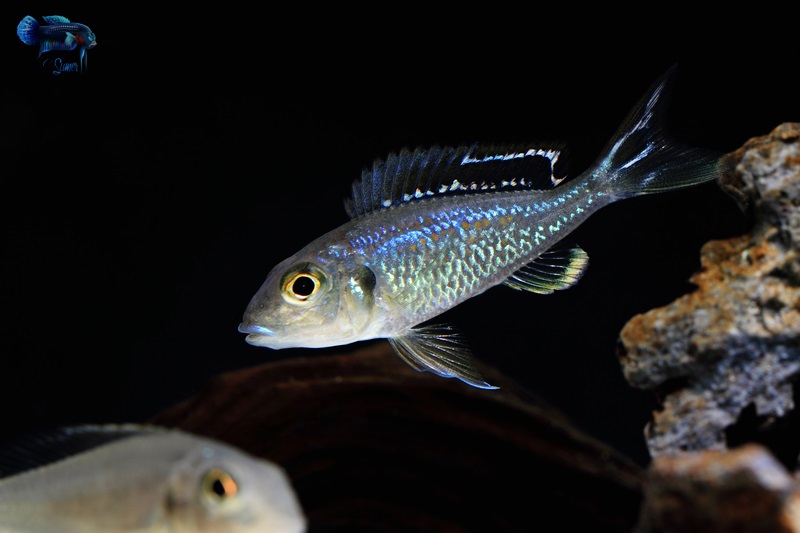 Amazing shining colors on their body 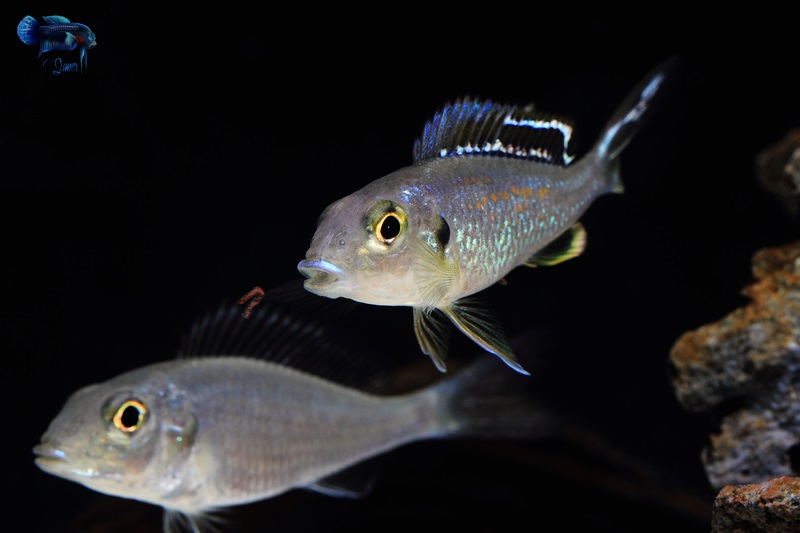 They are always hungry when it comes to bloodworms 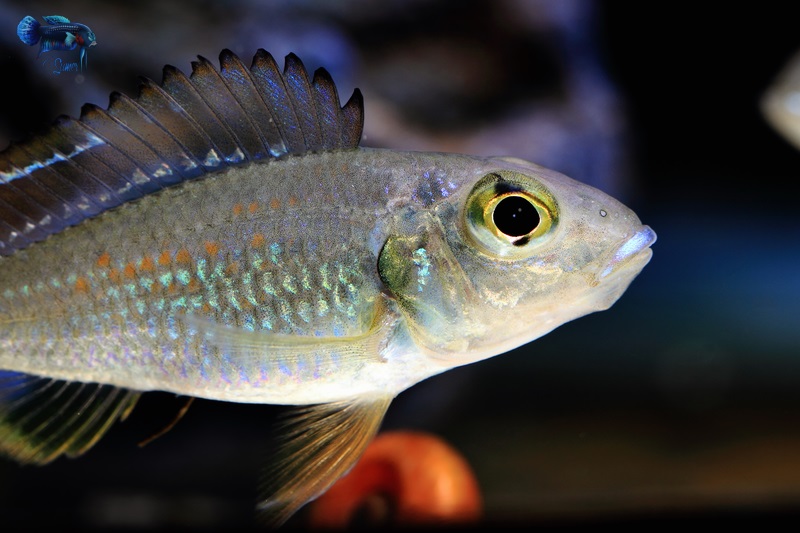 Black outlining on the dorsal fins and blue lips add to their beauty. 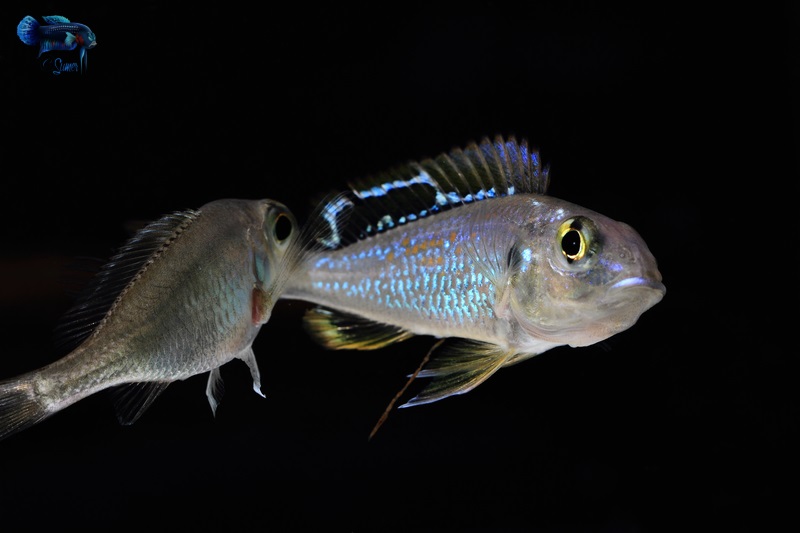 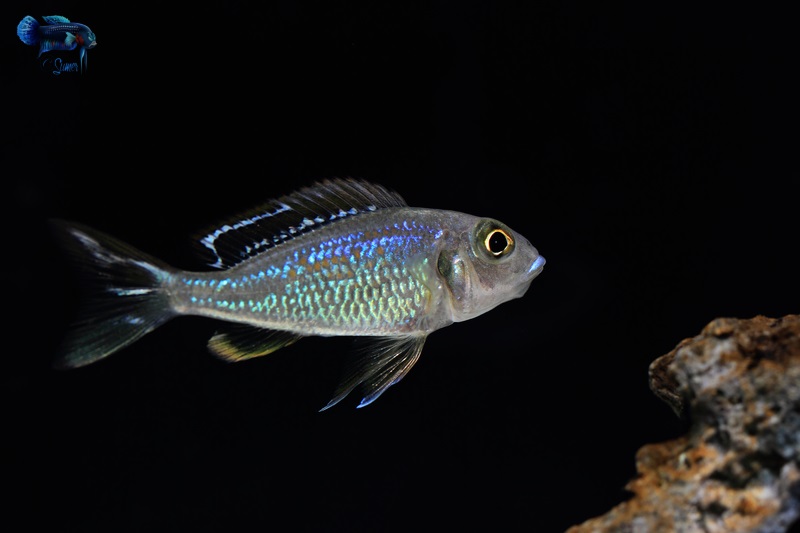 You can clearly see how one half of the body is shining blue and the other is shining green. It depends on the angle of light. 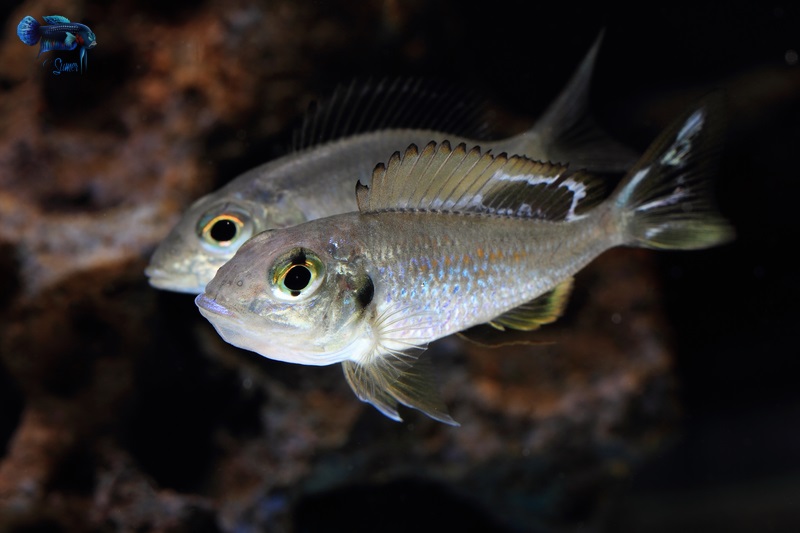 This is the bigger male out of the two males I had, and all the females were impressed by him. 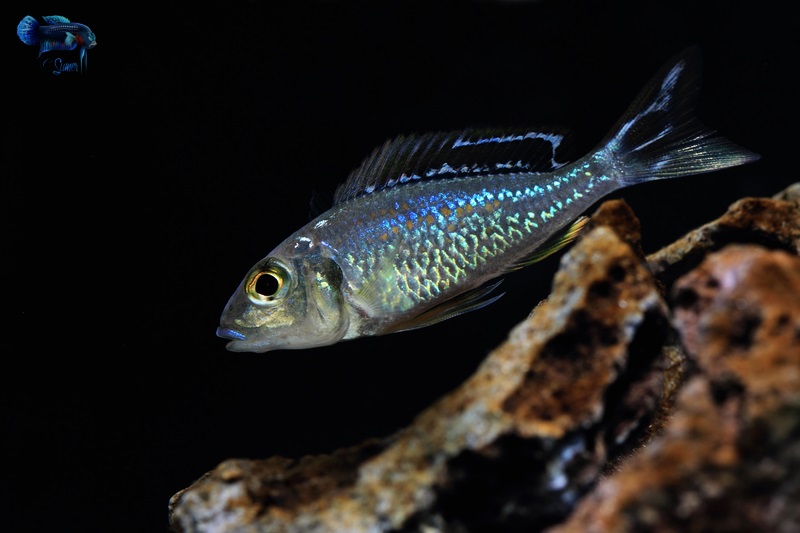 They get spooked very easily. Once spooked, it took them a few minutes to get comfortable and come out of the rocks again. 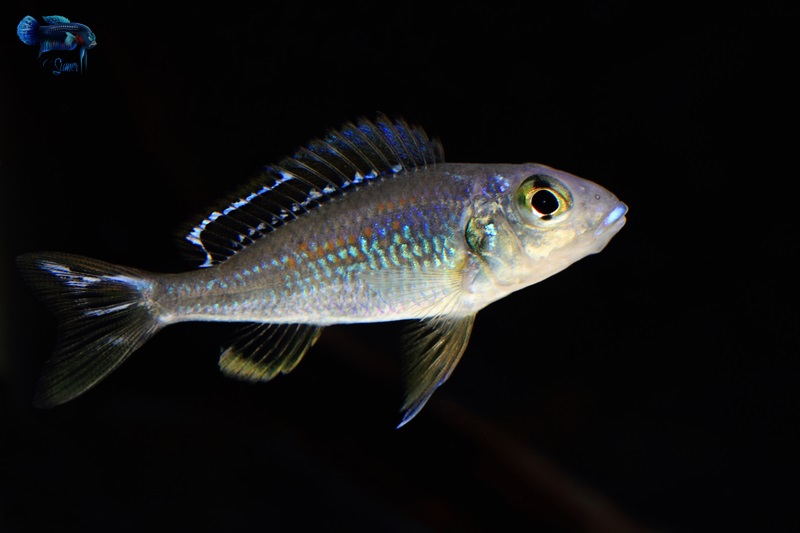 In the group of five fish, I had two males and three females. Just as I had read in various articles, I could see the bigger male get aggressive at the second, smaller male. I tried putting in some rocks to create a visual barrier. It helped at first, but the smaller male continued to grow very slow. By the time I’d had the fish for 3 months, other fish were reaching the 1.5-2 inch mark but the subordinate male was still only one inch in size. I could see the bigger male following the females now.

I decided that it was the time for these fish to go in a bigger tank. I asked local hobbyists if they were interested in these fish, and one came forward with a 180-gal. tank. I gave the fish to him with the promise that he would let me photograph them once they got bigger, and I look forward to sharing new photos in the feature as they mature in this larger aquarium.