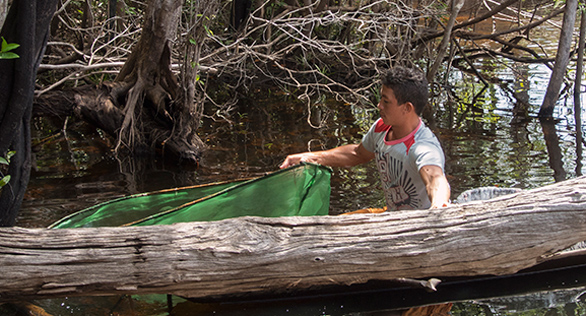 IUCN launches Home Aquarium Fish Subgroup (HAFSG)
Excerpt from Amazonas, September/October 2015
Staff report
Perhaps best known for publishing and maintaining the authoritative Red List of Threatened Species, the International Union for Conservation of Nature and Natural Resources (IUCN) has a 60-year track record of using science to identify plant and animal populations that are faltering or becoming endangered and working globally to prevent wildlife extinctions. In addition, the IUCN is well known within wildlife circles for its many other conservation-related initiatives. Its science investigators are not shy about assigning blame when human activities pose threats to the future of a species, and at times the IUCN has been at loggerheads with both the aquarium trade and native fish collectors in third world countries.

Now the IUCN has announced the formation of a subgroup of the Freshwater Fish Specialist Group (FFSG), the Home Aquarium Fish Subgroup (HAFSG), which is dedicated to home aquarium fishes—a startling sign of changing times. The steering committee of this new group is composed of stakeholders from many different disciplines—from IUCN conservation scientists to members of the zoo and public aquarium community. The group also includes representatives of the global aquarium trade, making it a truly collaborative effort.
The chair of the subgroup is Scott Dowd, senior aquarist at the New England Aquarium and executive director of Project Piaba (another collaborative effort involving the trade, public aquaria, and researchers). Dowd has been a longtime advocate for the sustainable aquarium fishery on Brazil’s Rio Negro and organized the HAFSG as a logical (and global) extension of that work. The group was formally launched at this year’s Aquarama, an aquarium industry conference and exhibition held biennially in Singapore.
HAFSG has set out with this mission statement:
• To identify, validate, and promote the conservation and wise management of wild populations of tropical fishes that are part of the home aquarium trade, as well as the ecosystems where they are found
• To support sustainable, socioeconomic, and environmental benefits for home aquarium fishing communities, especially living in regions of biological importance
• To develop and implement solutions that result in the most robust market for home aquarium fish that result in environmental protectionism, poverty alleviation, and climate stability
Certainly these are lofty ambitions, and time will tell how successful the group is in achieving its goals. But those involved in the aquarium trade are encouraged to see a highly respected global organization like the IUCN recognize that the trade in aquarium fishes can have a positive impact. 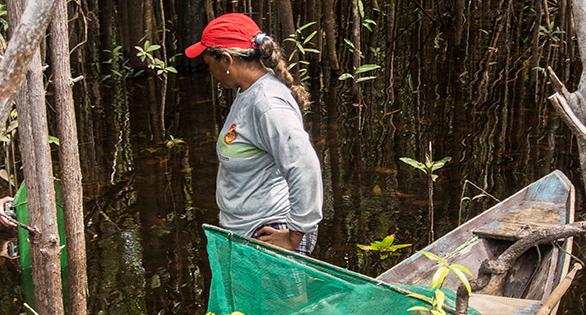 In recent years, the IUCN has become a major proponent of the need for sustainable livelihoods and poverty alleviation to prevent unsustainable resource use and habitat destruction across the globe. The fact that aquarium fisheries provide income for people living in areas of biological importance—such as the Brazilian Amazon or India’s Western Ghats—can help foster environmental stewardship and prevent destructive practices like clearcutting forests for agriculture and indiscriminate food fishing.
Aquarium fisheries have historically not been well studied, and further research is needed to determine cases where the trade has a positive impact and, ideally, apply the lessons learned to regions where the trade is less benign.
In any case, the formation of this group is an encouraging shift in the aquarium world, where conservation scientists, aquarists at zoos and public aquaria, and members of the trade are increasingly working together to promote real-world ways to safeguard critical fish habitats. 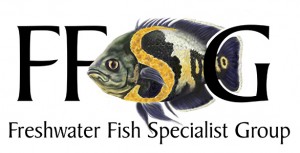 (AMAZONAS senior contributor Michael Tuccinardi is on the steering committeee.) The HAFSG is currently working on compiling a comprehensive white paper of examples in which the aquarium trade supports, or has the potential to support, conservation and habitat protection. This is expected to help focus future research and conservation efforts.
For more information, visit:
www.iucnffsg.org/about-ffsg-2/home-aquarium-fish-sub-group.
SOURCES
Scott Dowd Image: www.KeithSpiroPhotography.com