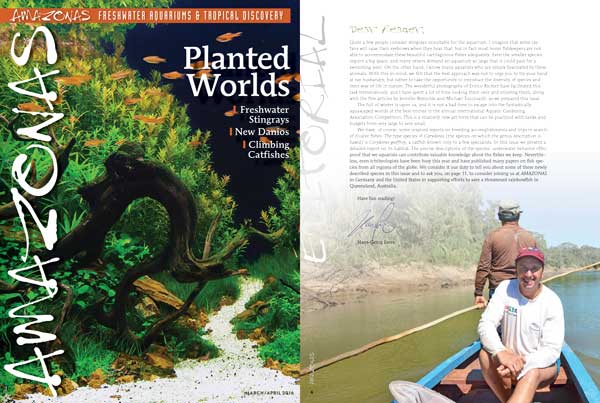 IT’s in the mail: cover of AMAZONAS Magazine, Volume 5, Number 2, and Editorial Page from aquatic explorer, Editor Hans-Georg Evers. On the cover, “Autumn River,” a winning aquascape from the Aquatic Gardeners Association 2015 Competition created by Chaiya Choowa of Bangkok, Thailand.

Readers of the Digital Edition can log in now:  AMAZONAS DIGITAL EDITION
Paid subscribers can log in with their email addresses for instant access. The AMAZONAS Digital version is available for desktop and laptop computers. 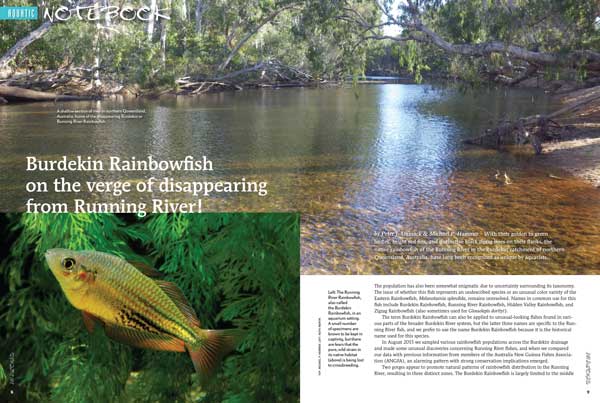 NOTEBOOK: Peter Unmack and Michael Hammer connected with AMAZONAS to express concerns that AU’s Burdekin Rainbowfish is on verge of demise, being done-in by aquarium hobbyists playing god and releasing fish into wild streams. The Australian and New Guinea Fishes Association (ANGFA) isn’t sitting idly by. Discover their plans to secure the species before it’s gone. 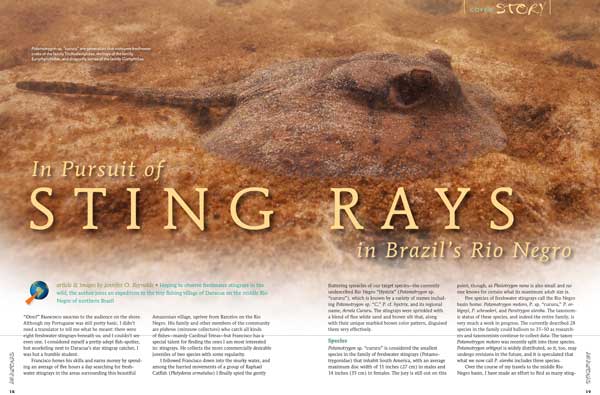 RAYS GALORE: Hoping to observe freshwater stingrays in the wild, professional aquarist Jennifer O. Reynolds joins an expedition to the tiny fishing village of Daracua on the middle Rio Negro of Northern Brazil. Do not miss her report on envenomation and why stings are so dreaded by native villages and fishermen. 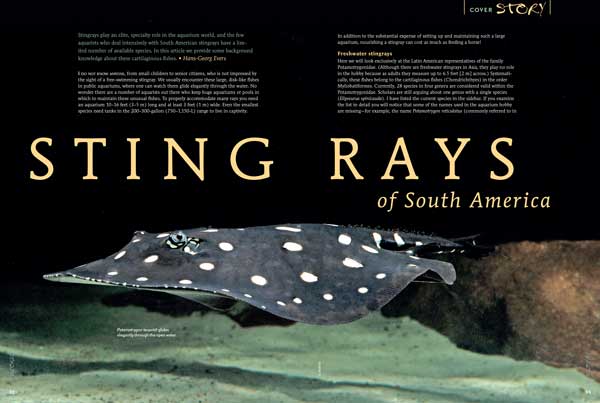 RAYS Special Section: Stingrays play an elite, specialty role in the aquarium world, but there are relatively few South American stingrays suited to long life in captivity. Hans-Georg Evers provides armchair ray lovers a portfolio of images (many by Enrico Richter) and background knowledge about these cartilaginous fishes in “Stingrays of South America.” 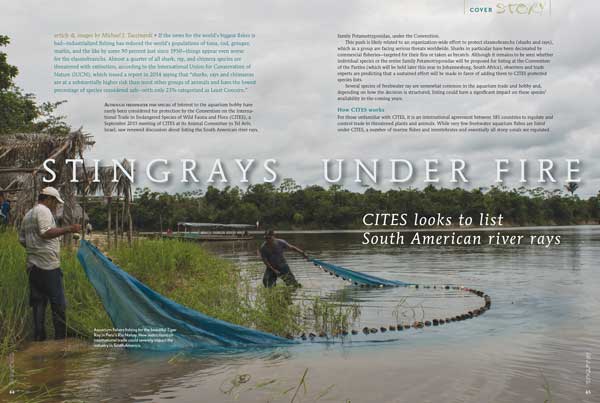 Marine sharks and rays are woefully overfished for human consumption, and new efforts are afoot to protect them. AMAZONAS Senior Editor Michael J. Tuccinardi reports that some freshwater rays may end up included under the CITES convention which could have a significant impact on these species’ availability in the coming years. Read what you need to know in “Stingrays Under Fire.” 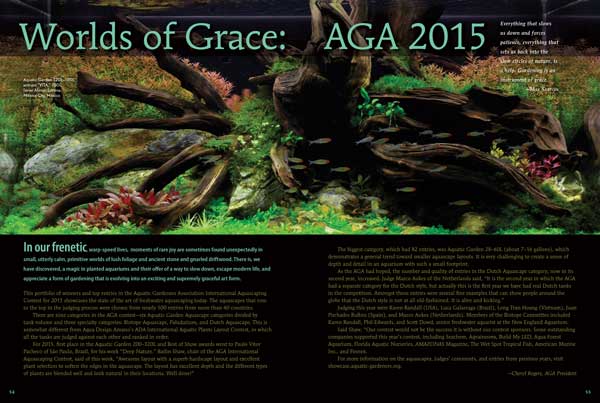 In our frenetic, warp-speed lives, moments of rare joy are sometimes found unexpectedly in small, utterly calm, primitive worlds of lush foliage and ancient stone and gnarled driftwood. There is magic in planted aquariums; we explore it in “Worlds of Grace: AGA 2015” by Cheryl Rogers 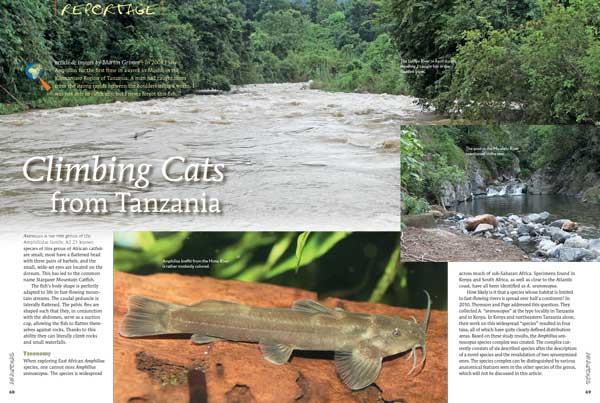 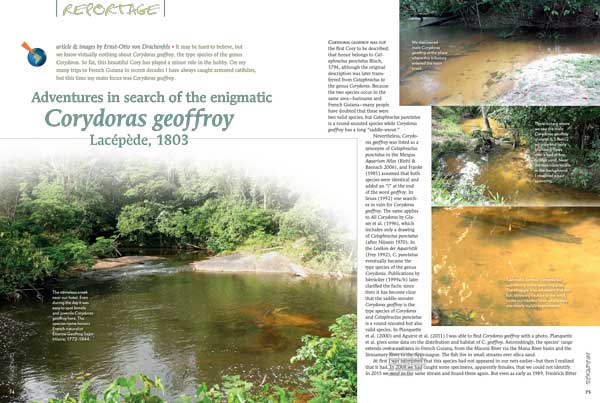 Hard to believe, but we have known virtually nothing about Corydoras geoffroy, the type species of the genus Corydoras. Ernst-Otto von Drachenfels chases down this enigmatic catfish in French Guiana and finds adventure and an unforgettable catfish everyone is going to want to own. 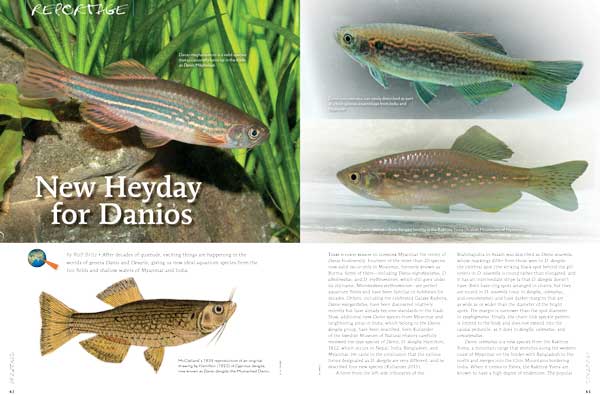 After decades of quietude, exciting things are happening in the worlds of the genera Danio and Devario, giving us some ideal new aquarium species from the rice fields and shallow waters of Myanmar and India. Learn more in “New Heyday for Danios” by Ralf Britz as describes a blizzard of taxonomic changes in the world of exotic minnows.

SUBSCRIBE & SAVE!
Get your personal subscription coming and don’t miss this big issue—just $29 per year.