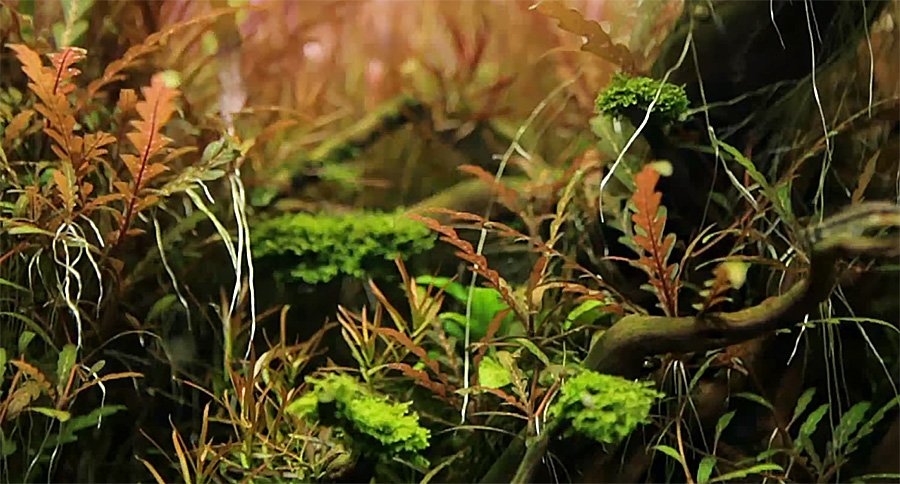 A still taken from the film October Twilight by Norbert Sabat, featuring the aquascaping of Piotr Dymowski

“You know what I’m craving? A little perspective. That’s it. I’d like some fresh, clear, well-seasoned perspective. Can you suggest a good wine to go with that?” – Anton Ego, Ratatouille

I’m a fan of international waters; it’s where we find unusual viewpoints and unique styles outside what we’re exposed to in our daily lives. I only wish I had all the time in the world to swim through the virtual international waters of the Internet; I’d find even more fresh perspective to broaden my own aquaristic palate.

Today, I have to sing the praises of photographer, videographer, aquascaper, and author Norbert Sabat of Aquadesign.pl (who by day apparently moonlights as a civil engineer). I stumbled across his work showcasing ADA Poland’s Idea Studios (which I’ll perhaps share in another post). Upon searching through his YouTube channel, a rather remarkable story unfolded. From early test videos posted in 2012, to the latest release in late 2014, the aesthetic and artistry of Sabat’s audio-visual presentations evolves from rather straightforward to a current style that is downright impressive and engaging. 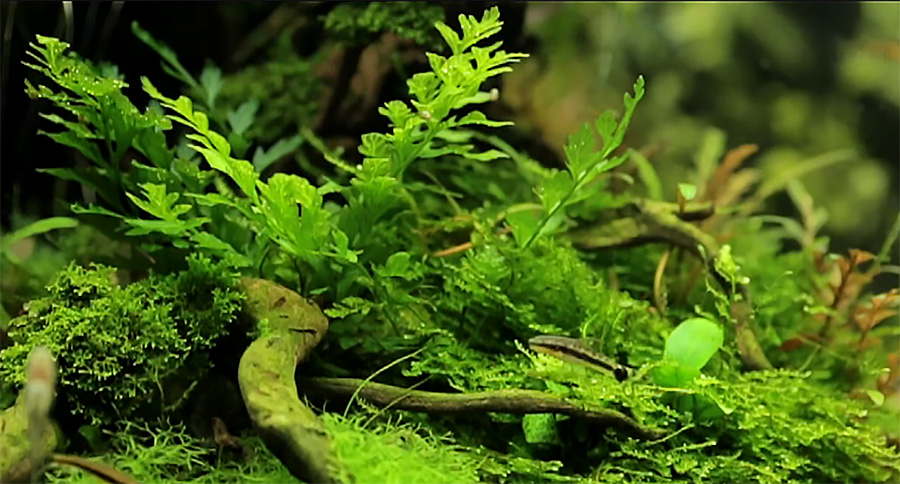 Another beautiful perspective is offered in the film October Twilight by Norbert Sabat, featuring the aquascaping of Piotr Dymowski

Sabat’s most recent aquascaping film, October Twilight, was uploaded in late 2014. It features the aquascaping work of Piotr Dymowski, proprietor of Elite Aquarium in Warsaw, Poland (also on Facebook).

It’s interesting to mention another recent film by Sabat, Reborn, which once again features the aquascaping of Piotr Dymowski. Clearly, Dymowski’s work provides an exceptional springboard for Sabat’s own creativity when it comes to highlighting these aquascapes in film.

“In many ways, the work of a critic is easy,” writes Anton Ego, the devastatingly harsh critic in Disney’s animated film, Ratatouille. “We risk very little, yet enjoy a position over those who offer up their work and their selves to our judgment…The world is often unkind to new talent, new creations. The new needs friends.”

As much as I’ve been able to ascertain through translations of Sabat’s Facebook postings and blog, his life must be in a state of transition. A marriage in 2013, a few videos created in 2014, and footage from cross country running and visits to the mountains in 2015, and a post suggesting that the Sabat family grew by one towards the end of 2015  (congratulations), all suggest Sabat is presumably doing well…and is just incredibly busy.

So we’ve feasted on Sabat’s artfully-prepared perspective, and here’s my whine to go with it: why did you stop, Sabat?! My belly is rumbling; I have a hunger and a thirst for more of your delicious, singular perspective. If someone could simply convince him to come back to making more aquascaping videos, I’d be appreciative. I’m confident, if and when Sabat makes a return to the Internet and aquascaping, that whatever he presents won’t disappoint. This critic is a friend of his talent and creations.