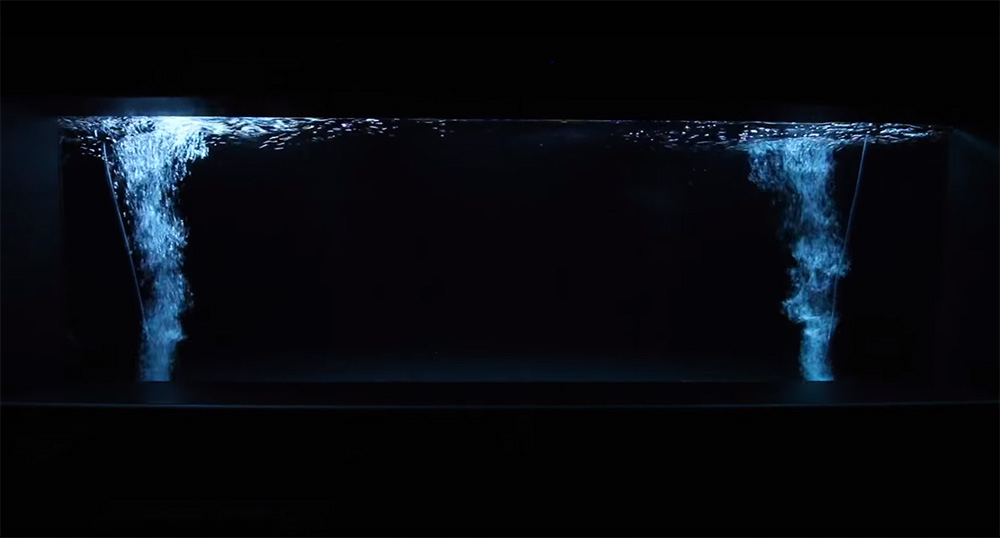 If you had an empty 370 gallon plywood freshwater aquarium up and running, what would you put in it?

Self-proclaimed “King of DIY” aquarist Joey Mullen has a reputation for big tanks and big fish.  Having recently moved some fish around, he wound up having a 370 gallon aquarium sitting empty. After taking an online vote of what he should put in the tank, a type of fish you might not expect won by a landslide.

Mullen reveals the new inhabitants in the video below, offering his thoughts on the species ultimately selected.

“I guess you could say that when you’ve kept so many different types of fish, the more common types start to become more attractive to you again, and even make you miss the simplicity behind them.”

Mullen takes the opportunity to get on a soapbox and stick up for people and their aquarium keeping choices which, at times might not be so well-received or appreciated by other aquarists (Facebook’s melting-pot community seems to bring this out time and again in the online realm).

“…it seems people are very judgmental over the fish other people keep,” states Mullen. “It doesn’t matter what you keep as long as you are providing properly for them, and you enjoy them. Forget what anybody else thinks.”

Indeed, Mullen continues his rant in defense of badgered aquarists that get “criticized over the types of fish they keep”, noting that, “It does not make you elite to keep certain types of fish. It does not make you better than someone else because you think your fish are better in some way. I’ve kept fish that most aquarists will never see in person, let alone own, yet I still appreciate all fish, including [these]. I suppose I couldn’t any more blunt than filling a huge tank with them.”

What did Mullen add? Well, we’re not going to spoil it for you – you’ll have to watch the video! And yes, “these” fish look stunning!

Video Credits: Joey Mullen / The King of DIY on Youtube