While going through the blog archives and some long-forgotten drafts, I stumbled across two videos of Thai Betta breeding behavior that I had originally intended to publish alongside one of our Betta issues.

The pair had been removed from their regular homes (the male was in a shoebox, the female in a sorority tank), and were placed into a 2.5-gallon photo tank to be photographed. What unfolded was an unplanned spawn, affording me a great opportunity to capture footage of their spawning and subsequent brood care by the male. The “trance” that the female betta enters following a spawning embrace is well, just something you have to see to believe if you’ve never seen it before. It’s almost disconcerting.

Watch “Caught in the Act”

Watch the male wrangle his offspring!

If the pair happens to look familiar, it’s because, while shooting this video, I also took photos of the mating, which were used in the opening spread of my article “Shoebox-Breeding the Betta”: 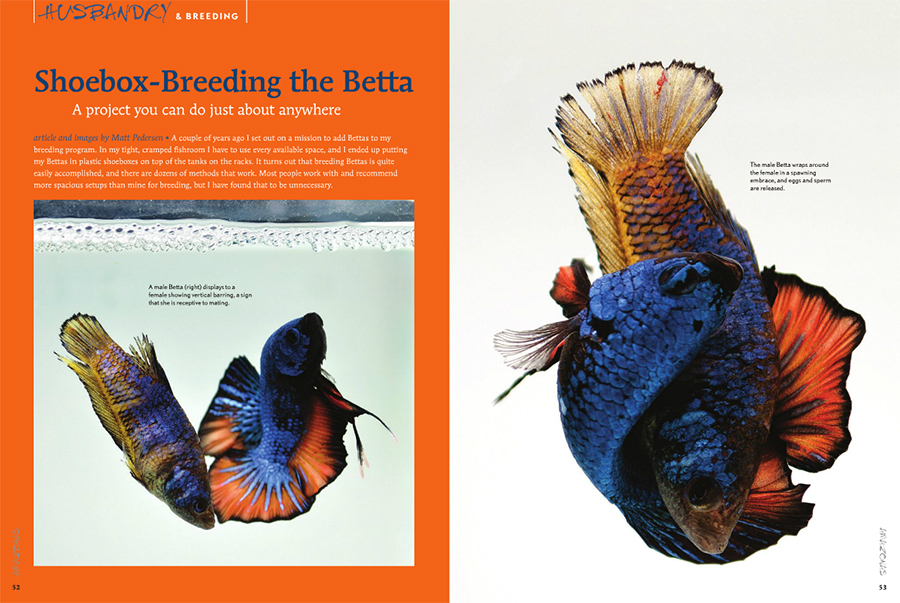 Have you spawned and reared any Anabantoids? Bettas, Gouramis, or something else? What’s been your favorite labyrinth fish to work with, and why? Tell us in the comments below!

If you’re a Betta fan, you might find this AMAZONAS back issue of interest: