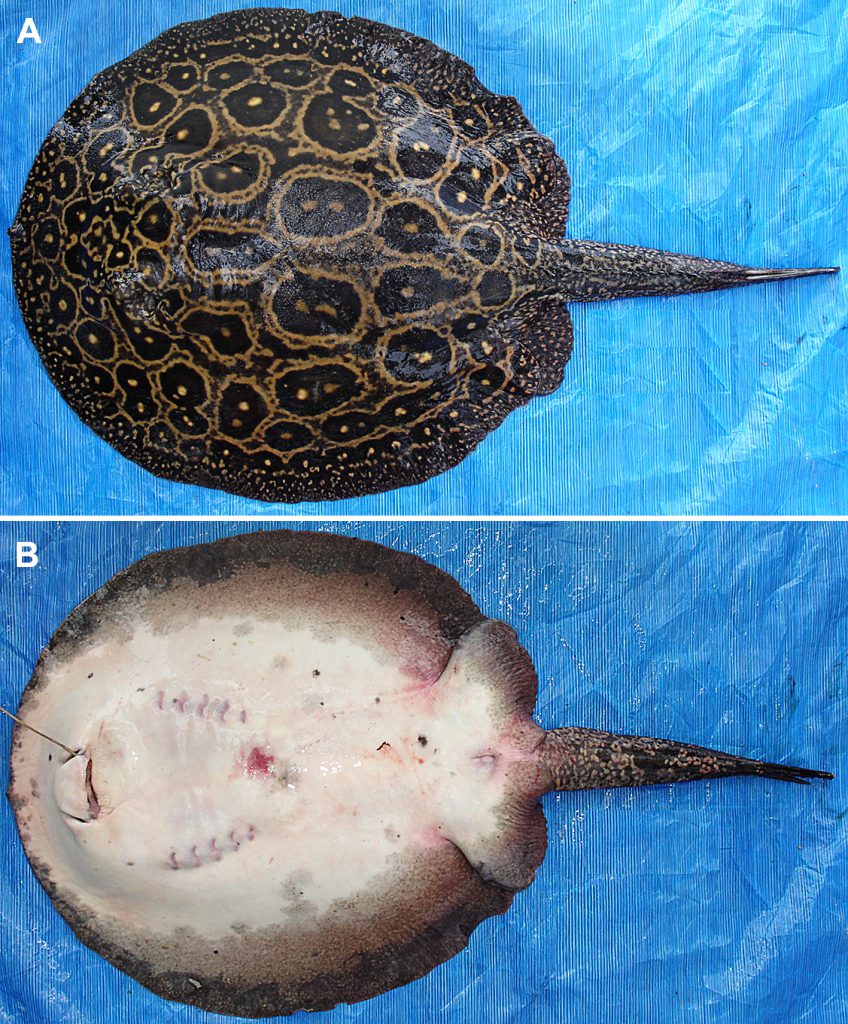 A recently published paper in the journal Zootaxa has formally described two species of freshwater stingray from the Tapajós River in Brazil. Both species have been known to the aquarium trade for some time, the first being referred to as the “P14” or Itaituba Ray, and the second usually called the Pearl Ray. The Itaituba Ray, now described as Potamotrygon albimaculata for its distinctive white spotted pattern, is one of several species of so-called “black rays” endemic to Brazil. The Pearl Ray, another Brazilian endemic, is described as Potamotrygon jabuti after its local name throughout its range. 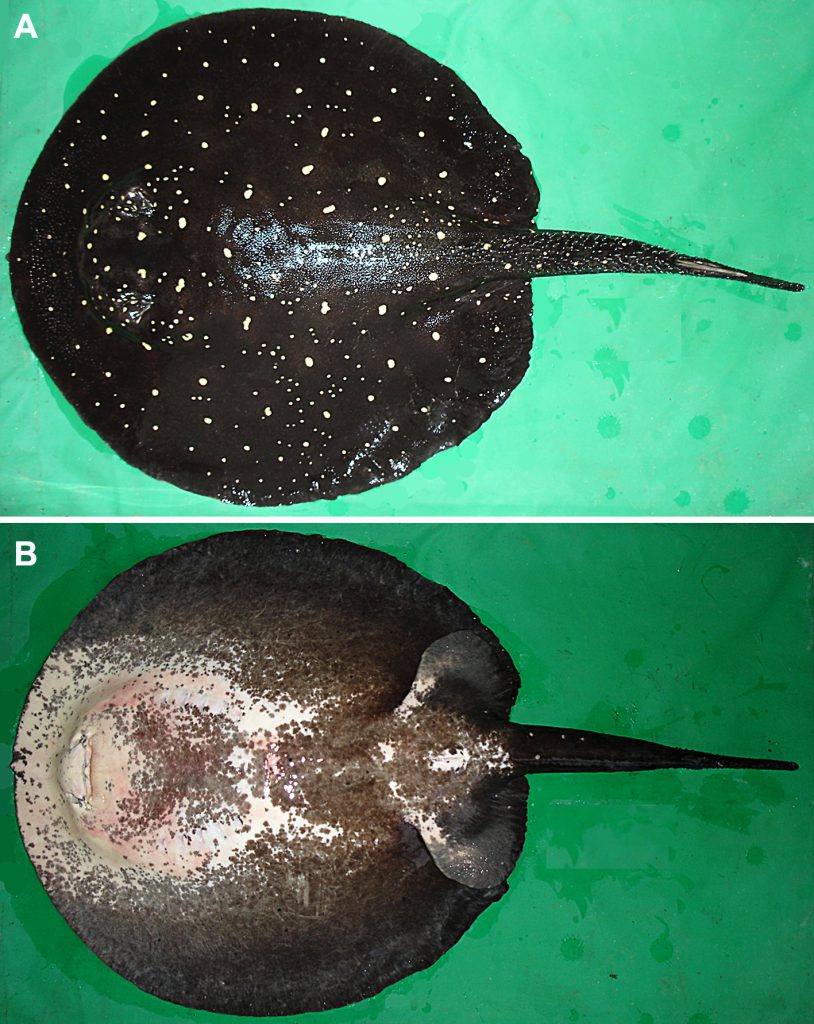 Recent years have seen a major increase in the number of freshwater stingray species formally described, and a corresponding improvement in our understanding of these unique fishes’ range, habitats, and taxonomic relationships. Like the two species described in this paper by Marcelo Carvalho, many freshwater stingrays have been known to the aquarium trade and hobby for decades, but without proper scientific names or a widely accepted numbering system (the P-number system never quite gained the widespread acceptance that the L-numbers system for plecos enjoys), it has been difficult for hobbyists to accurately classify undescribed rays. The extensive monograph relating to these two new Tapajos species covers not only the morphological distinctions of these new species, but also goes into great detail on their habitat and range, which should be of interest for any hobbyists considering keeping either of these beautiful river rays. 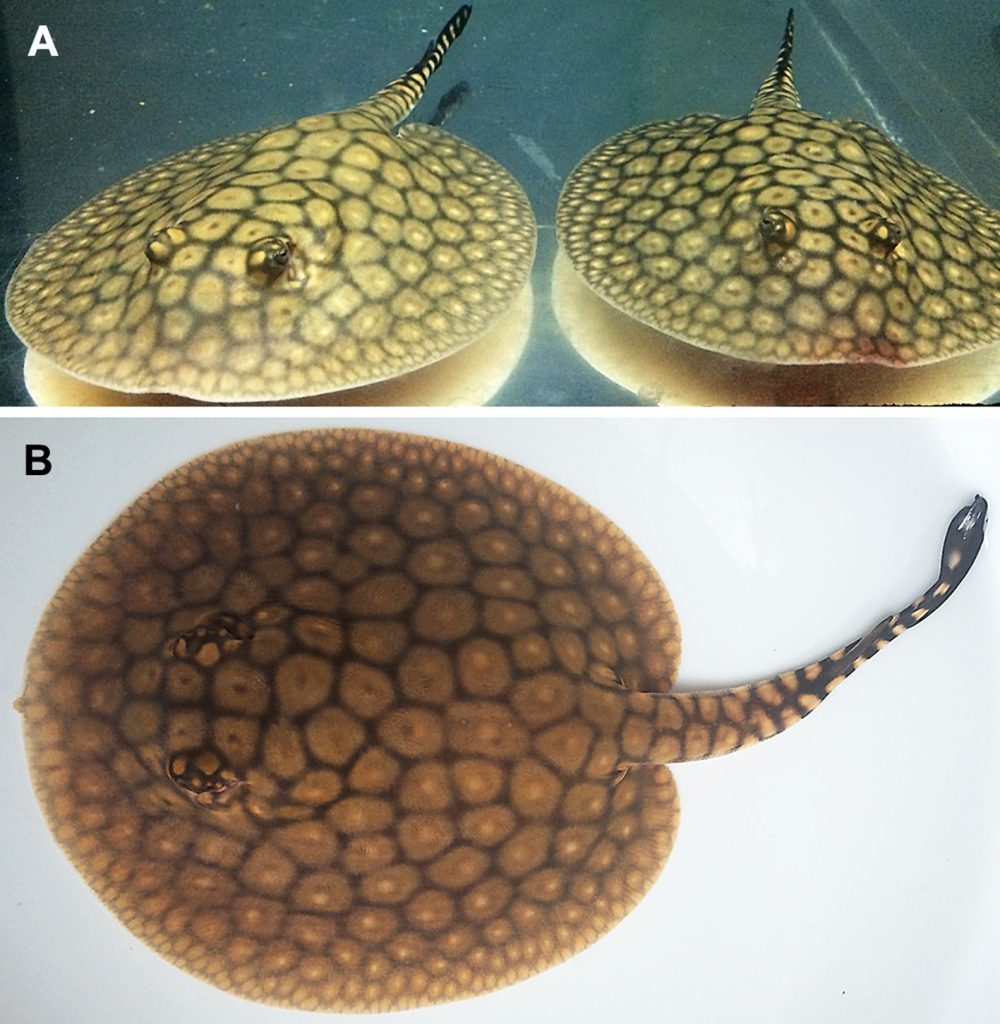 Juvenile Itaituba Rays, like most black ray species, undergo a major color change as they grow to adulthood (photo courtesy of G. England and R. Hardwick)

The Pearl Ray also goes through a marked color change as it develops. Here, the transition from neonate (left) to adult (right) is illustrated (photo: M. Carvalho)

With this description, the family Potamotrygonidae (South American river rays) now contains 30 valid species in four genera, although further revision and new species are likely to continue to add to this total. As the author states, this addition to the family now makes the Tapajós River one of the most diverse for freshwater rays, and freshwater fish in general. Recent research indicates that the Tapajós may be home to up to 500 species of freshwater fish, of which an estimated 25% are endemic (Lima, 2010; Buckup et al., 2011)—which makes the recent decision to deny a proposed mega-dam on this river a necessary license even better news for the region’s biodiversity. 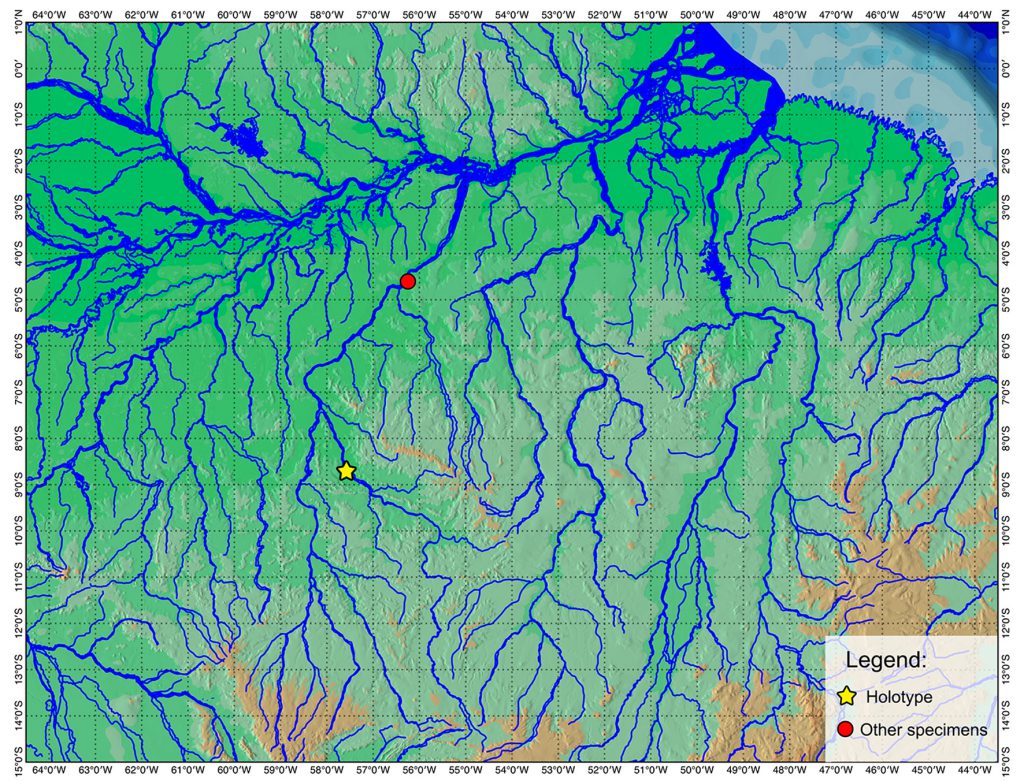 Distribution of the Itaituba Ray (P. albimaculata) on the Tapajos 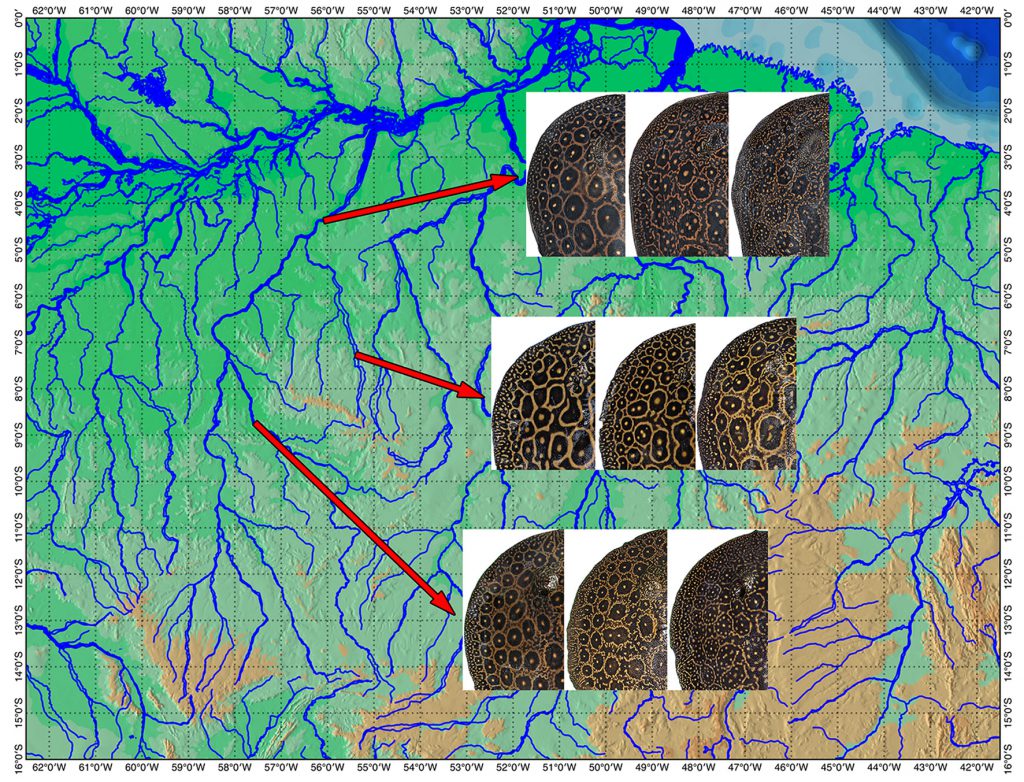 Distribution and pattern variation of the Pearl Ray (P. jabuti) along the Tapajos Basin

Although the paper indicates that both species are popular in the aquarium trade (which is true), in most in the US neither is commonly seen. This is due to restrictions on their export by Brazil’s environmental agency, IBAMA, which utilizes a quota system for freshwater rays. The small quotas issued for both species have led to exorbitant prices on wild specimens of both species, and the vast majority of Pearl and P14 Rays end up in Asia, where hobbyists and breeders are willing to pay the high prices these fish command. This may change in the future, as not only are Asian breeding facilities starting to produce P. albimaculata and P. jabuti in some numbers, but also at least one Brazilian fish exporter has begun farming these rays at their own facility. As captive-bred specimens are not subject to the same strict IBAMA quotas, we may see more of these stunning rays on the market in coming years.

For freshwater stingray enthusiasts, this AMAZONAS back issue is a must read: