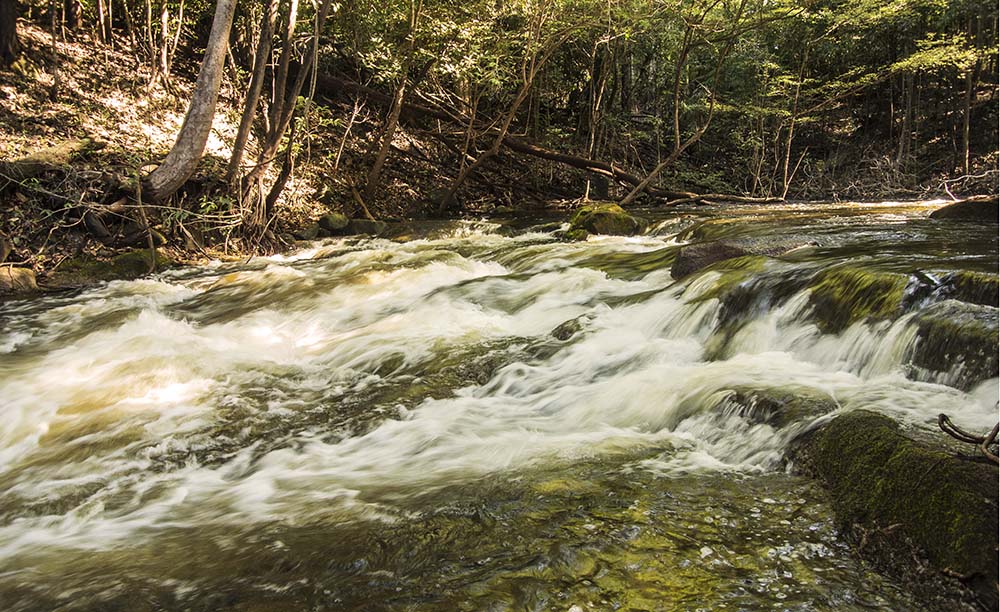 The fast-moving, clearwater creeks of Cambeua are a surprising departure from “typical” blackwater Rio Negro habitat

In our just-released January/February 2017 issue of AMAZONAS, I examined a selection of unique microhabitats or biotopes in Brazil’s Rio Negro, the largest blackwater river on earth and home to hundreds of popular aquarium species. In this feature, I carefully chose the particular habitats to profile in order to convey the idea that a massive river system like the Rio Negro is not a uniform environment but rather a pastiche of distinctive habitat “types”—many of which are vastly different from the mental image many of us might have of a blackwater river. These habitats are dynamic, changing radically with the rise and fall of the river in its annual flood pattern, and the fish that inhabit them are well-adapted to these fluctuations.

Probably the most interesting and unusual habitat profiled in the feature is the Igarapé at Cambeua, a tiny spring-fed creek near the mouth of the Rio Jauperi, about midway between Manaus and Barcelos. In stark contrast to the blackwater of the Negro and many of its tributaries, the water at Cambeua is not only clear but cool (75F) as well. This particular spot is always home to an abundance of cichlid species as well as freshwater rays, and during my last visit earlier this year the water levels were exceptionally low, forcing most of the fish into what had become essentially a small pond. Check out the video for a glimpse below the water’s surface at the incredible assemblage of fish found in Cambeua’s unique microhabitat—and see how many species* you can spot (and with regards to the questionable decision to prod the stingray in the last clip, don’t attempt this at home!). 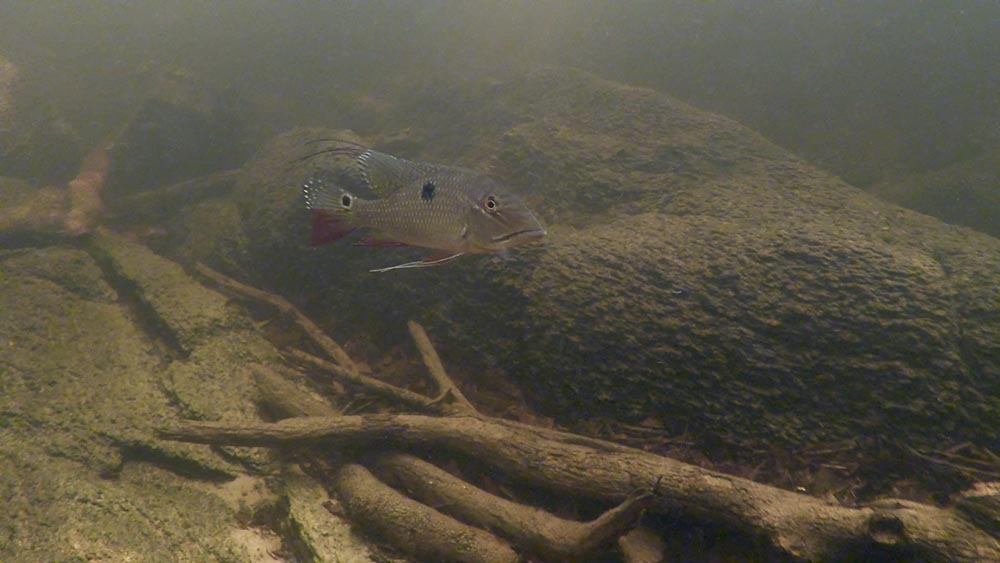 Cichlid species, like this One Spot Eartheater (Satanoperca lilith), dominate the underwater life at Cambeua

For more detailed information on this and other Rio Negro biotopes, don’t miss the current issue of AMAZONAS—on sale now at independent retailers—or subscribe today. Be sure to select “HD” when viewing the video for optimal picture quality. Full list of species after the video below: