New Fish Species Only YOU Could Love #4: Hypostomus, Cobitis, Eigenmannia

It’s time for a fourth installment of “New Fish Species Only YOU Could Love!” We hope you’re ready for another anti-climactic look into the world of preserved holotypes of newly-described freshwater tropical fishes that may (or may not) become of interest to the aquarium hobby.

It always merits repeating: in honor of those die-hard ichthyologists who scour the planet in search of new life—even if it is drab brown—let us be the first to herald your accomplishments! Could we just encourage you, and the journals that publish your work, to also include photos of the live coloration (even if the fish looks more or less the same dead or alive)? 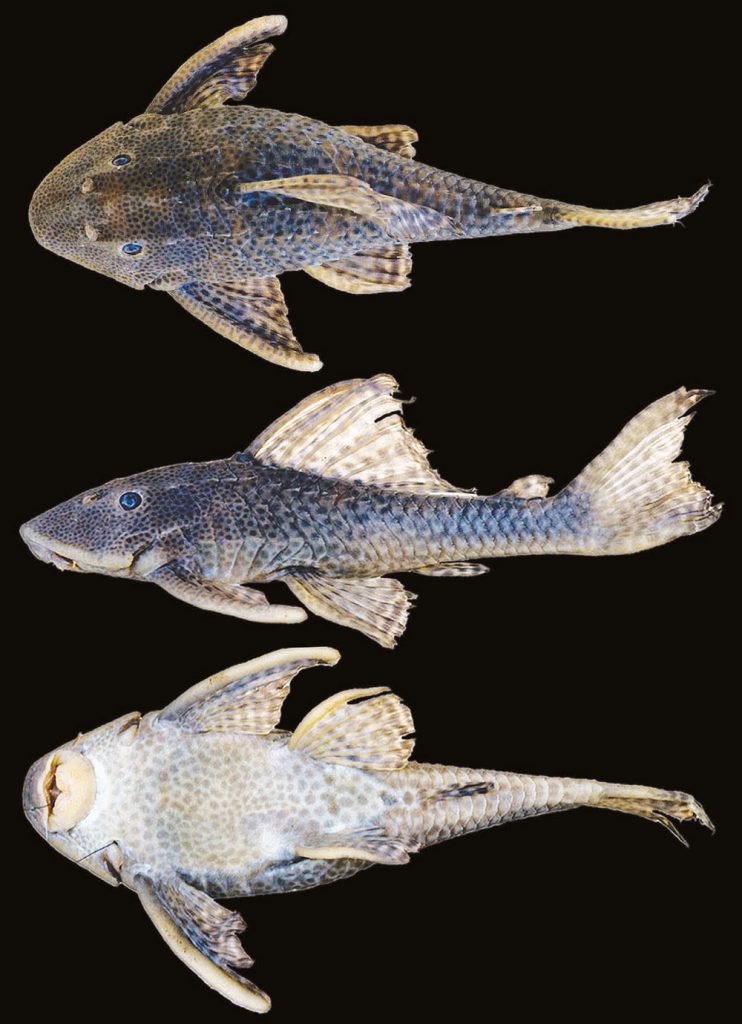 That’s right, it’s a pleco, one of hundreds of varieties that we know about, many still un-described. Except that for this lucky one, someone finally took the time to say, “Buck up! Yes, you look kinda brown with darker brown spots, but we still love you. We’ll give you the recognition you deserve.”

Who took the time out of their busy scientific career to describe yet another nondescript pleco? A whole bunch of people, actually. Authors Yamila P. Cardoso, Florencia Brancolini, Ariel Paracampo, Marta Lizarralde, Raphael Covain, and Juan I. Montoya-Burgos all got together to produce the new species description, “Hypostomus formosae, a new catfish species from the Paraguay River Basin with re-description of H. boulengeri (Siluriformes: Loricariidae).” Not only did a half dozen people get that far, but the journal Ichthyological Exploration of Freshwaters saw fit to publish this honor to the species all the way back in April, 2016.

But it took over half a year for this description to even make it onto our radar, which just goes to show you how hard it can be to get attention when you’re, well, basically brown with darker brown spots. And while H. formosae is probably never going to become a highly revered species in the pleco world, at least we can give it some time in the limelight, now that we know it exists. Heck, you can even read the entire description in the open-access article; download the PDF here.

Lovers of loaches rejoice: you just got another one. And if you’re into muted, monochrome fishes that you can “love for their patterns,” well, this one has some real potential. It is plausible that this newly-described species, Cobitis nalbanti, may have already entered the trade under the name Cobitis lutheri. 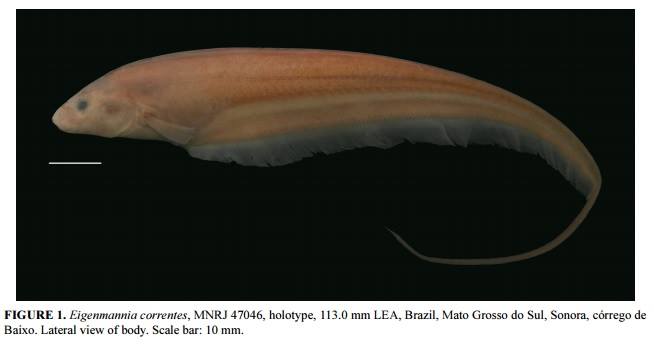 What could possibly cap off an already excellent group of new drably-colored species than this beautiful mocha-hued Knifefish? In the competition to be the most nondescript holotype, this fish would be a strong contender, save the one obvious fact: it’s a Knifefish.

Then again, if we turn to the most closely related species that aquarists might know, the Glass Knifefish, Eigenmannia virescens, maybe this fish has something to offer. With the holotype for E. correntes only coming in at 11.3 cm (roughly 4.5 inches in length), for all we know this could be a very modestly-sized species. And since the preserved holotype of many fishes is often a far-cry from the actual living coloration, for the moment I’m left guessing.

For those who care to learn more, paid access to “A new species of Eigenmannia Jordan and Evermann (Gymnotiformes: Sternopygidae) from the upper rio Paraguai basin,” by Ricardo Campos-Da-Paz and Igor Raposo Queiroz2, as released January 4th, 2017, can be had through this link to Zootaxa.

Which is your favorite of the new species noted above? Tell us in the comments below!