by Hans-Georg Evers • When Martin Mortenthaler, our correspondent in Iquitos, recently sent me an email, it had a spectacular attachment: photos of young Silver Dollars that are bright green, like children’s toys, during their first months of life. They are juveniles of a Myloplus species, and will surely change color as they grow, but their coloring is so unusual that we just had to share these pictures with our readers. 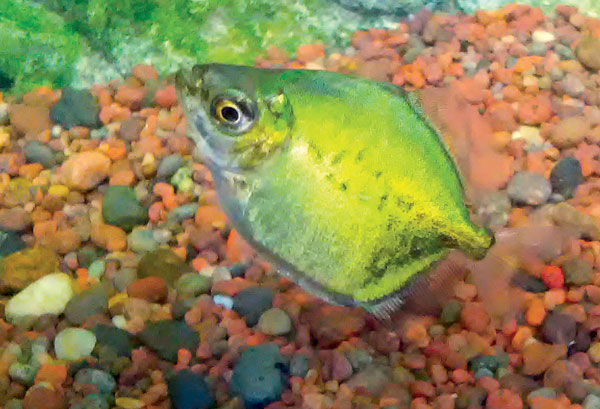 A young Myloplus sp. from the upper Río Nanay.

These fish were captured in the upper reaches of the Río Nanay and the Río Tigre, both left-sided tributaries of the Amazon in the Peruvian state of Loreto. Interestingly, these Silver Dollars have not been caught in the Río Itaya, which flows between these two rivers. Martin exported the fish, and so he unfortunately did not have the opportunity to raise the juveniles in order to determine how they developed during their lives. So if you happen to have purchased any of these Myloplus babies this summer, please let us know how they look after being in your aquarium for a while! We will report in a future issue if a hobbyist shares his or her experiences with us. 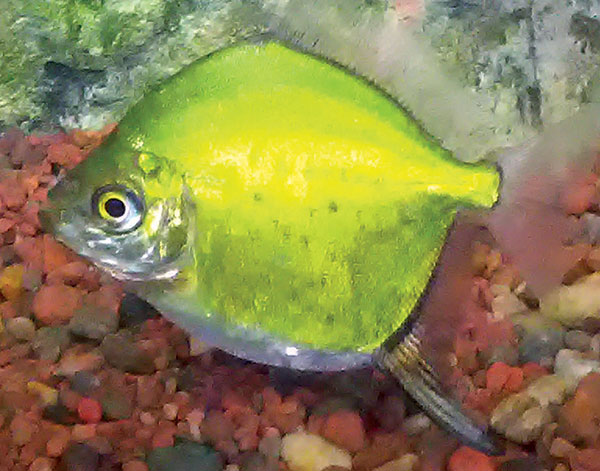