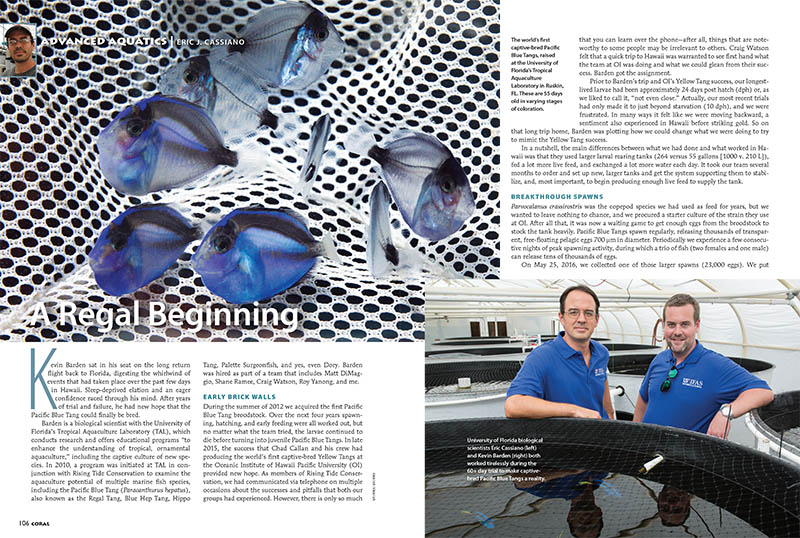 University of Florida’s Tropical Aquaculture Laboratory, responsible for the the first successful captive breeding of the Pacific Blue Tang, Paracanthurus hepatus (as reported in “A Regal Beginning,” CORAL Sept/Oct. 2016), is facing hundreds of thousands in funding losses in this year’s Florida budget.

University of Florida’s Tropical Aquaculture Laboratory (TAL) is facing a massive budgetary veto at the hands of Florida Governor Rick Scott in his 2017-2018 budget. According to one report, this veto represents a loss of $778,987 in funding for the year. The budget was reportedly signed into law on June 2nd, 2017, and TAL’s cut is listed in the final veto list.

The Tropical Aquaculture Lab is home to longstanding programs that benefit Florida’s sizable freshwater tropical fish farming industry and ground-breaking research efforts in conjunction with Rising Tide Conservation that have pioneered several worldwide firsts in the world of marine fish breeding. The 2016 worldwide aquaculture first, the successful breeding of the Pacific Blue Tang, Paracanthurus hepatus, was achieved by staff at TAL. 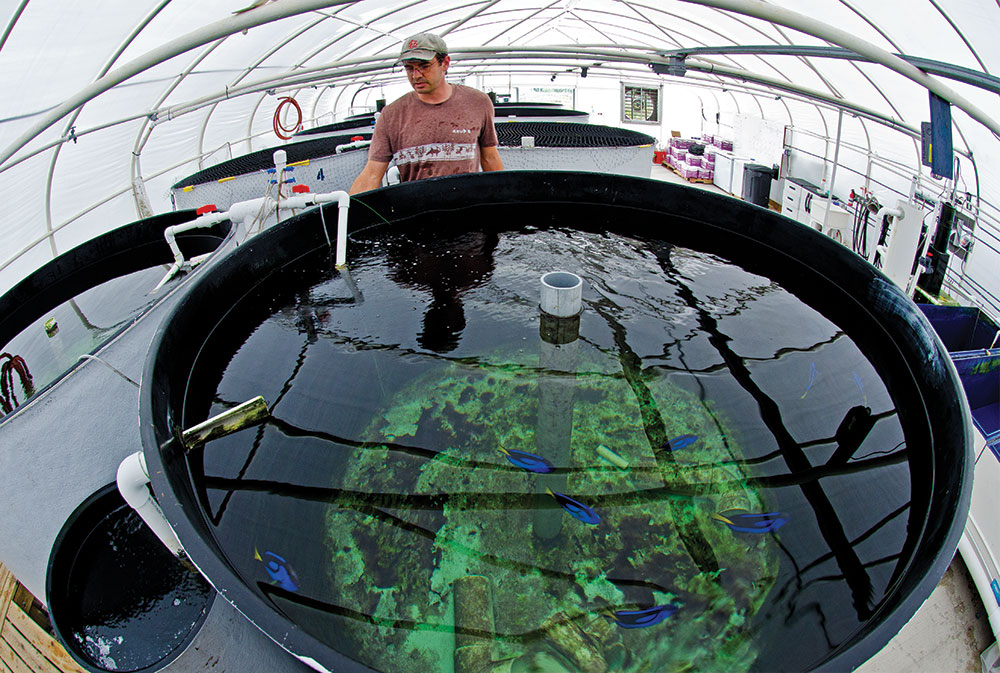 In response to the budget cut, the University of Florida issued a letter to stakeholders, including the following statement on the status of the Tropical Aquaculture Lab:

“…Impacts could include a near complete shutdown of the Tropical Aquaculture Laboratory in Ruskin. It is the only research and development support for an industry with tens of millions of dollars in annual sales and thousands of employees. Florida accounts for 95% of U.S. production of aquarium fish.”

Craig Watson, director of the Tropical Aquaculture Lab at the University of Florida, Ruskin.

Dr. Judy St. Leger is the President of Rising Tide Conservation, which has a long-standing working relationship with team at TAL. In response to the budget cuts, St. Leger noted, “It is short-sighted to reduce spending on research that is helping to grow Florida’s economy. Tropical aquaculture is expanding at this time and future expansion requires research and innovation today. Balancing a budget must be very difficult. But the aquaculture industry is a driver for Florida income.”

Reached by CORAL Magazine, TAL Director Craig Watson said: “As of today, no one has been let go. My message is: we are still here and plan on staying.

“The University is doing everything they can to keep our program alive. Without such support, the veto represents the elimination of 20 years of development, all of which has been done based on a positive return on investment.

“This is not how the story ends.”