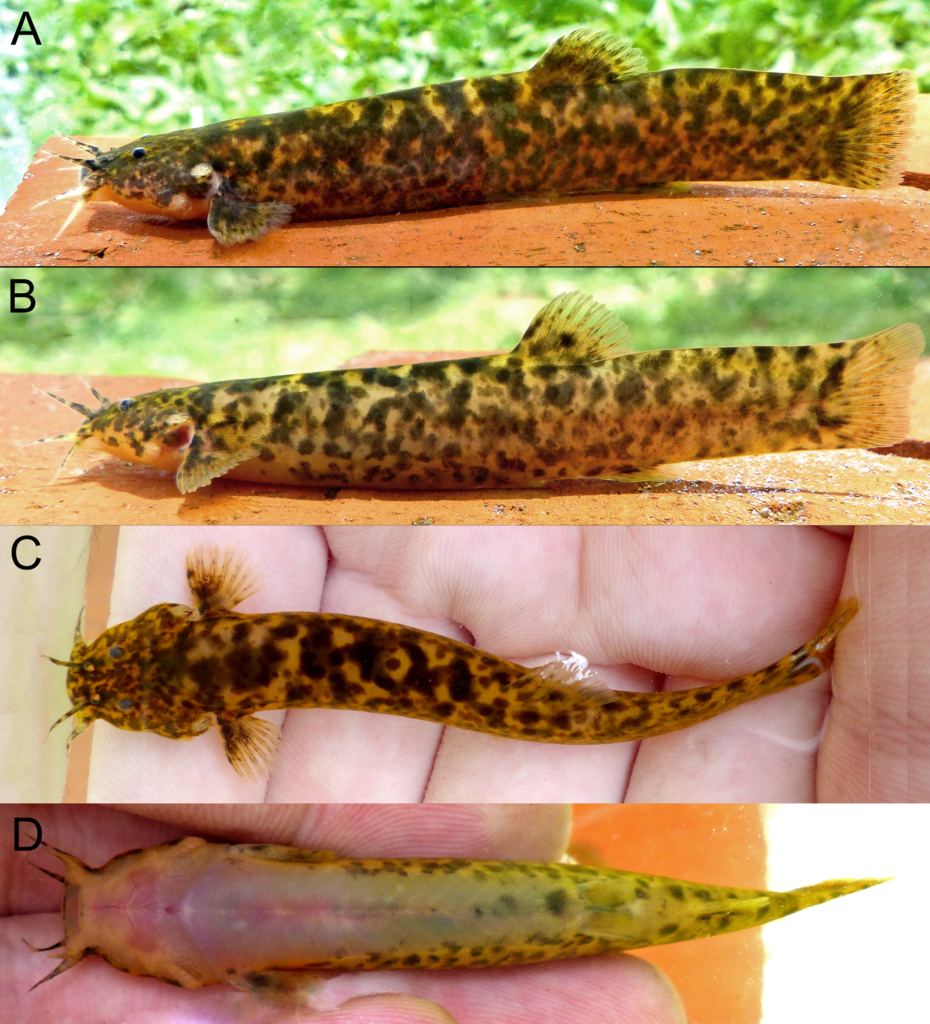 A new species of Trichomycterus catfish was recently discovered in the shallow and swift-flowing waters in the vicinity of an old campsite and waterfalls along the Tabay Stream in Misiones, Argentina. This small, pretty yellow-and-brown-marbled catfish has been named T. ytororo in the species description, published in the open-access journal PLoS ONE, by authors Guillermo Enrique Terán, Juliano Ferrer, Mauricio Benitez, Felipe Alonso, Gastón Aguilera, and Juan Marcos Mirande.

According to the authors, the species name ytororo is “derived from the indigenous language Guaraní (“ytororõ”) which means “waterfall” in reference to the habitat occupied by the new species.” Other Trichomycterus species are commonly known as “pencil cats,” suggesting a common name for this new entry as the Tabay Pencil Catfish or Waterfalls Pencil Cat.

The authors note that this species is the latest member of the rather large and widespread genus Trichomycterus. “Trichomycterus is currently the largest genus within Trichomycteridae, containing over 170 valid species, which are distributed in practically all South America, Costa Rica, and Panamá in Central America, and even found in an offshore island in the Pacific Ocean. Its geographical distribution ranges from lowlands of the Atlantic forest in southern Brazil, to mid-elevation streams on both sides of the Andean cordilleras, as well as the Patagonian region in Argentina. Most species inhabit fast-flowing streams. Their range of habitats is also remarkably diverse, including unusual freshwater habitats, such as sand-bottom streams, semi-permanent pools, high-altitude Andean streams, and desolate creeks in Tierra del Fuego.” 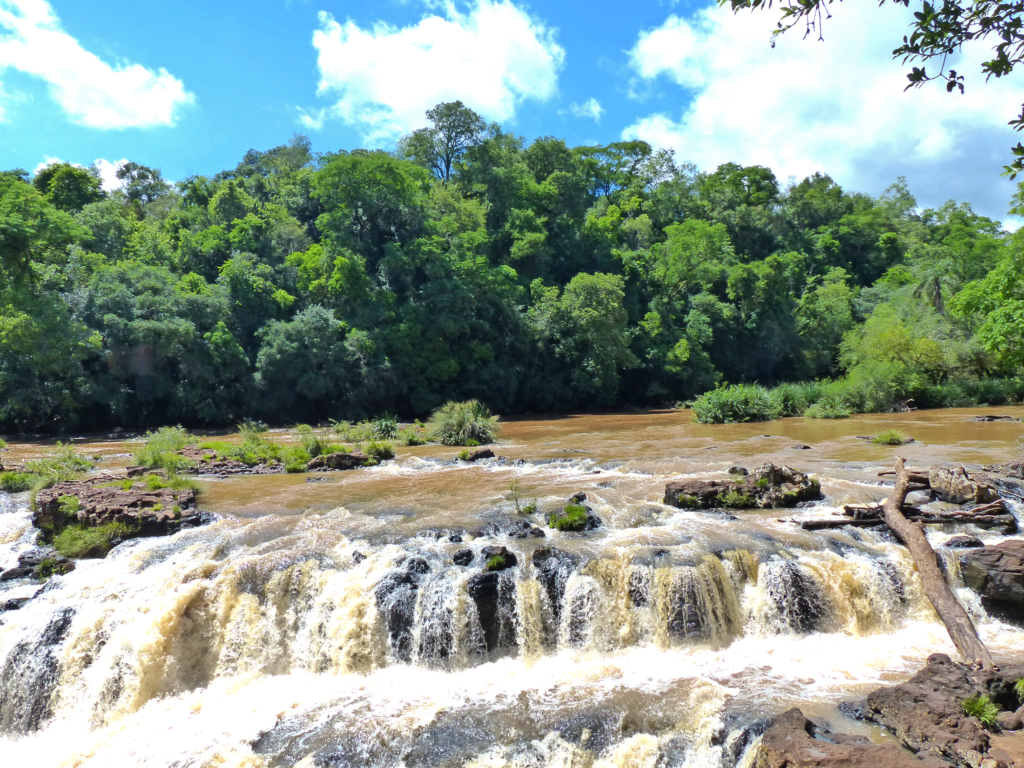 The authors share some details and ecological notes regarding the type location of T. ytororo, shown above. “The Tabay stream basin flows through 192 km from its headwaters at Campo Viera to its mouth on the Paraná River, at Jardín América. The stream bed is mainly composed of basaltic bedrock, in which sections with waterfalls and pools alternate all along its run. At the type locality, the stream is surrounded by remnants of the Paranaense riparian forest, with its left margin degraded due to a campsite. This waterfall consists of three consecutive falls; the main one is 10 meters high and 20–50 meters wide, and drains into a narrow gorge. All specimens of Trichomycterus ytororo were captured above the waterfalls at shallow areas (about 1 meter depth or less) or in rapids with a predominantly rocky bottom and strong current. Trichomycterus davisi was the single congener recorded at the type locality, which was not collected syntopically with T. ytororo.”

With a size range reported at 67.3–103.8 mm SL (approximately 2.5″ to just over 4″), the odds are good that T. ytororo is a small species. On the whole, aquarium-related information on members of this genus remains rather sparse, although one could infer that an aquarium well-decorated with rock and ample water movement would be appropriate for this new species. PlanetCatfish.com shares a brief entry on the sympatric Trichomycterus davisi, and Aquarium Glaser shared a brief look at T. alternatus back in 2009; both of these could provide further husbandry ideas that one might try to apply with T. ytororo.

That said, the odds of coming across any of these pretty little catfish at your local fish shop now or anytime in the near future are likely slim to none. Still, the discovery of yet another new species should serve as a great reminder that arguably you should never run out of new and interesting species that may their way into your aquariums.

To learn more about this newly-described species and see more images, visit the open-access species description online at PLoS ONE.