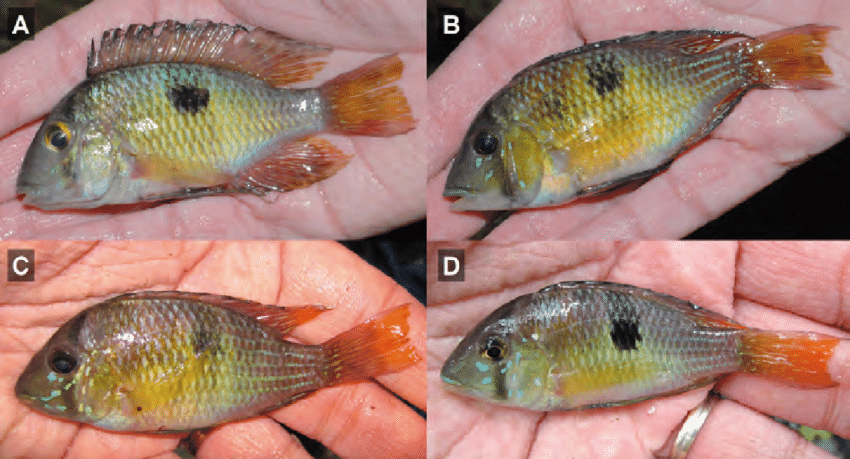 According to the recent paper authored by Jorge Casciotta, Adriana Almirón, Lubomír Piálek and Oldřich Říčan, the newest member of the Gymnogeophagus setequedas species complex, G. taroba, is best differentiated from its relatives through color patterning. Dorsal fin coloration is the easiest key to distinguishing the species: in G. taroba the spiny dorsal lacks all patterning, while only the rear portion of the spiny dorsal has patterning in G. setequedas, and G. che displays wide white bands throughout the spiny dorsal.

All three species represent a case of allopatric speciation, where what was originally one species has become three through the development of physical barriers between populations. Waterfalls (including those now replaced with dams) are the primary barriers cited by researchers as the suspected causes of this speciation:

“The largest of the waterfalls, the famous Cataratas del Iguazú, with a height of 72 m, separate G. taroba sp. n. from its closest relatives G. che and G. setequedas. The original 28 m high Urugua-í falls [in 1989 replaced by a hydroelectric dam’ separate G. che from G. setequedas. Gymnogeophagus setequedas is separated from G. che and G. taroba by large rapids (about 65m in total elevation above the río Paraná) and a former fall [of unknown height, that is now also replaced by a hydroelectric dam] on the Acaray river and by the 45 m high Monday falls located a few km from the mouth of the Monday into the río Paraná just opposite the mouth of the Iguazú.” 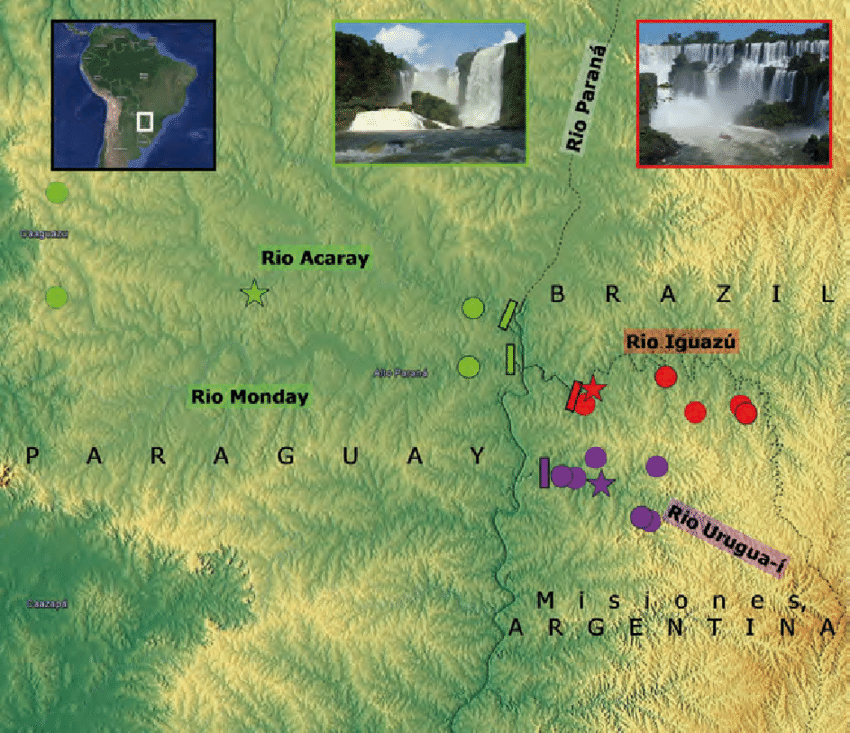 The paper’s authors report that all three species are “found in a wide variety of habitats and are common species of cichlids.” In reviewing the paper, it seems that slow-moving or still bodies of water with sandy or muddy substrates are the preferred habitats for these sister species.

The full paper and species description, with many more images (including the sister species Gymnogeophagus setequedas and G. che) and thorough discussion, is available online at ResearchGate.net. Read Gymnogeophagus taroba (Teleostei: Cichlidae), a new species from the río Iguazú basin.