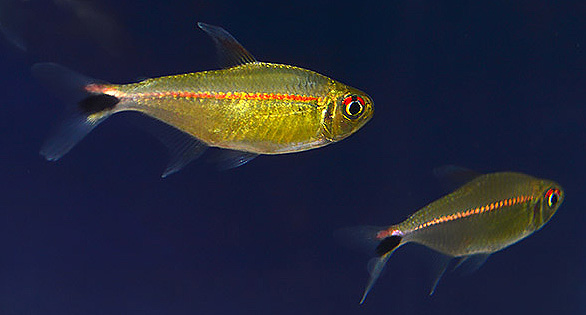 While serving as a judge at the 2018 Minnesota Aquarium Society Tropical Fish Show, one particular lesser-known Characin immediately caught my attention and that of fellow judges and attendees.

In total, the group of five on display immediately stood out not only because they were an unusual species, but also because their rich gold coloration and red highlights stood out against the deep blue background. It was a well-planned presentation that clearly highlighted the show entry well. At the end of judging, by multiple independent scores, this entry won the tetra class. 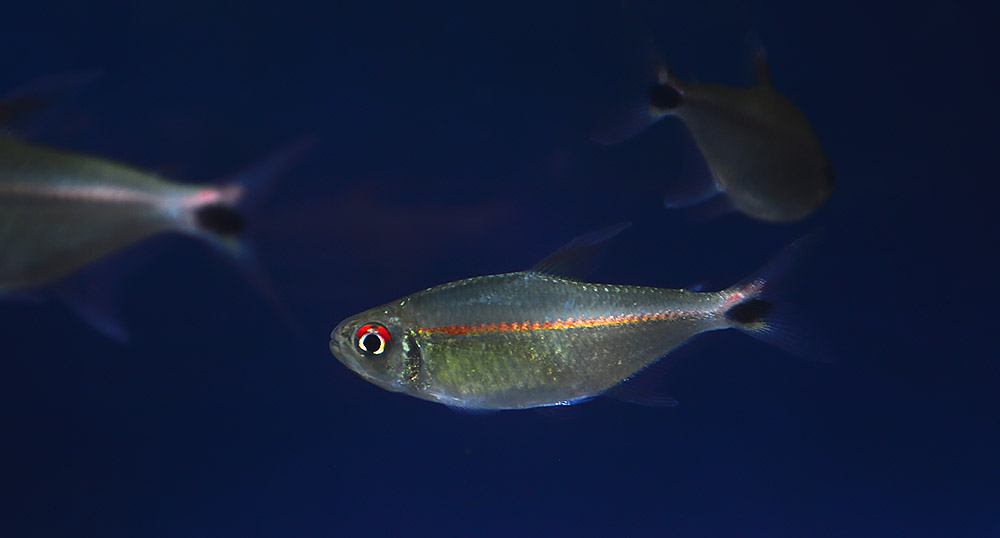 Hemigrammus rubrostriatus, an interesting and relatively new Tetra out of Colombia.

FishBase currently puts this species’ maximum length at 4.9 cm (approximately 2″). As such, Hemigramma rubrostriatus isn’t going to be in your nano tanks, but a small group could display quite well in a 10-gallon aquarium. 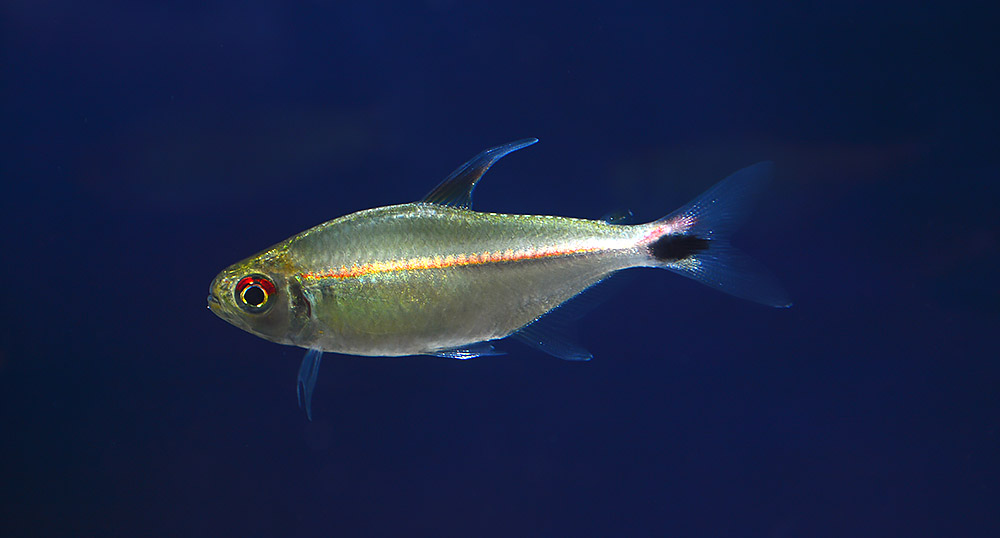 I’m guessing this individual of Hemigrammus rubrostriatus is a male.

In some respects, it’s fair to say that these fish look like overgrown Glowlight Tetras (Hemigrammus erythrozonus), to which they are related. 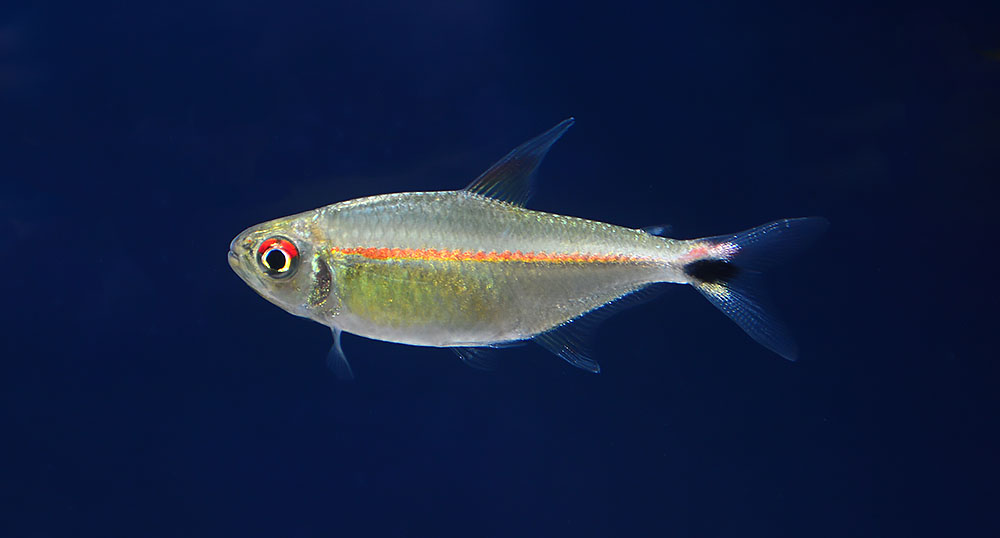 The use of an overhead diffuse flash (as in the three prior images) tended to wash out the subtle gold base coloration which is more apparent when photographed with only ambient light.

Ultimately, this newer Tetra is still rare in the trade. Aquarium Glaser GmbH in Germany has reported receiving this species in shipments from Peru and Venezuela, as well as Colombia. For now, if you’re looking to obtain this species, pay close attention to the imports out of South America and be prepared to snap it up should it arrive! 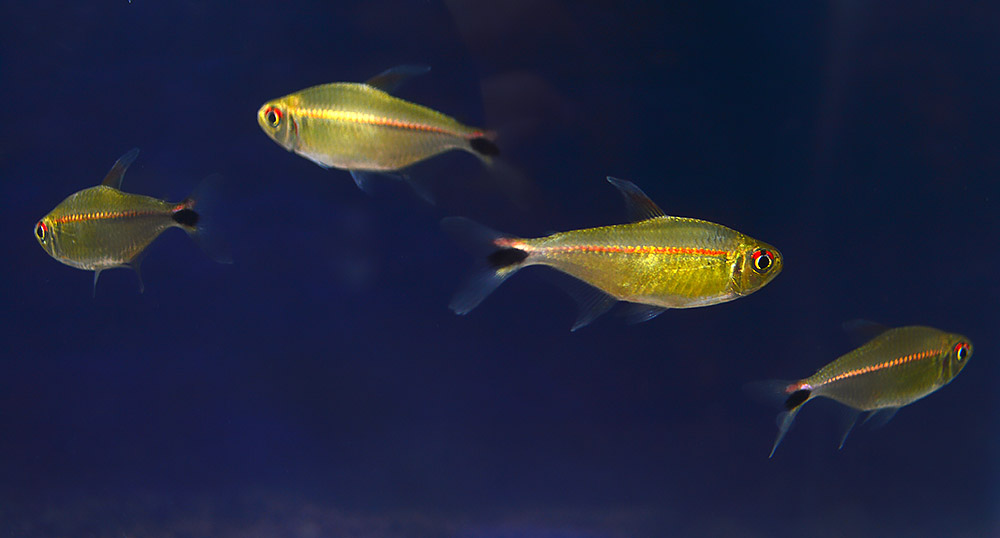 A shoal of Hemigrammus rubrostriatus on display at the 2018 Minnesota Aquarium Society Tropical Fish Show.