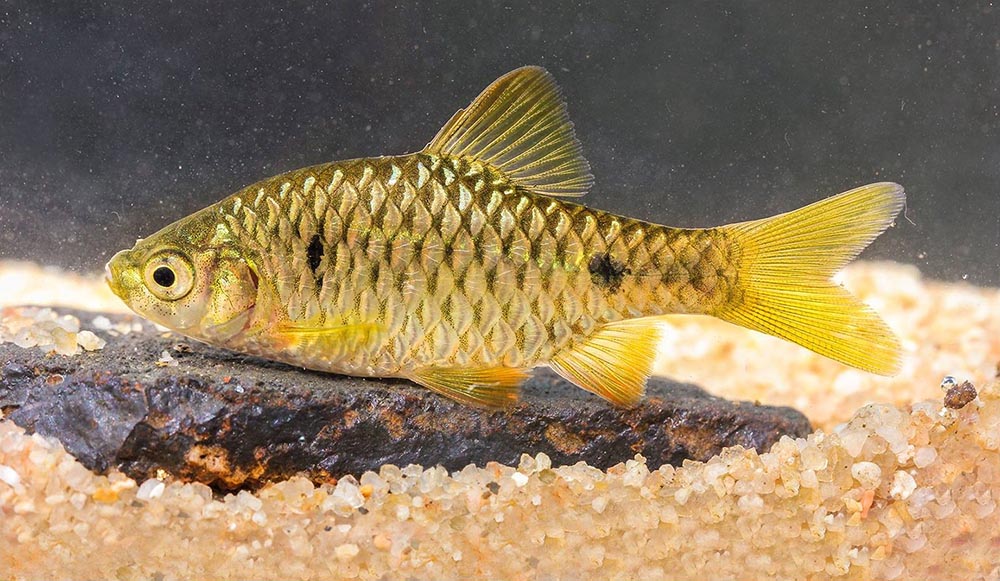 Barb enthusiasts will appreciate the latest addition to the portfolio of active schooling fishes from Asia. The new species description for Pethia sahit, discovered in India’s Western Gahts,  has been published in Zootaxa this month by authors Unmesh Katwate, Pradee Kumkar, Rajeev Raghavan, and Neelesh Dahanukar.

Of particular interest to aquarists is the observation that P. sahit is found sympatrically with P. longicauda, and at a cursory glance, the two species are visually the same. Even more problematic, these species shoal together, which means that in any collection from the field, both species could be comingled.

Announcing the publication of the new species, Katwate relayed his firsthand account of the discovery: “[In 2014,] while going through the live collection of P. longicauda and other fish species, I immediately noticed that there [was an unusual Pethia in the mix]. That new Pethia was looking like a miniature barb, a  small-sized beautiful fish with exotic reddish and yellow-coloured fins. We all were extremely happy with the new discovery. However, all the excitement got subdued when we saw the phylogenetic tree, the new fish was genetically identical to the P. longicauda. Unexpected, I was not convinced with the DNA results because this new species was unique in a number of morphological characters including skeleton structures. We had [a debate] and long discussions with no outcome so far until we plan our next trip. This time we made a fresh collection and sequenced the DNA of both the species. Voila! The new species found to be different from P. longicauda with 13.6–14.3% genetic distance.” 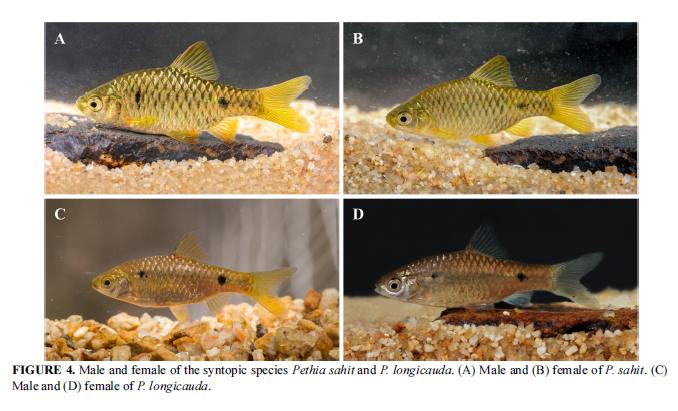 Side by side comparison of the syntopic Barb species, Pethia sahit and P. longicauda. Image credit: Katwate et al.

Katwate furthermore shared insights into the naming of this new species in another recent social media update. “Do you know the common name of Pethia sahit, the new species we described from the northern Western Ghats?” asked Katwate. “It’s ‘Prakash Barb’ named after Mr. Prakash Tambe, farmer and local resident of Ajara Taluk in Kolhapur District of Maharashtra, who helped us in the field surveys that led to the discovery of the new species. Like our recent papers, we use a non-Latin name for the species. The species epithet ‘sahit’ (Sanskrit) means ‘together’ which refers to the syntopy of the new species with P. longicauda.” 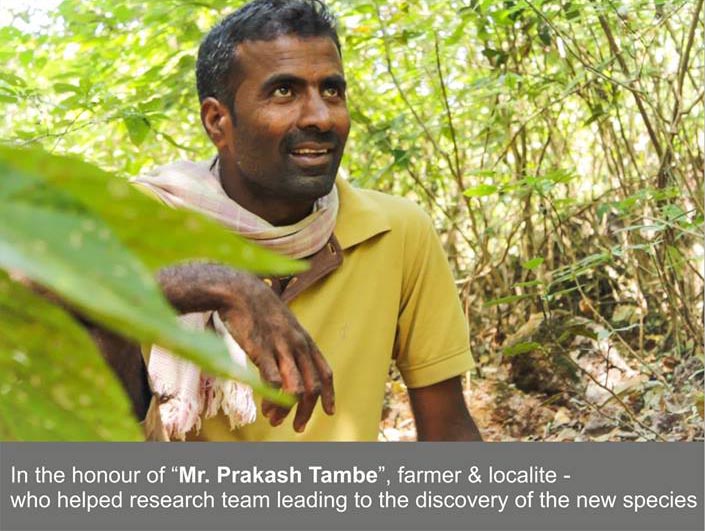 Don’t miss the fascinating footage from the researchers, showing the two species living together in the headwaters of the Hiranyakeshi River, Western Ghats, India.

The new species description, A new syntopic species of small barb from the Western Ghats of India (Teleostei: Cyprinidae), can be accessed via Zootaxa at http://www.mapress.com/j/zt/article/view/zootaxa.4434.3.8

More images and discussion of this new species can be seen in the Species New to Science blog at https://novataxa.blogspot.com/2018/06/pethia-sahit.html