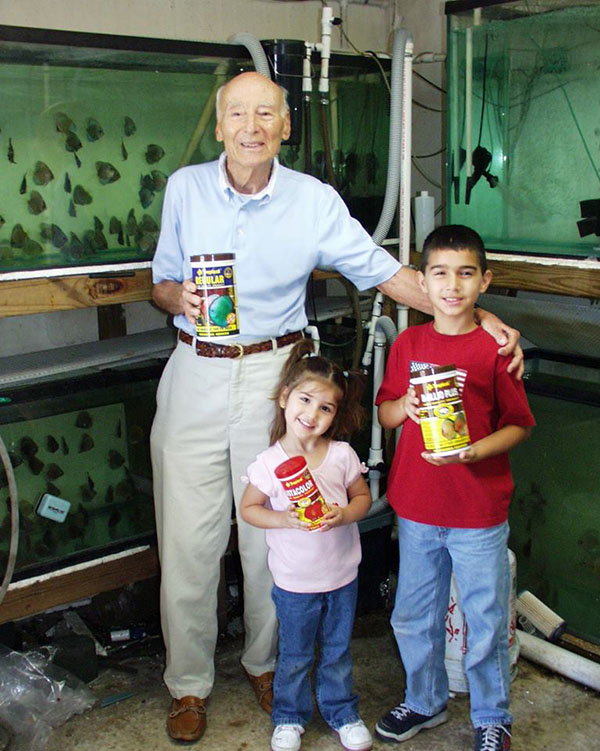 Jack Wattley, affectionately known by the children in his life as “Jungle Jack”, posing here with the children of business partner Gabriel Posada.

October 3, 2018 – Fort Lauderdale, FL – “My condolences to the entire Wattley family and all his friends and followers around the world. Jack Wattley passed away last night with his family. To me, he was my friend Jack since 1991. Very rarely did we talk about Discus, instead, we talked about our families. Maybe this friendship strengthened our partnership. I show you pictures of Jack and my children…they too called him Jungle Jack.

“Again not about me or my family. But about the tremendous dedication and devotion to the Discus fish which he had.

“He shall be missed and now he is free to explore without the physical limitations which his 95-year-old body gave him. He missed his 96th birthday by 7 days. Safe travels Jack.” – Gabriel Posada, Operations Manager, Jack Wattley Discus 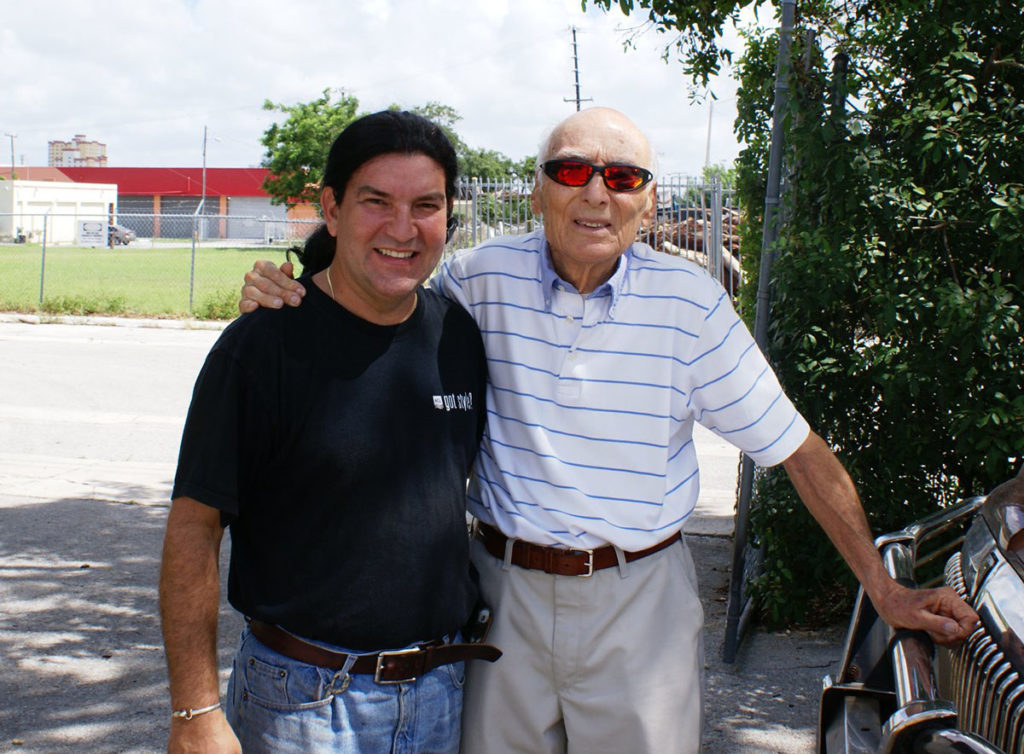 Jack Hall Wattley died in Ft. Lauderdale, Florida on October 2, 2018, one week shy of his 96th birthday. He was born in Cleveland, Ohio and attended John Carroll University. He enlisted in the Navy in August 1942 and earned thirteen battle stars for his service on the USS Moffett in the Caribbean and the USS Melvin in the Pacific. He participated in the Battle of Leyte Gulf.

Following WWII, Jack attended Mexico City College and later worked in Buenos Aires and New Orleans until he returned to Cleveland, where he met his future wife, Gloria López-Alvarez. They were married 63 years. They settled in Ft. Lauderdale where Jack opened three women’s boutiques, The Tack Room, on Las Olas Boulevard in Coral Gables, and in Boca Raton. Jack was involved in the community and served as Treasurer of the fledgling Ft. Lauderdale Museum of Art.

Jack had a lifelong interest in tropical fish and in 1962 made his first trip to Amazonian Brazil in a single-engine prop plane. After traveling to various areas where he spent nights in native huts in indigenous communities, he found the fish he had been seeking in the Rio Juruá, the Symphysodon discus, on the advice of the Brazilian anthropologist Harald Schultz. These wild discus, along with specimens that he collected on subsequent trips to the Amazon, enabled Jack to begin a breeding program that after twenty years culminated with a new color strain, the magnificent Wattley Turquoise discus. He continued to work to improve the strain and pioneered a method to raise discus fry artificially apart from the parents.

Jack wrote three books about discus that were translated into several languages. In addition to his work with discus, Jack raised and collected Dendrobates (poison dart frogs). He returned to South America several times with friends to explore Dendrobates’ native ecosystems and co-authored a book on the subject. For 23 years Jack wrote a column about discus for Tropical Fish Hobbyist (TFH) magazine, “Ask Jack”. He was a frequent speaker at aquarium society meetings and a judge at discus shows and competitions around the world. Jack was a partner in a Miami-based business that bears his name, Jack Wattley Discus. He was affiliated with the company Tropical in Chorzow, Poland and endorsed tropical fish food formulas for the company. 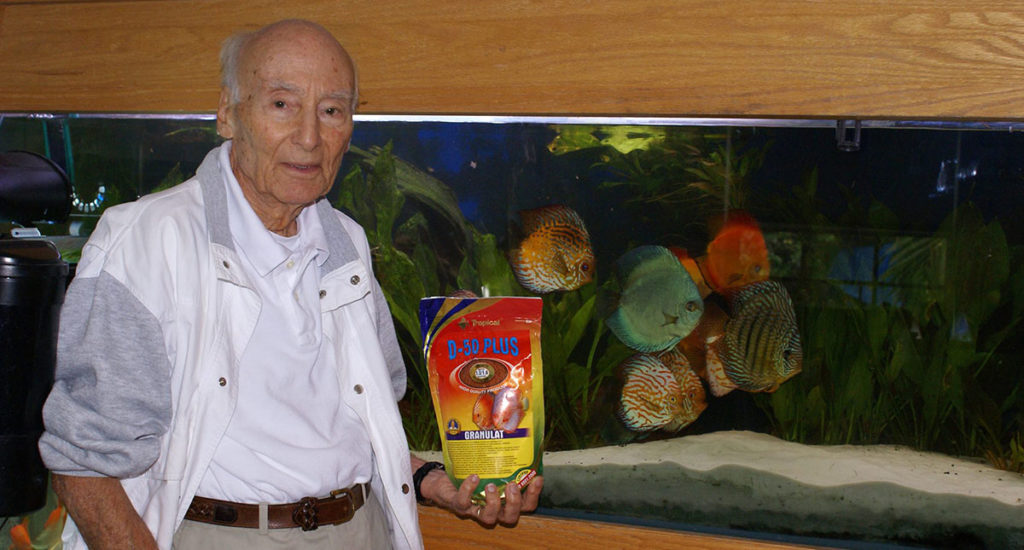 Jack is survived by his four children, Cynthia Wattley Washburn and her husband Greg; Alicia Wattley Carras and her husband Jim; Tom Wattley; and Pamela Wattley Schloss and her husband Chris; and eight grandchildren. His grandchildren called him Jungle Jack. They will miss the stories about his adventures in South America that ranged from wandering into a river full of piranhas to bathe and not understanding his indigenous friend shouting at him to get out of the water, to stumbling into a meeting of FARC members on a mountainside in Colombia. Jack was a gentleman and a loving father and grandfather and we will miss him dearly. In lieu of flowers, contributions to Rainforest Trust at rainforesttrust.org would be greatly appreciated.

Watch for more stories from the life of Jack Wattley, forthcoming in the January/February issue of AMAZONAS Magazine.