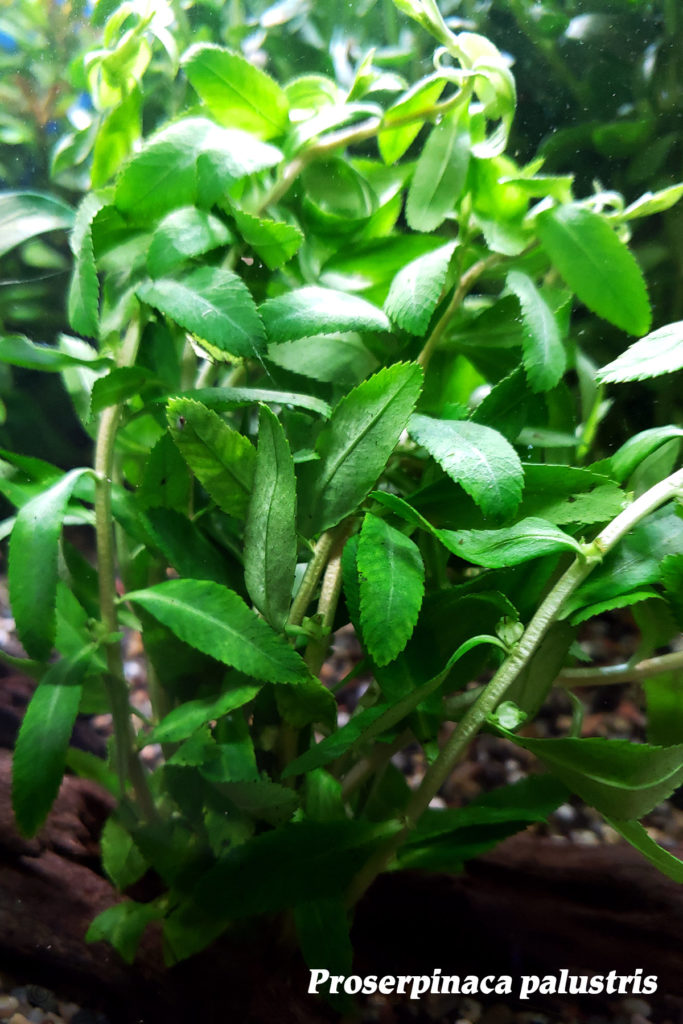 Proserpinaca palustris, commonly known as “Mermaid’s Tail”, is one of many domestic aquarium plants available. Although hobbyists have known about this plant for some time, it has only been commercially available to the international community in recent years. It is also known by a less flattering name, “Mermaid Weed”, that nevertheless describes its widespread distribution throughout the Eastern United States, Canada, and Latin American countries, including Cuba.

As is typical with many aquarium plants, P. palustris has been described as both a difficult and an easy plant to care for. The truth lies perhaps somewhere in between. As a weed, this plant can grow in a variety of less than favorable conditions. CO2 supplementation is not a necessity but will hasten the growth of the plant. An iron-rich substrate or supplement is required to induce the attractive red crown of new growth that is the hallmark of this plant (although it will simply grow greener without iron). P. palustris will grow tall in low-light conditions with lengthened spaces between leaf-nodes in an effort to get as close to the light source as possible. Brighter light will keep it shorter and compact. Leaf shapes for submersed growth are variable with entire, ovate forms with highly serrated edges being more common than forms having a finely pinnate appearance.

P. palustris can be propagated by transplanting the growing tips (known as the ‘apical meristem’). The site of trimming will sprout two or more new shoots that will grow quickly under favorable conditions.