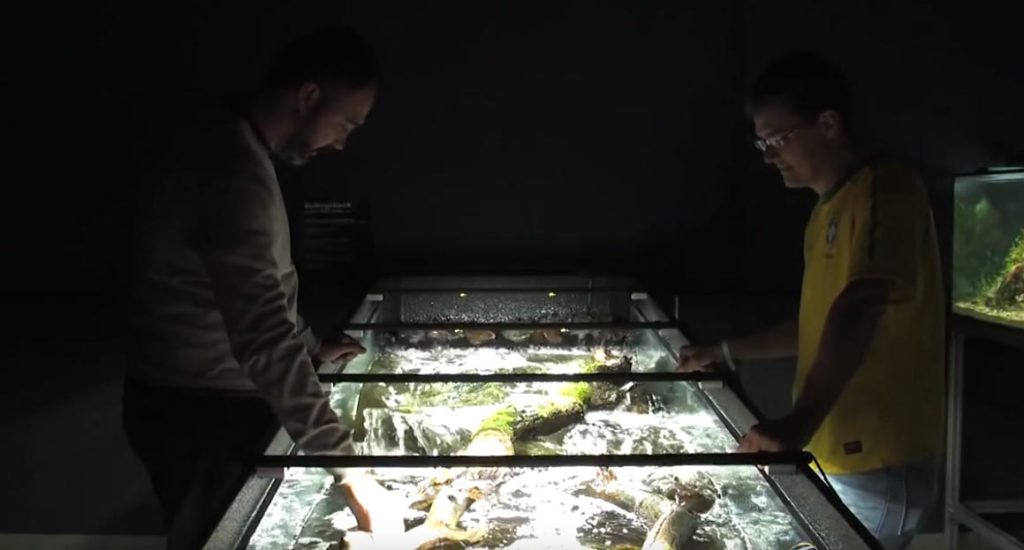 Leandro Sousa and Mark Sabaj Peréz standing over the iconic river-rapids aquarium at the Panta Rhei Fishhouse in 2013.

We often talk about having a slice of the jungle or a piece of the reef in our homes, but often what aquarists recreate is a far cry from a true replica of a particular habitat, and it seldom fully approximates the conditions that fishes endure in the wild. There are no extreme tidal surges nor flash floods; 0ur aquariums are often rather calm, arguably idyllic refuges for our fishes. While that usually works out just fine, there is a whole host of challenging fishes that could benefit from more intensive and inventive culture concepts.

In preparation for the forthcoming May/June 2019 issue of AMAZONAS, the Editors wound up discussing the concept of “river tanks”, those aquariums designed to emulate the relentless unidirectional stream flow found in an actual creek or river. These “river tanks” go far beyond simply setting up the intake of a canister filter at one end of an aquarium, and returning the filtered water at the other. 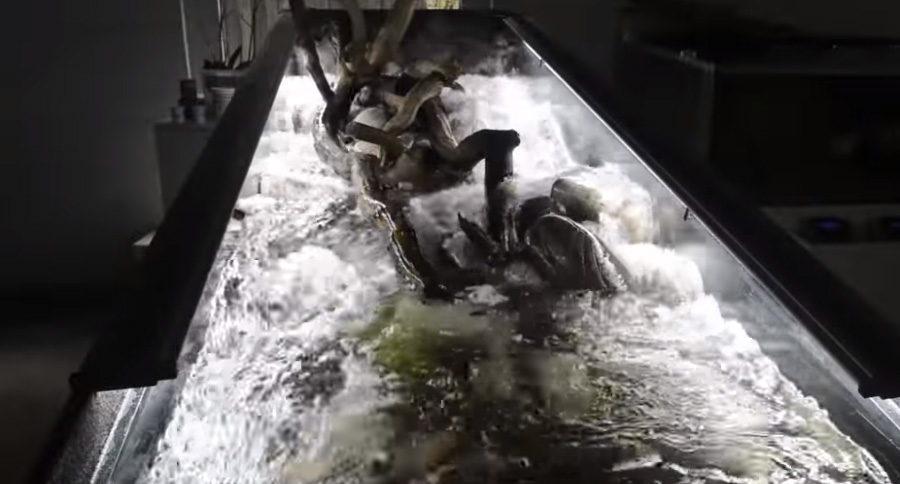 A raging torrent of water flows from one end of the aquarium to the other. You can’t do this with a simple canister filter!

While several examples were passed around in our internal emails, to this day I think it’s fair to say that the amazing river rapids aquarium on display at the Panta Rhei showroom in Wedemark-Brelingen, Germany, (a.k.a. the Fishhouse) is the reigning champion of river tanks to date. We first shared this aquarium with our readers back in 2013, but since then, nothing seems to have come along to top it. AMAZONAS publisher and editor Stephan Tanner last saw the impressive tank, still operational, a couple years ago in 2017 which suggests this display has stood the test of time. 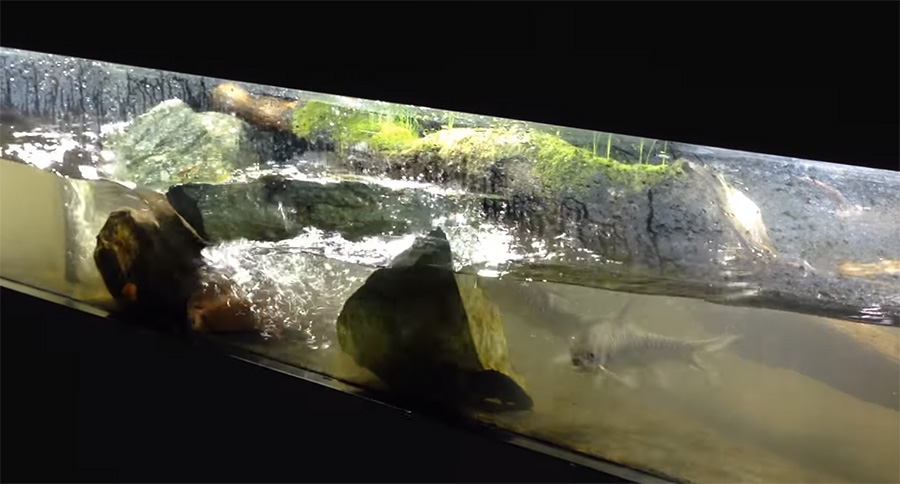 Fishes like these Tor malabaricus may greatly appreciate such a dynamic aquarium environment.

The aquarium itself has gone by many different names, including the “Rafting Tank” and “Torrents Tank” among others. It has been documented many times by Panta Rhei and visitors to the Fishhouse. For those who are curious, the flow is purportedly generated by two Hydro Wizard® ECM 63; as you watch the videos, you’ll note how the flow rate can be controlled and adjusted from nonexistent to a raging torrent. Everything about this aquarium is innovative, from its slanted design to the lighting solution enacted which allows for unobstructed overhead viewing. 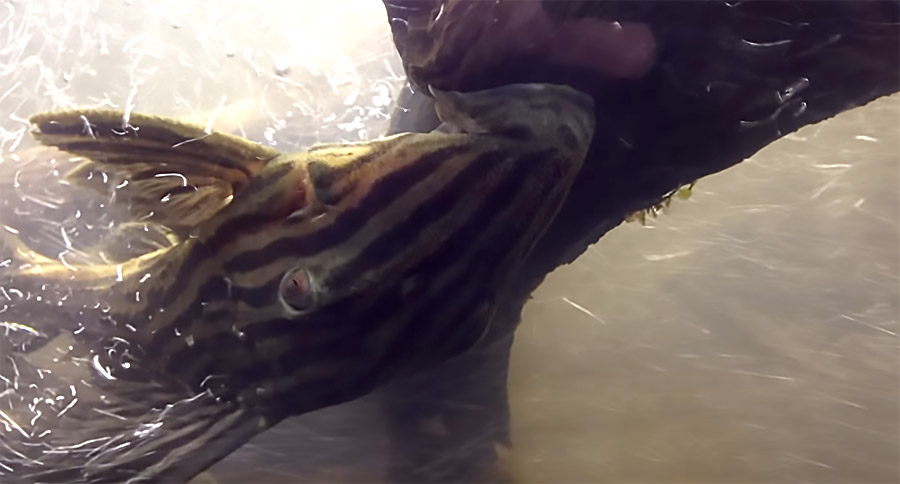 It appears that the aquarium underwent some revisions in 2015, and again in 2016, so in light of that, we’ll present a collection of videos presented in chronological order in an effort to illustrate how the tank has evolved over time. Our challenge to our readers? We dare you to “out river” this amazing tank!

A first glimpse at the “Rafting Tank” taking shape in this Panta Rhei showroom!

Jacqueline Bennett-Leaver documents the aquarium towards the end of the month.

Tor malabaricus is added to the rapids.

“New details” on the reshaping of the torrents tank.

A quick look at the rapids, from above.