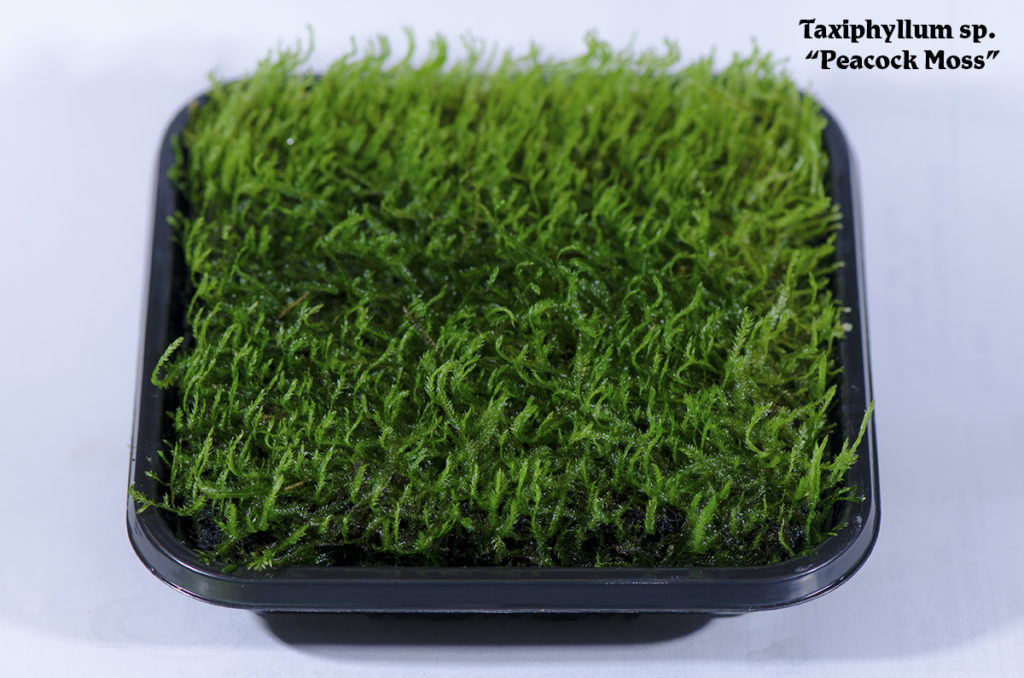 Peacocks (Pavo cristatus) in real-life are regarded as primarily nuisance animals–birds sporting and unabashed display of plumage that has made it a metaphor for vanity. Known commonly as Peacock Moss, Taxiphyllum sp. “Peacock” has a growth habit with a fanciful resemblance to that of the tail feathers of its animal namesake.

Like most aquatic mosses, Peacock Moss is a relatively undemanding species. Light and heating requirements are minimal, with Peacock Moss preferring the cooler, subdued side of things. CO2 or fertilizers are also not necessary.

Left on its own, Peacock Moss will spread slowly across whichever rock, wood or substrate chosen, where it will grab hold of virtually any porous surface by means of root-like appendages known as rhizoids. Here-in lies an important distinction between “true” vascular plants and mosses; while plants use their root-systems to absorb nutrients from a substrate, rhizoids are used primarily by mosses as a means of stabilization.

The Zoroastrians (the worlds oldest monotheistic religion) employed peacocks as a means of sanctifying the dead by letting their bodies be scavenged and skeletonized by these birds. Unlike its avian counter-part, Peacock moss is relatively innocuous and just looks good in your aquarium.