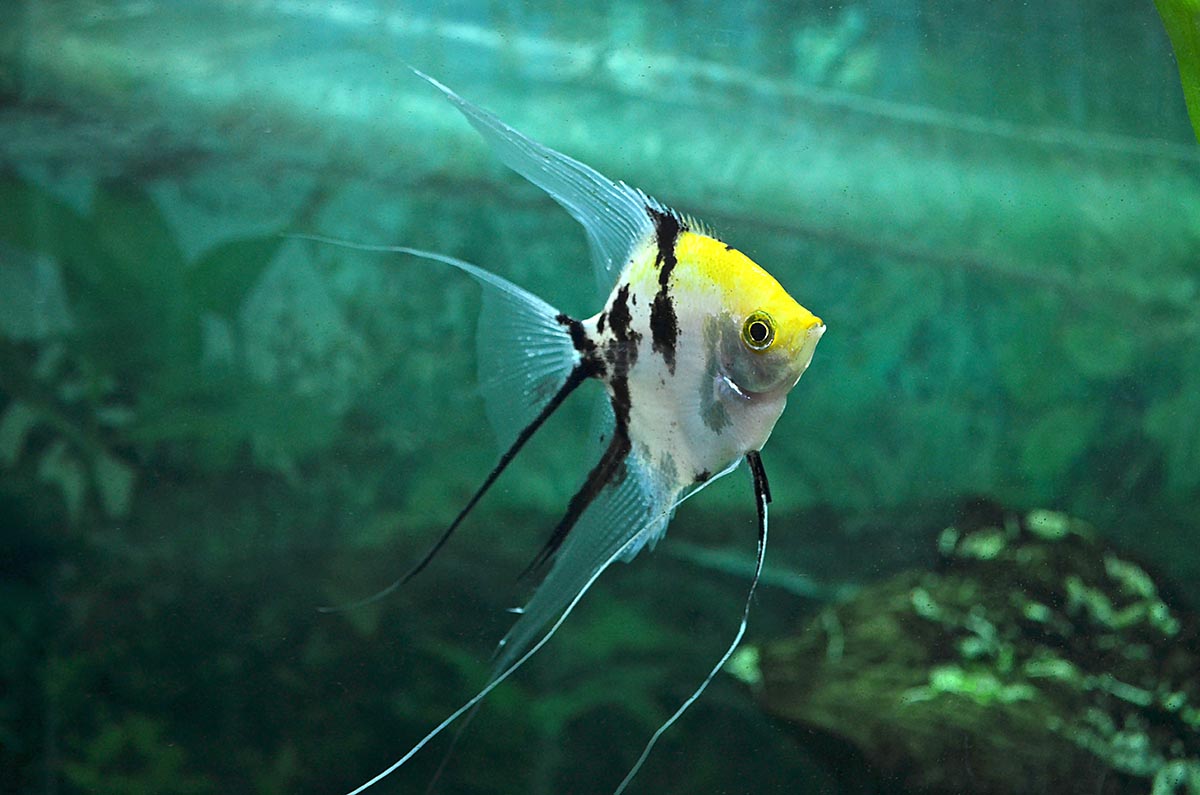 Why is a fish like the Veil Gold Marble Angelfish acceptable, yet a longfin catfish is not? Image credit: Leriaphoto/Shutterstock

A special excerpt from the September/October 2019 issue of AMAZONAS Magazine, by Ann Whitman

Cognitive dissonance best describes some aspects of our hobby’s relationship with man-made fishes. I’ve kept and bred veil angelfish (Pterophyllum scalare), for example, but wouldn’t consider buying long-finned panda corys (Corydoras panda) from the local shop. Countless swordtails and platies have graced my aquariums over the years, yet I now avoid Endler’s livebearers (Poecilia wingei) from unknown gene pools, since they are often crossed with guppies. I have kept and still admire oranda goldfish, but am appalled by balloon-belly rams (Mikrogeophagus ramirezi), mollies (Poecilia sp.) and other distorted fish. Is there any rational way to reconcile these inconsistent and contradictory attitudes?

With increased experience and knowledge, my fish-keeping aesthetics and awareness have evolved, as they must for anyone who has enjoyed and continued learning in this hobby. When I started out as a kid, I knew little about fish and just bought whatever I liked and my allowance would afford. While part of this is still true, my priorities, choice of fishes and what I find beautiful has matured. I pay much more attention to the provenance of my fish, for example, now that I understand how my pocketbook power and ability to breed them affects some species’ very survival.

As a horticulturist and botanist, I am well accustomed to humankind’s long history of creating hybrids for agriculture and ornamental plants. Species have always mixed on their own without human intervention, however, and will continue to do so, thereby creating new species. While many of these natural and man-made hybrids have become invasive nuisances, so have plenty of introduced, non-hybrid species. 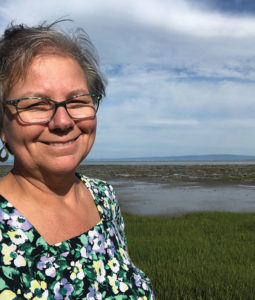 Ann Whitman in the field: The St. Lawrence River in Québec, Canada spills into the Gulf of St. Lawrence, the world’s largest estuary, before mixing with the Atlantic Ocean. Photo: D. Whitman

The one practice that does deserve condemnation, however, is animal cruelty. In the 1980s, I worked in a pet store and saw the first “painted” glassfish (Parambassis ranga) arrive in our tanks. These were expensive, frail, and looked garishly out of place. I soon learned how these fish were made, and we never ordered them from the wholesaler again. Fortunately, the major pet store chains in the U.S. stopped selling them, too, and the popularity and availability of painted fish has dropped considerably in this country. The practice of dyeing and tattooing fish remains popular in some Asian countries, however. Stripping fish of their protective coat, dipping them in temporary dye and then into a caustic solution to regenerate their slime, is simply cruel and inhumane. The same is true for injecting dye under the skin of fish with needles. I also find fault with intentionally selecting and breeding fish that cannot function and breed normally.

Each fish keeper has their own values and goals in the hobby. Some will choose to breed rare and endangered species; others will perfect show-quality flowerhorns. Some will keep strict biotope tanks and others will opt for GloFish®, fluorescent gravel, and plastic plants. Some of us prefer tanks full of South American characins, loricariids, and Corydoras species; others prefer Rift lake cichlids and Synodontis catfishes. We are all aquarium hobbyists, and as long we treat our fish humanely and each other with respect, neither is right nor wrong. Vive la différence!

Ann Whitman is the Executive Editor of AMAZONAS Magazine.