Viewpoint: Keep the Fish that Bring You Joy 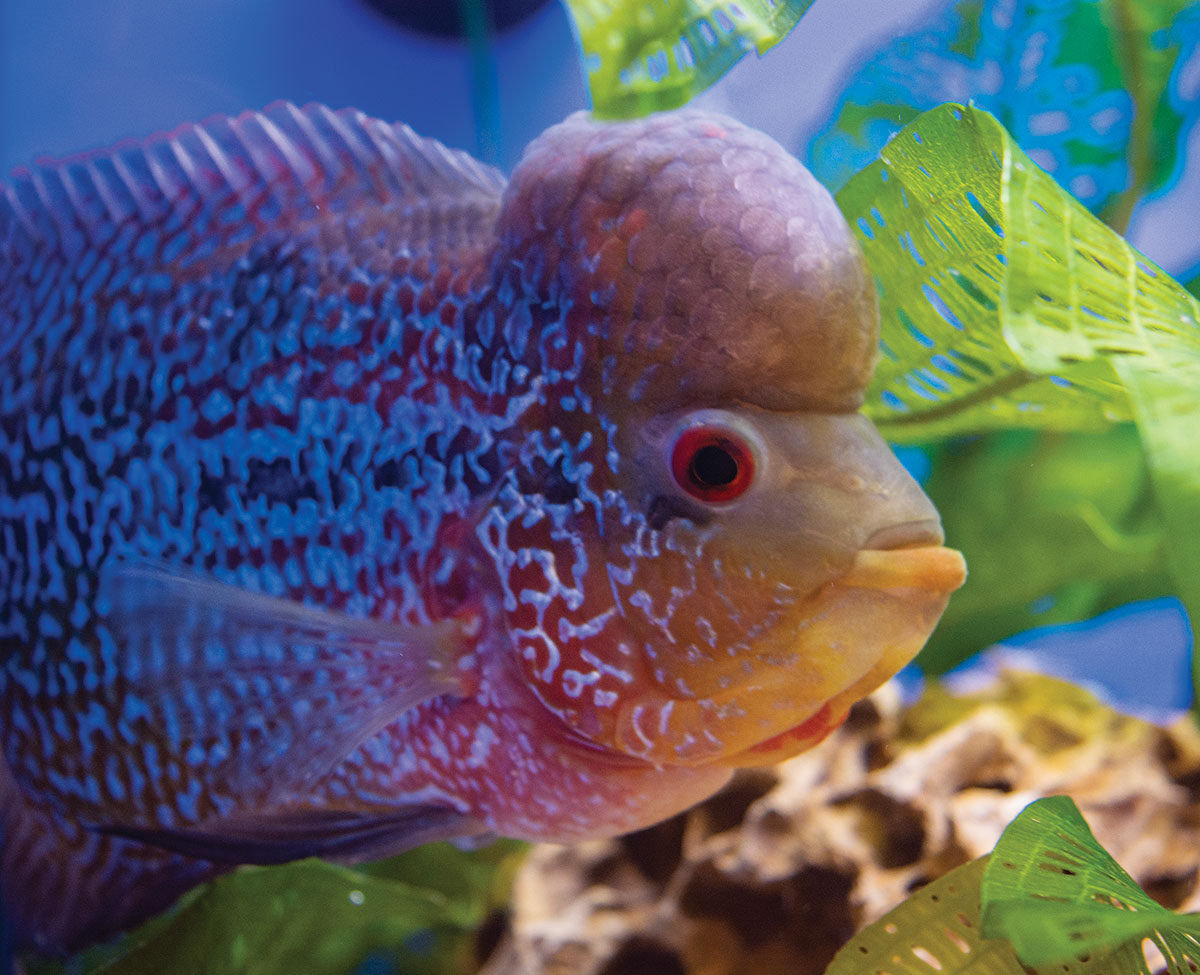 A flowerhorn on display at Global Pet Expo in Orlando. While hybrids like these are viewed as “second-class citizens” by many in the hobby, they are beloved pets and prized show fish for thousands of others. Love them or hate them, their popularity in the hobby can’t be ignored. Photo: M. Tuccinardi

A special excerpt from the September/October 2019 issue of AMAZONAS Magazine, by Michael Tuccinardi

My introduction to the hobby was something of a trial by fire; learning the ropes while manning the fish room of a small but well-stocked pet store as a teenager in the early 2000s. It was an interesting time for the hobby, with the first iteration of GloFish® just emerging into the mainstream and fishes like flowerhorns still largely relegated to Southeast Asian breeders. Though I was always drawn toward the more uncommon fish myself, I spent years unpacking and selling fish like electric blue dempseys (Rocio octofasciata), long-finned white skirt tetras (Gymnocorymbus ternetzi), veil angels (Pterophyllum scalare), and a growing array of colorful livebearers to the casual hobbyists that made up the lion’s share of our customer base.

In those years, the idea that a so-called “man-made” fish might be inherently problematic or unethical never really crossed my mind. While I knew enough to avoid the still-popular dyed and injected fish, since the practice had an obviously negative health impact on those fish, I saw little inherent difference between a wild-type (but still many generations inbred) firemouth cichlid (Thorichthys meeki) than say, a German gold ram (Mikrogeophagus ramirezi) or red tuxedo guppy (Poecilia reticulata). And though my thoughts on the matter have evolved since, I still find it surprising the extent to which hybridized, selectively bred, or fish otherwise altered from their wild phenotype can cause debate, revulsion, and even nastiness in hobby circles both in-person and online.

Since the very earliest days of humans keeping fish as pets, we have manipulated their genetics, shapes, colors, and even behaviors in order to please our changing sense of aesthetics or simply out of curiosity. And yet the ongoing debate regarding the value or ethics of man-made fish tends to center on the new: transgenic fish, multi-generation hybrids, electric blues, and extravagant long- fin variants. The inherent problem with many of these discussions is that they are almost entirely subjective, with each fishkeeper approaching the topic with their own preconceived notions of what constitutes acceptable versus objectionable genetic “tinkering”.

For my part, I have tried to frame my views on the matter in at least a semi-scientific fashion when possible, ignoring the visceral reaction and tendency to humanize our pet fish in favor of critical thinking. In this, the most compelling arguments I have heard against some of our more extreme fish modifications are in regards to the welfare of the fish themselves. Severe deformities such as “short body” strains have been used and prized by goldfish breeders for centuries, but they now occur more regularly in other species, especially in Asia. One has to imagine that, in the more poorly developed specimens, this would have a negative overall impact on health and longevity, but, without conclusive study, this is difficult to prove. There are certainly many examples of decades-old and apparently healthy ryukin and ranchu goldfish that contradict this assumption. The extravagant flowing fins of a halfmoon betta or longfin bushynose pleco surely pose something of an inconvenience, but these fish remain widely accepted.

Another frequent argument against the man-made fish comes from a conservation standpoint, which in my mind is hard to justify. Yes, certain fish in the hobby are endangered in the wild, even critically so, and it is wonderful that many dedicated aquarists worldwide propagate, share, and maintain pure lineages of these fish for others to enjoy. But beyond that? The idea of eventual reintroduction to the wild is often hinted at but, in most cases, is unrealistic. And while it saddens me as a hobbyist to think that pure wild strains of many freshwater stingrays, for example, will likely be nearly impossible to find in years to come due to intentional hybridization by commercial breeders, it has little bearing on the survival of the species themselves. Yes, the accidental or intentional release of hybrids or non-wild type fish could, in theory, impact wild populations, but the same holds true for any of the fish we keep, natural or man-made. Any have the potential to vastly impact nonnative ecosystems if released. It is with some revulsion that I read about the serious impact introduced flowerhorns have had in Sulawesi’s lakes, but would I feel differently if the invader was the Nile tilapia (Oreochromis niloticus), an even more destructive fish that has wreaked havoc on aquatic life for much of the last century after being intentionally introduced as a food fish? 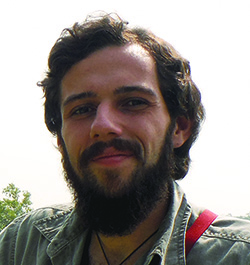 Michael Tuccinardi is a publisher and senior editor of AMAZONAS.

In the end, I’m happy to maintain my biotope-style aquariums with habitat-appropriate wild fish and to let other hobbyists enjoy their spectacularly colored king kamfa flowerhorns or lyretail koi swordtails or even a tank full of transgenic tetras, if that’s what brings them joy. I find that the diversity of the fish we keep strengthens, not diminishes, the hobby we share. The impulse to take something from nature and mold, tweak, prune, or modify it to suit our desires or merely our curiosity is something intrinsically human—as is, perhaps, the desire to argue about the results.