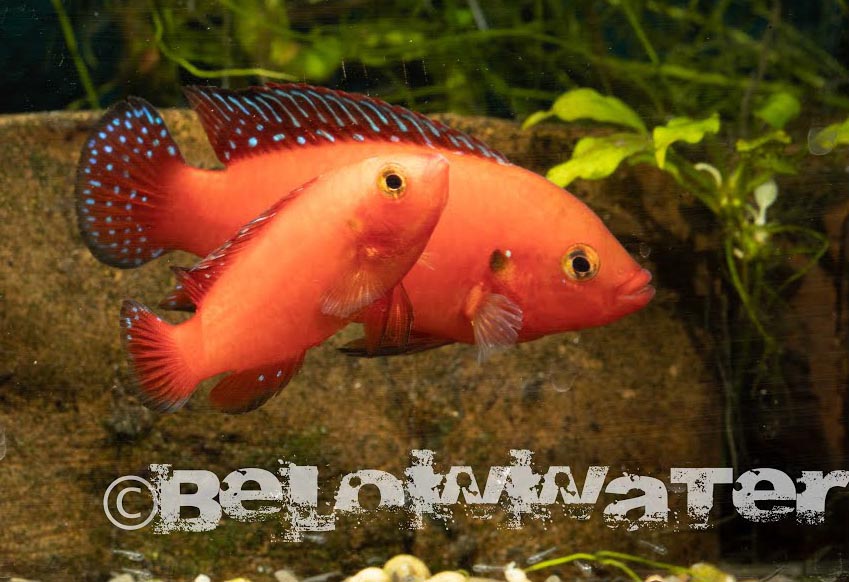 An exceptional pair of Hemichromis exsul puts on a show for viewers of Below Water’s new fish profile video series.

Arguably, Lucanus couldn’t have chosen a more lust-worthy example to kick off his series than an off-the-beaten-path species of Jewel Cichlid. While aquarists young and old are likely to equate anything “Jewel Cichlid” as being the Devil incarnate in fish-form, or a fish that is glorious in pictures but seldom looks that way in a dealer’s tanks, Lucanus reminds us that there are many unique species of Jewel Cichlid that when properly cared for will be the stars of their aquarium. 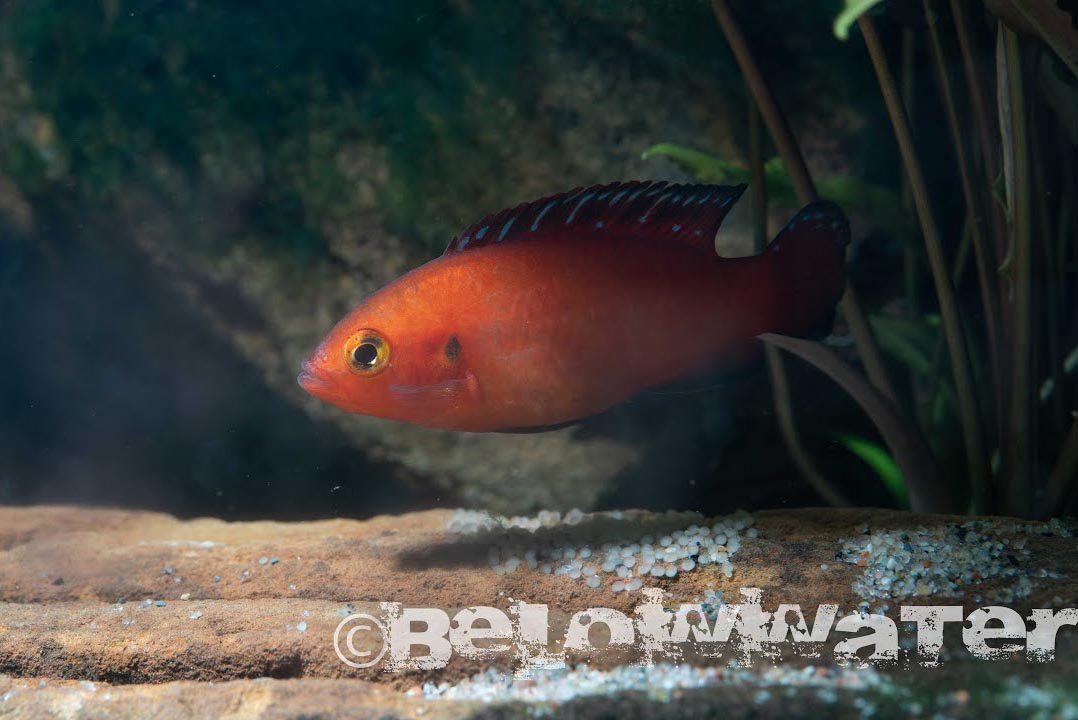 The female Hemichromis exsul tends a clutch; watch the videos to see their broodcare behavior.

Enter Hemichromis exsul, the Lake Turkana Jewel Cichlid from Kenya. This species looks especially enchanting with its unique solid red body and blue-spangled, black-edged fins. We won’t give away the details of the video as Lucanus introduces this beautiful fish, so instead, we’ll simply note that Aquarium Glaser GmbH reported that this species “stays rather small and [is] very peaceful – at least for a red jewel cichlid.”