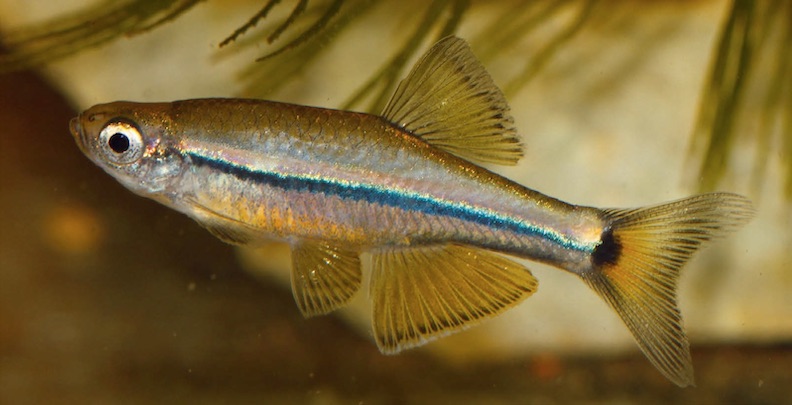 Years in the making, a fourth species has been officially described in the Asian cyprinid genus Tanichthys. This summer a team of four authors, Jörg Bohlen, Tomáš Dvorák, Ha Nam Thang and Vendula Šlechtová, published the description of Tanichthys kuehnei in the journal Ichthyological Exploration of Freshwaters.

Tanichthys kuehnei were first exported from the Bach Ma Mountains in central Vietnam into the hobby in 2009 as an undescribed species and sold under the names Tanichthys sp. ‘Vietnam’, Tanichthys sp. ‘lemon’, and/or ‘yellow white cloud’. Unfortunately, it has also been erroneously sold under the epithet of its congener T. thacbaensis. Following its first introduction, ichthyologists and fish collectors alike searched in vain for years trying to recatch this elusive species. Finally in 2017, T. kuehnei was relocated in Hue Province in Central Vietnam, and voucher specimens were used to formally describe the species.

The genus Tanichthys was monotypic for nearly 70 years with T. albonubes (the White Cloud Mountain minnow) as its sole member hailing from China and northeast Vietnam. Tanichthys thacbaensis, an endemic species to Thac Ba Lake, Yen Bai Province in northwestern Vietnam, and T. micagemmae from central Vietnam, were described in 2001.

The type locality, a stream named Rach Hoi Da, had very clear water with a pH near 7 and very low conductivity at the time of collection. The biotope featured a sandy bottom with rocks and filamentous algae.

Most likely, if you have a ‘yellow white cloud’ in your possession, it is T. kuehnei and not T. thacbaensis. There is a cloud (pun intended) of mystery behind the identity of T. thacbaensis as it was described from two individual specimens collected in 1962 from a location at Thac Ba. Shortly after collection, the type locality was inundated following the completion of the Thac Ba Reservoir. No T. thacbaensis has been found since the inundation and to further hamper comparisons, the type specimens have since been lost!

We know from phylogenetic analyses that T. kuehnei is a valid species. What is yet to be determined is if the genus Tanichthys is limited to four species. 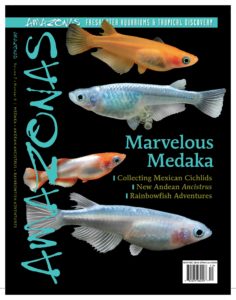 The Nov/Dec 2018 issue of AMAZONAS  containing Freidrich Bitter’s snapshot of Tanichthys sp. “Da Nang” is available to purchase through our Back Issues Shop.