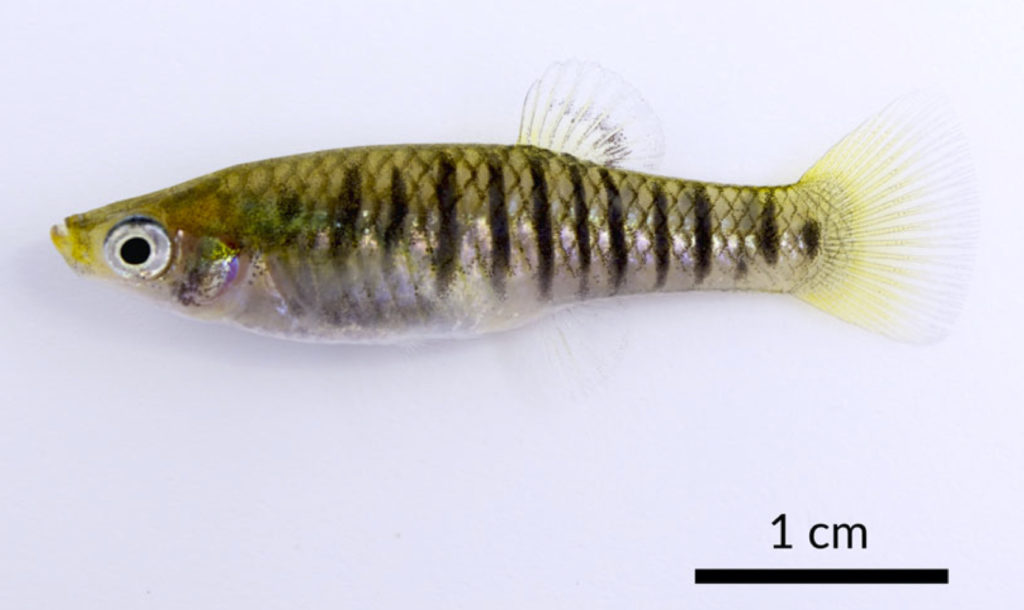 Introduced into the aquarium hobby in the early 2000s, a beautiful Haitian livebearer, Limia sp. “tiger”, was initially misnamed as L. garneiri and even L. nigrofasciata. Nearing two decades later, the tiger limia has been formally described in the Journal of Fish Biology by Rodet Rodriguez-Silva and Pablo F. Weaver as Limia islai.
Limia islai is one of seven endemic Limia found in Lake Miragoane, Haiti, a 9.7 square-mile (25 km²) lake located 0.6 miles (1 km) southeast of the city of Miragoâne. The tiger limia is described as having a slender body with a light olive-green background that turns yellow in the snout, dorsal region, and base of the caudal and dorsal fins. Both males and females exhibit 4-12 conspicuous black bars on the sides of the body. Small, blurred black spots are also present on the edge of the dorsal fin, especially in male specimens. The holotype and paratypes ranged from 22-35 mm SL.
The black vertical barring is a distinguishing characteristic that separates L. islai from all other Limia except L. nigrofasciata (blackbarred or humpback limia). These bars are typically wider and darker in L. islai than L. nigrofasciata. Additionally, the dorsal fin origin of female L. islai is slightly posterior to the anal fin origin and L. islai do not develop the dorsal hump often seen in L. nigrofasciata. 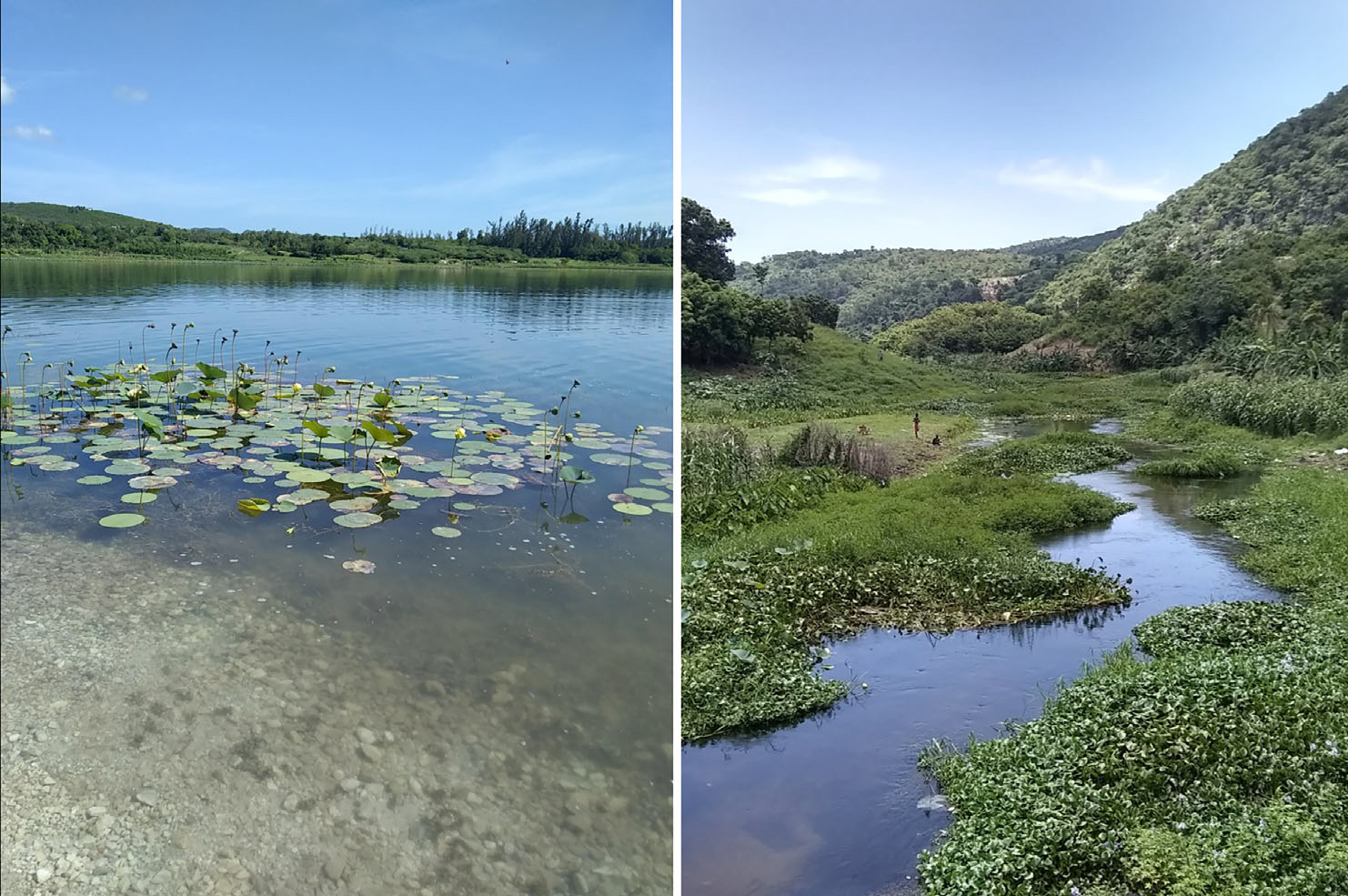 Ecology
Little is known about the ecology of the fish, except that it was observed in a small, clear water effluent exiting the north end of the lake as well as the lake itself. The species appears to prefer habitats with submerged vegetation and muddy bottoms. Also collected in the same location were the native fishes Gambusia beebei (Miragroane gambusia), Nandopsis haitiensis (Haitian cichlid), L. nigrofasciata, L. garnieri (Garnier’s limia), L. miragoanensis (Miragoane limia), and L. immaculata (plain limia). Oreochromis aureus (blue talapia) and Coptodon rendalli (redbreast tilapia) were non-native members of the fish community.
The species is reported to be fairly easy to keep in species-specific aquaria. They readily accept a variety of foods, from flakes to frozen brine shrimp to live mosquito larvae. One note of caution is that some tiger limia have been known to be susceptible to sometimes lethal stress caused by large water changes.
Etymology
The specific epithet is in honor of the late Dominic Isla, one of the first collectors of the novel species and the person credited with introducing the tiger limia to the aquarium hobby.
Article Abstract:
Limia islai, a new species of livebearing fish, is described from Lake Miragoane in south‐western Haiti on Hispaniola. The new species has a conspicuous barred pattern consisting of several (4–12) black bars along the body, ray 4p serrae of the gonopodium in males with 10 segments and origin of dorsal fin in females slightly behind the origin of the anal fin. Although the new species colour pattern is similar to that of the humpbacked limia Limia nigrofasciata Regan 1913, L. islai sp. nov. has exclusive morphological features, such as slender body, lack of hump anterior to the dorsal fin in males and presence of specific features in the gonopodial suspensory, which allow an unambiguous diagnosis from L. nigrofasciata. L. islai further differs from L. nigrofasciata in reproductive behaviour since L. islai males rely on sneak copulations and gonopodial thrusting, whereas L. nigrofasciata display an elaborate courtship behaviour. The new species is also genetically distinct in both nuclear (Rh, Myh6) and mitochondrial (12S, ND2, D‐loop, Cytb) genes from other species in the genus showing reciprocal monophyly. The description of this new Limia species from Lake Miragoane confirms this lake as an important centre of endemism for the genus, with a total of eight endemic species described so far.
Reference:
Allen, B. 2010. The Tiger Limia: Species Unknown? Tropical Fish Hobbyist Magazine Issue 649: 82-83.
Silva, R.R. & Weaver, P.F. 2020. A new livebearing fish of the genus Limia (Cyprinodontiformes: Poeciliidae) from Lake Miragoane, Haiti. Journal of Fish Biology: 1-10. https://doi.org/10.1111/jfb.14301