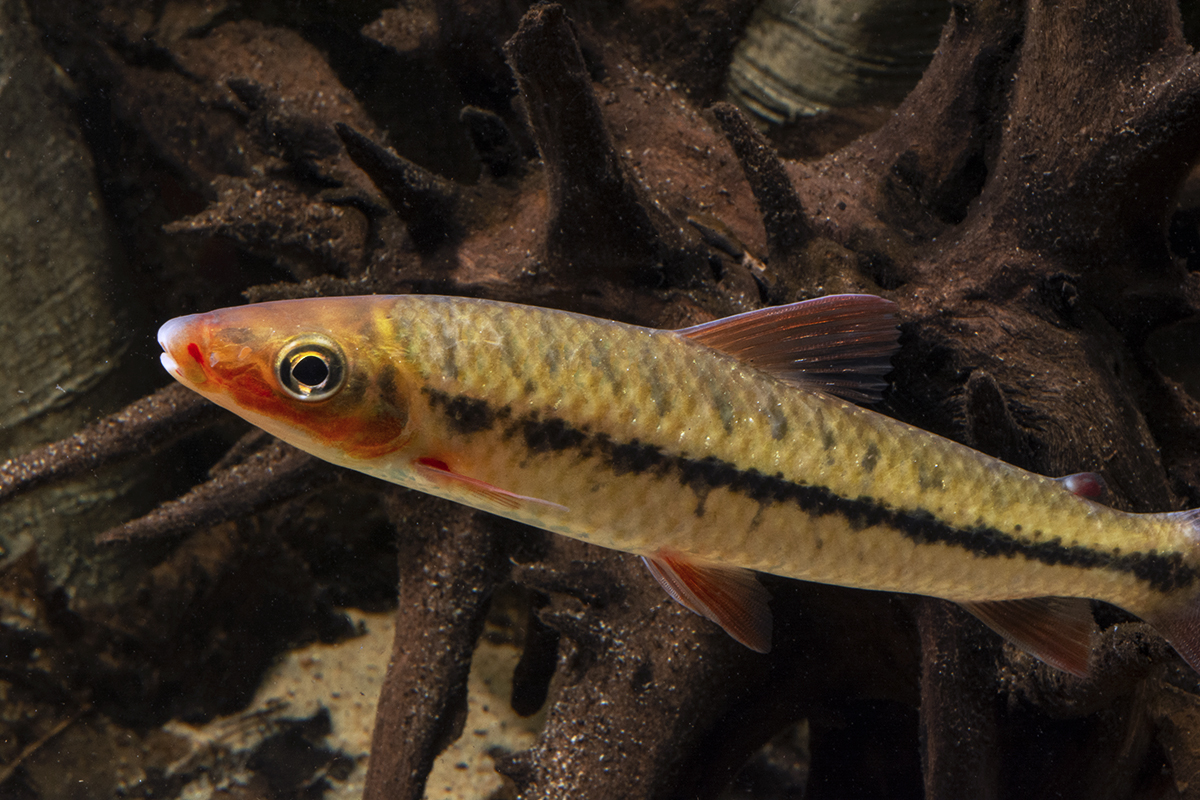 Leporinus brunneus, a beautiful, uncommonly imported Anostomid and a striking addition to an appropriately large aquarium.

Last week, I was pleasantly surprised by one of my suppliers in Colombia when I received some ‘bonus’ fish with a shipment I brought in for Aqua Imports, a local fish store and online retailer based right by me in Boulder, CO. The names on the invoice were somewhat cryptic, just listed as ‘Leporinus sp.‘, but I have become accustomed to the fun of unpacking, then identifying, surprises like these. This particular supplier (one of my favorite exporters), knows that I love oddball and weird fish and so do my clients, so this is a somewhat regular occurrence. 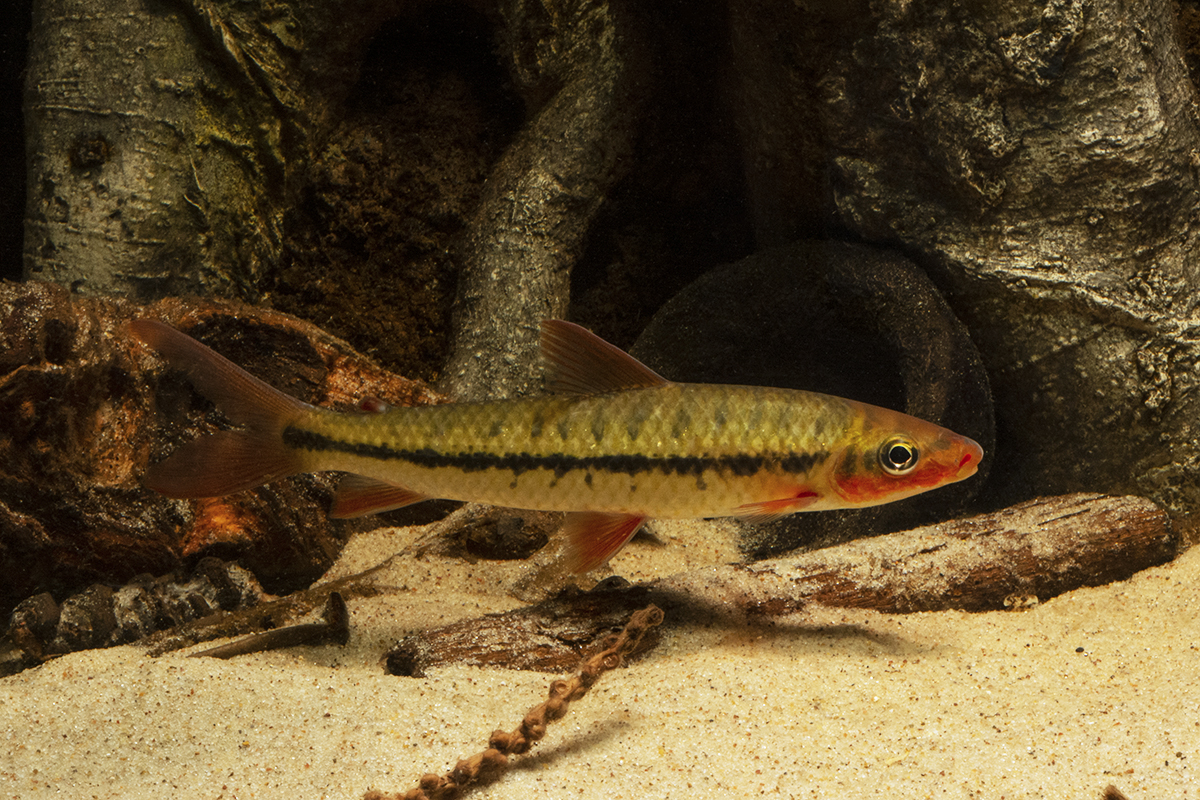 As its body shape implies, L. brunneus is found in fast-flowing waters in the wild and is a powerful swimmer.

After a long morning of unpacking the shipment, I sorted out the various sized Anostomids, put them in separate holding tanks with heavy oxygenation and water movement, and was determined to take one or two of each to my home photo tanks once they had settled in to get to the task of identification. I thanked my supplier for the healthy and very cool new fish, then asked on a hunch if they were from the Rio Ventuari, a major tributary of the Orinoco characterized by clear, warm, and often very fast-moving waters. As it turned out, they were, which was little surprise looking at their body shape and behavior. Two of what appeared to be three distinct species appeared to be from the genus Pseudanos, a group of highly derived characins I had little familiarity with. The other was a familiar-looking but hard to place member of the same family, Anostomidae. After a few busy days, I got the chance to break out the camera and get decent photos of each, then took to the internet hive mind (specifically a Facebook group, Characins of the World) to see what knowledgeable people out there thought. 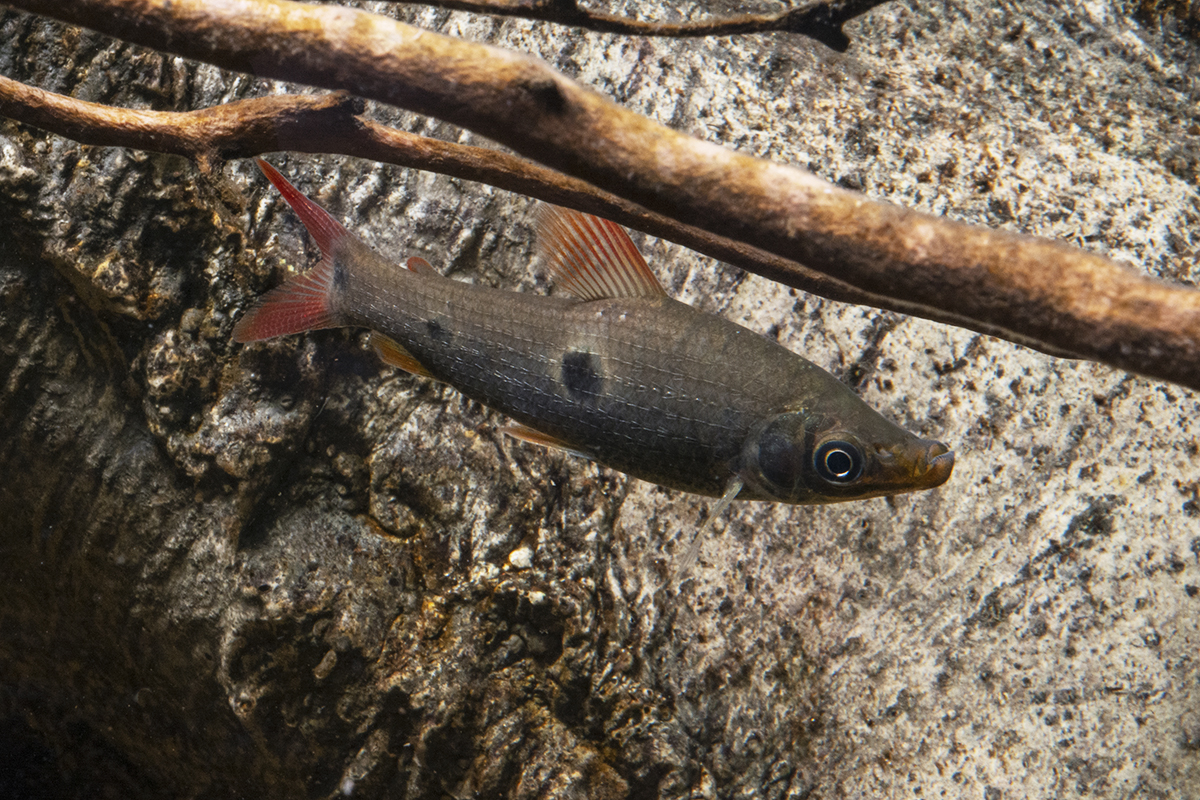 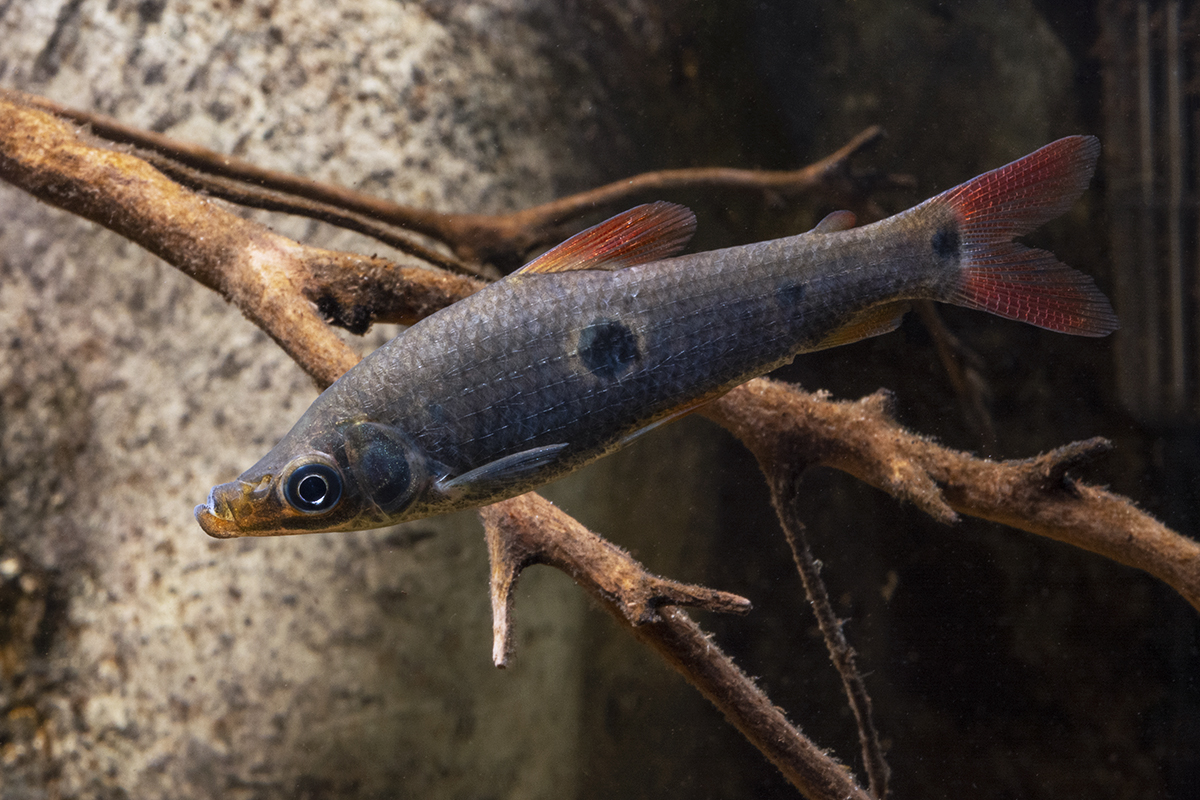 The consensus that emerged, with help from someone who actually described one of the species I had photographed, was that I had specimens of Pseudanos varii, Pseudanos winterbottomi, and Leporinus brunneus in my aquariums. L. brunneus is a large, bold species that seems to stick to loose aggregations and prefers to spend their time in open water. Their striking pattern and intense red fins and face really develops once they’re settled into an aquarium with ideal conditions – soft, acidic water with temperatures above 80F.
The two members of the genus Pseudanos are both slender, elongated fish well-adapted for life in heavy current and which have uniquely shaped upturned mouths ideal for scraping algae, terrestrial vegetation, and biofilm off the surface of the rocks and boulders which dominate their habitat. The shape of their mouth is very similar to another uncommon Anostomid, Synaptolaemus latofasciatus, which inhabits the same general habitat, and, according to my supplier, was the fish collectors in the area were after at the request of myself and several other importers. 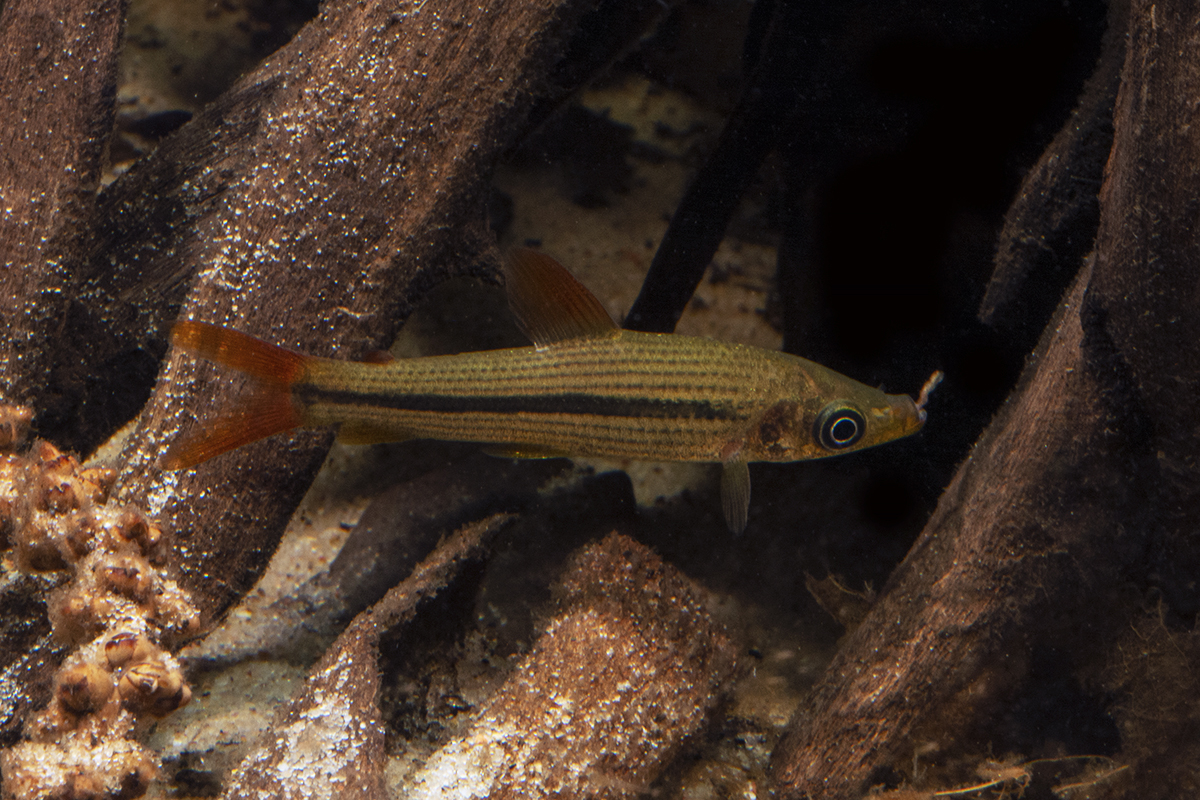 In the aquarium, these fish seem robust and adaptable, but show a proclivity for plenty of water movement and oxygenation. They all feed readily on frozen, freeze-dried, and pelleted/granule foods and seem to do well in groups. They spend most of their time swimming against the current and grazing on the surface of driftwood, rockwork, and other tank decor. P. varii can be shy, while its congener P. winterbottomi is more outgoing and curious. All are fascinating imports that should pique the interest of any hobbyist who enjoys oddball South American Characins or the vastly underappreciated family Anostomidae.