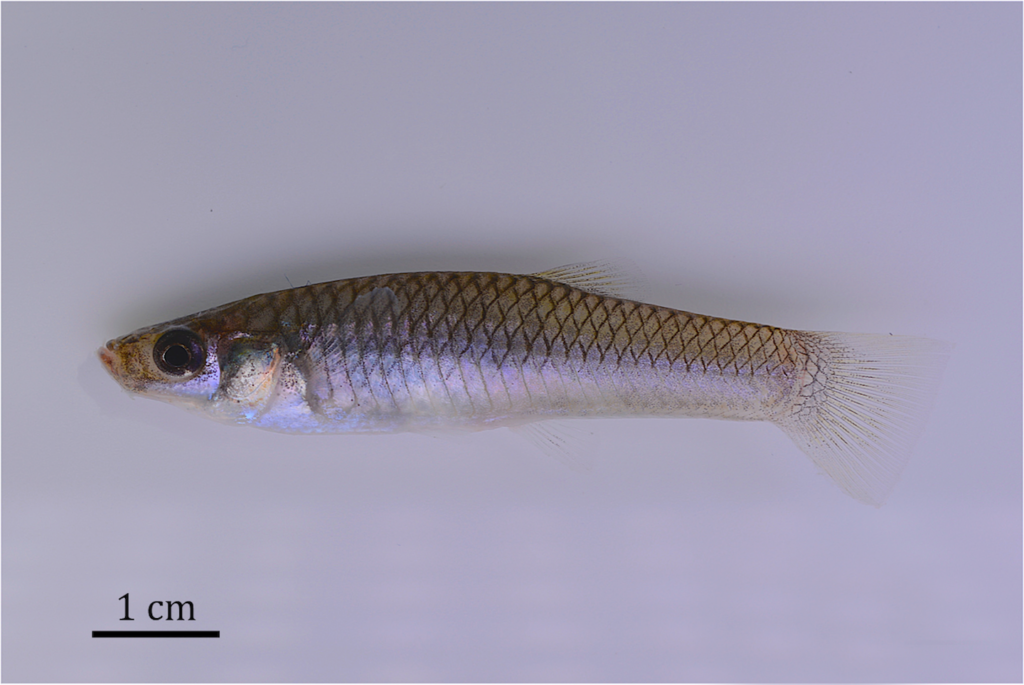 In terms of species richness and abundance, the fresh waters of the Caribbean are dominated by livebearing fishes. Prior to this description, Hispanola (Haiti and the Dominican Republic) was known to harbor 18 species of Limia endemic to the island. Although some Limia are known to tolerate varying degrees of salinity, most are found in inland waters. One lake that appears to be an epicenter of species radiation in the Caribbean is Lake Miragoâne in southwestern Haiti. Lake Miragoâne, although one of the largest freshwater lakes in the Caribbean, is a mere 7.5 miles (12 km) long with a surface area of 9.25 square miles (25 km²).

The fish were collected in the north bight of the lake in an area that had muddy bottoms and some submerged and semi-submerged vegetation along the banks. At the date of collection (June 2019), the water temperature was a warm 85.8°F (29.9°C) and the water conductivity was 321 µS/cm. 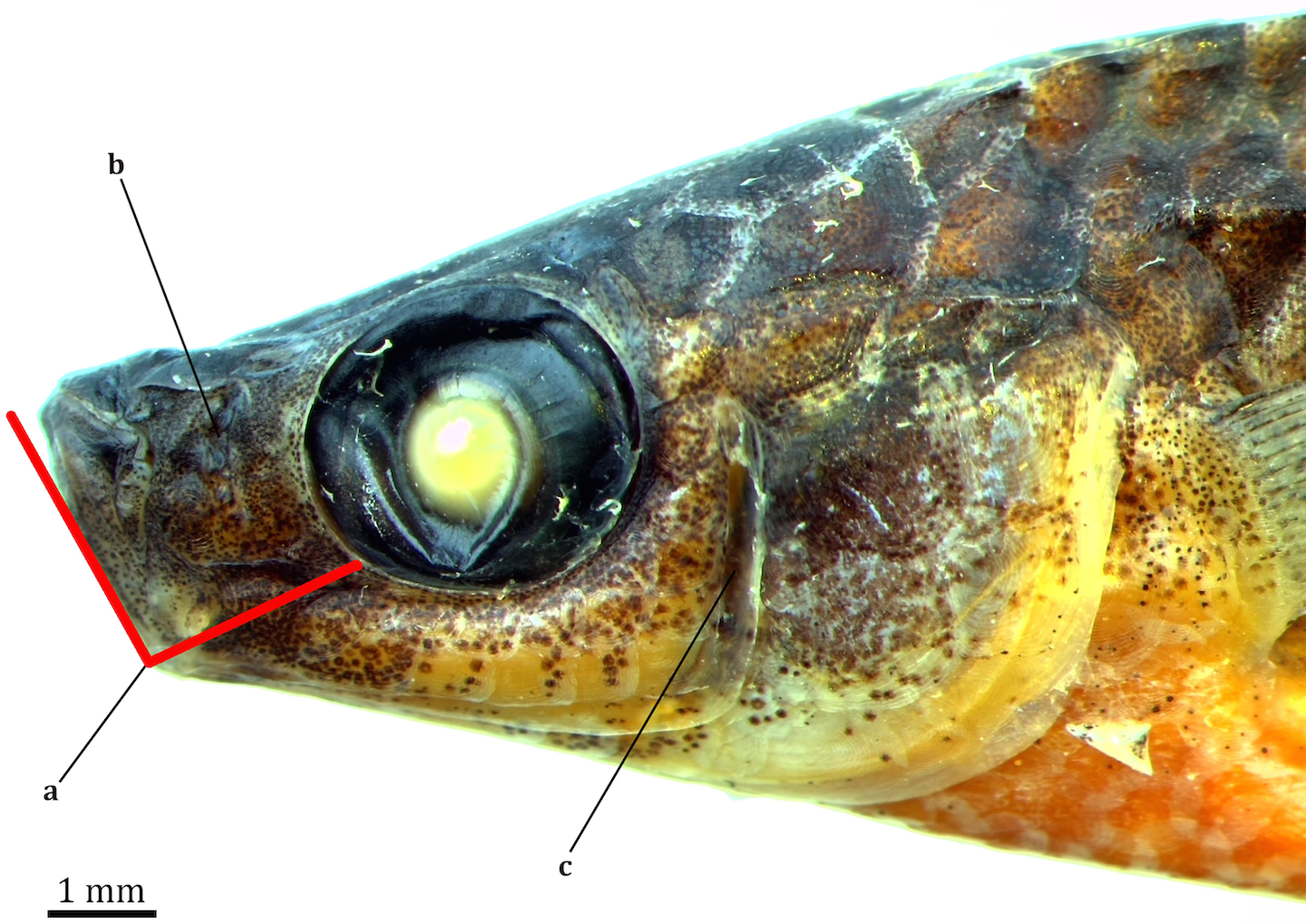 Figure 4 from Rodriguez-Silva, Torres-Pineda, and Josaphat 2020: Head of Limia mandibularis showing the protuberance in the lower jaw (a), the single preorbital canal forming an open groove (b) and the single preopercular canal forming an open groove (c). Red lines show the quadrato-mandibular joint forming nearly a right angle between the front of the mouth and the inferior edge of the eye globe.

The authors speculate that trophic specialization may be one driving factor that is responsible for the high radiation of Limia in Lake Miragoâne. The unique jaw morphology of L. mandibularis supports this notion, and Rodriguez-Silva and Ingo Schlupp of the University of Oklahoma have preliminary data that show that Limia species may specialize or prefer certain food items over others. I look forward to learning more about the endemics of Lake Miragoâne and the driving factors responsible for the species radiation of the Caribbean livebearers.

Limia mandibularis, a new livebearing fish of the family Poeciliidae is described from Lake Miragoane in southwestern Haiti on Hispaniola. The new species differs from all other species in the genus Limia by the presence of a well-developed lower jaw, the absence of preorbital and preopercular pores, and preorbital and preopercular canals forming an open groove each. The description of this new Limia species from Lake Miragoane confirms this lake as an important center of endemism for the genus with a total of nine described species so far.