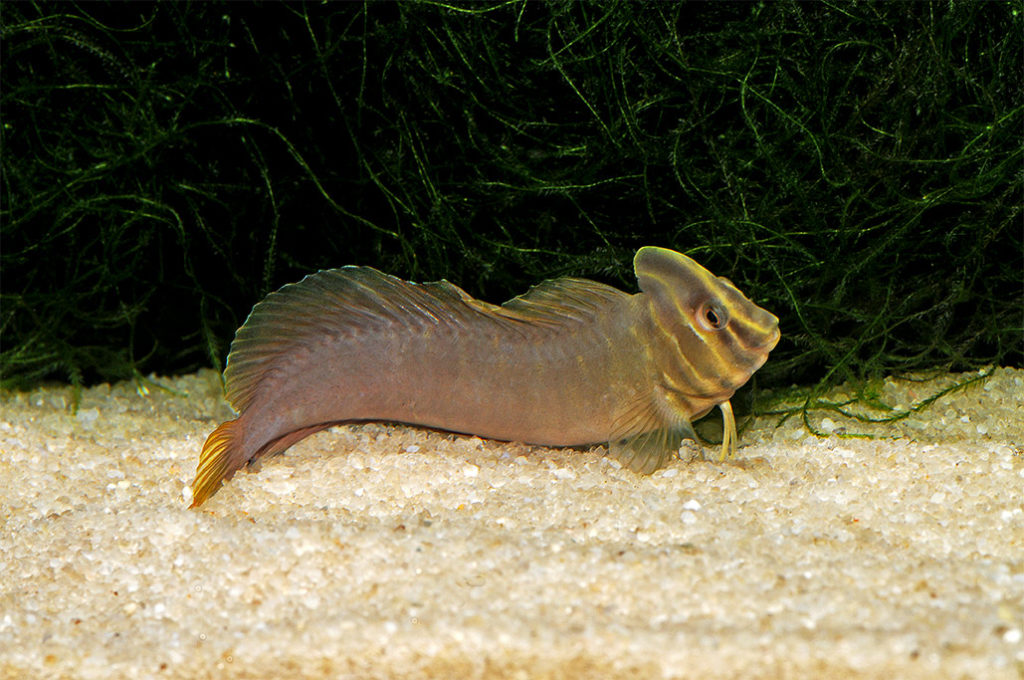 This latest captive-breeding accomplishment highlights an interesting and occasionally-seen fish that is usually imported and distributed as part of the freshwater aquarium trade.
The Top Hat Blenny, Omobranchus fasciolatoceps, is one of a few species of blenniid fishes that are sometimes marketed to aquarium keepers as “Freshwater Blennies.” This native of Japan, Taiwan, Hong Kong, and the overall southern China coast is found in estuaries and the ocean shallows near shore. It reaches a modest 3 inch (8 cm) length and is likely tolerant of a wide range of temperatures; Fishbase goes so far as to consider this a “temperate” species. Not overly aggressive but certainly not timid or passive, the species will likely be a fascinating aquarium inhabitant. Its fleshy crest and zebra-striped face make this substrate dweller all the more appealing. Blennies are known as fish with personalities, and the Top Hat Blenny certainly lives up to that expectation.
Early Research
Earlier larval research published in 1999 successfully demonstrated the successful larval rearing of the Omobranchus faciolatoceps in a laboratory setting. Takamitsu Kawaguchi, Hiroshi Kohno, Kiyoshi Fujita, and Yasuhiko Taki collected clutches of wild eggs, which were then subsequently hatched and reared in “50% seawater” at temperatures of 77–86F (25–30C). Nannochloropsis algae, rotifers (Branchionus plicatilus), and brine shrimp (Artemia salina) were used in the larval rearing process. The researchers’ findings were published in the journal Ichthyological Research, June 1999, and are currently available for online reading.
Of note, the eggs are laid in concealed places (caves, holes, oyster shells) and are apparently guarded by the male blenny in the wild. The eggs hatch into larvae that are approximately 3 mm in body length (BL). Flexion starts at just over 5 mm BL and is completed by the time the larvae have reached 7 mm BL. At a length of just under 10 mm BL, the larvae are fully-finned they and transition into the juvenile stage. By around 18 mm BL (roughly 0.75 inches), the fish show color patterning.
A Captive-Bred First
Over 20 years later, Pei-Sheng Chiu, an assistant researcher at the Mariculture Research Center, Fisheries Research Institute, Taiwan, has revisited the species and taken the breeding of Top Hat Blennies one step further. Chiu found the missing element that defines a “captive-bred” fish, successfully spawning the species in an aquarium and rearing the larvae through to the juvenile stage. As such, we would argue that this marks the first true successful captive breeding of the species.
Chiu noted that he believes all the specimens in the Taiwanese aquarium trade are wild-caught. He clearly conveyed that, “This species is a marine fish, which should ideally breed in seawater, but it can be kept in freshwater and brackish water. Broodstock can spawn in seawater, brackish water, and freshwater, but the hatchability of fertilized eggs was significantly lower in freshwater.”
Through personal conversation, Chiu helped fill in some of the gaps from prior research. There may be some dimorphism and dichromatism in O. faciolatoceps; Chiu’s broodstock pair clearly shows the female as smaller and more colorful. Males do undergo a color change during courtship. 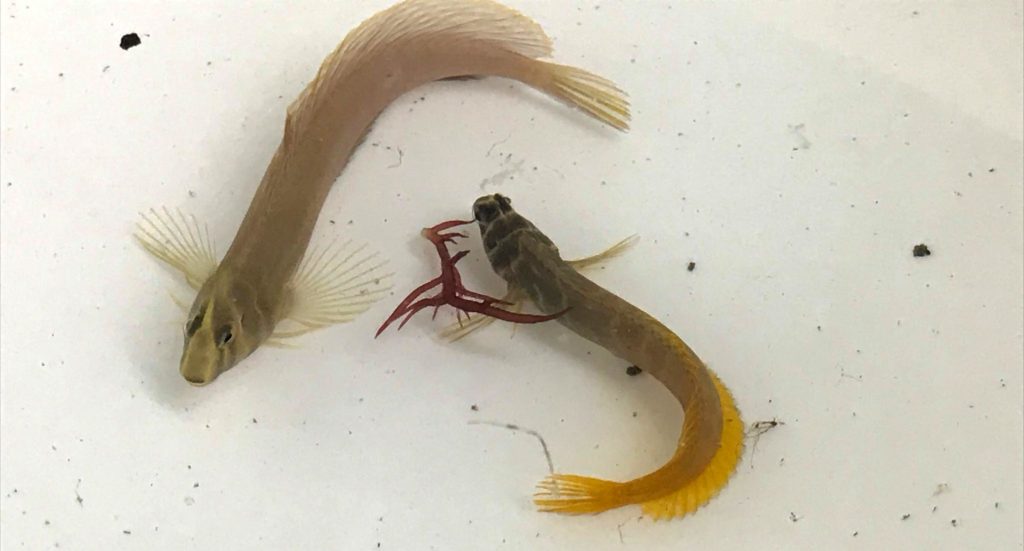 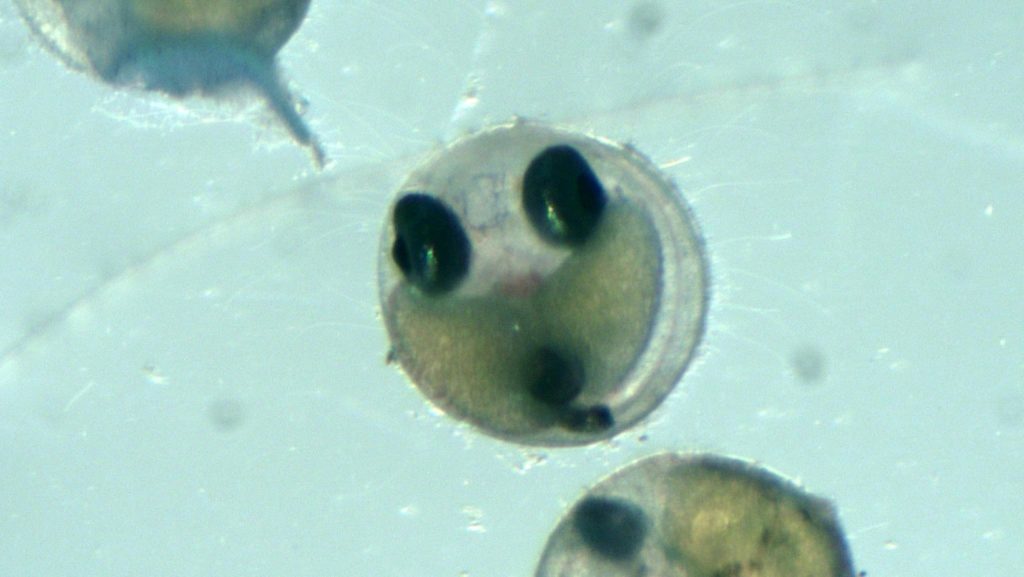 The time from spawn to hatch has not been disclosed. 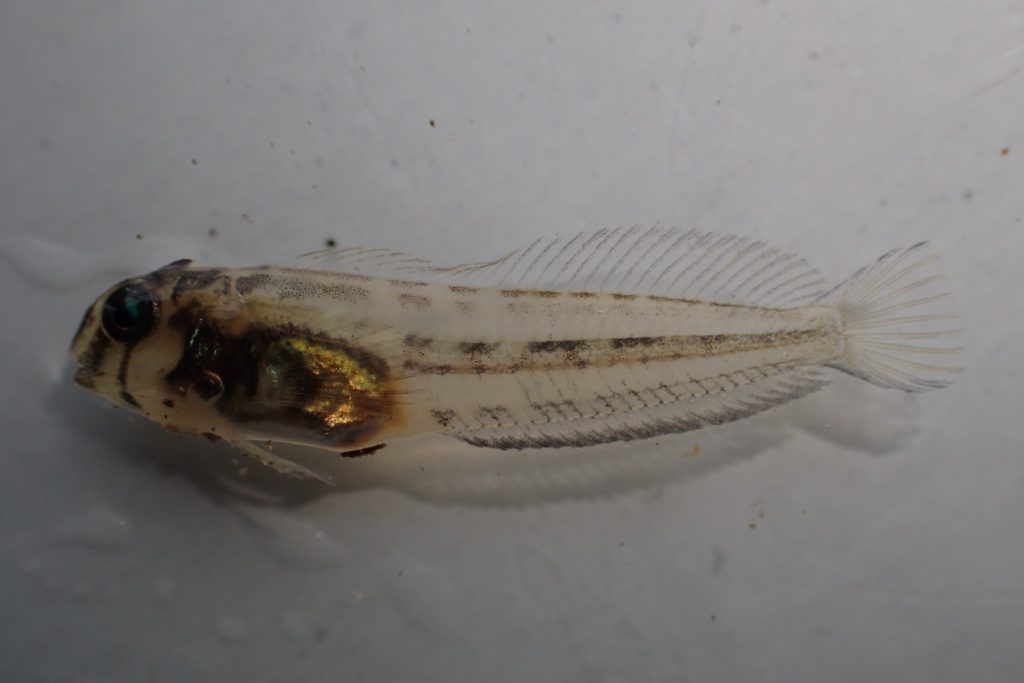 Chiu reported that rotifers were used as the first food (in this instance, Brachionus ibericus), and that “the feeding method is similar to most clownfish.” Growout times were not disclosed. 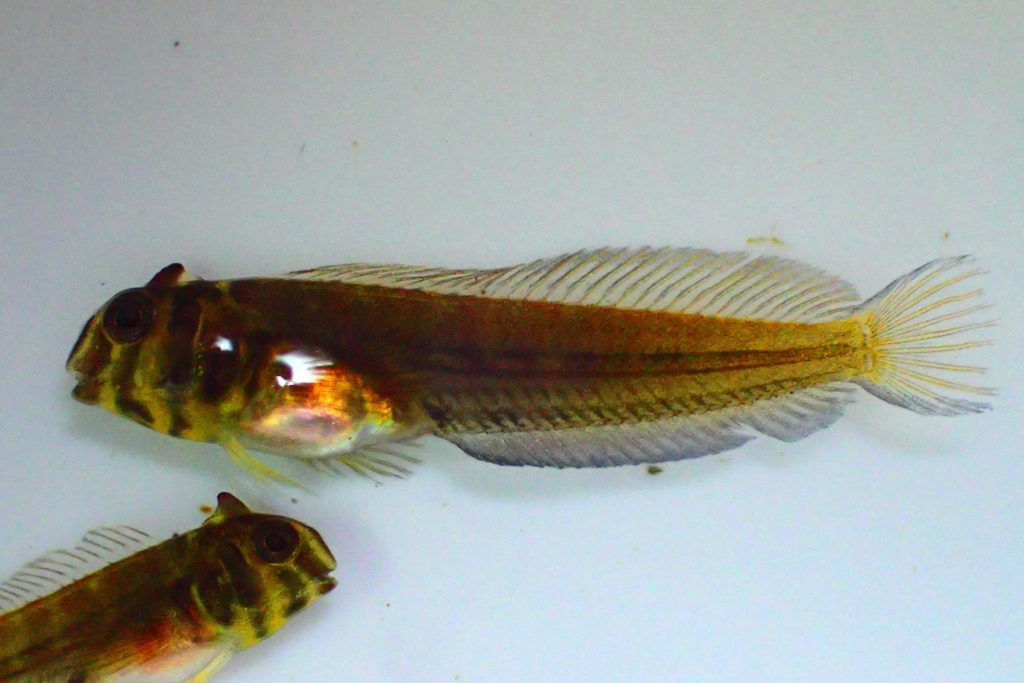 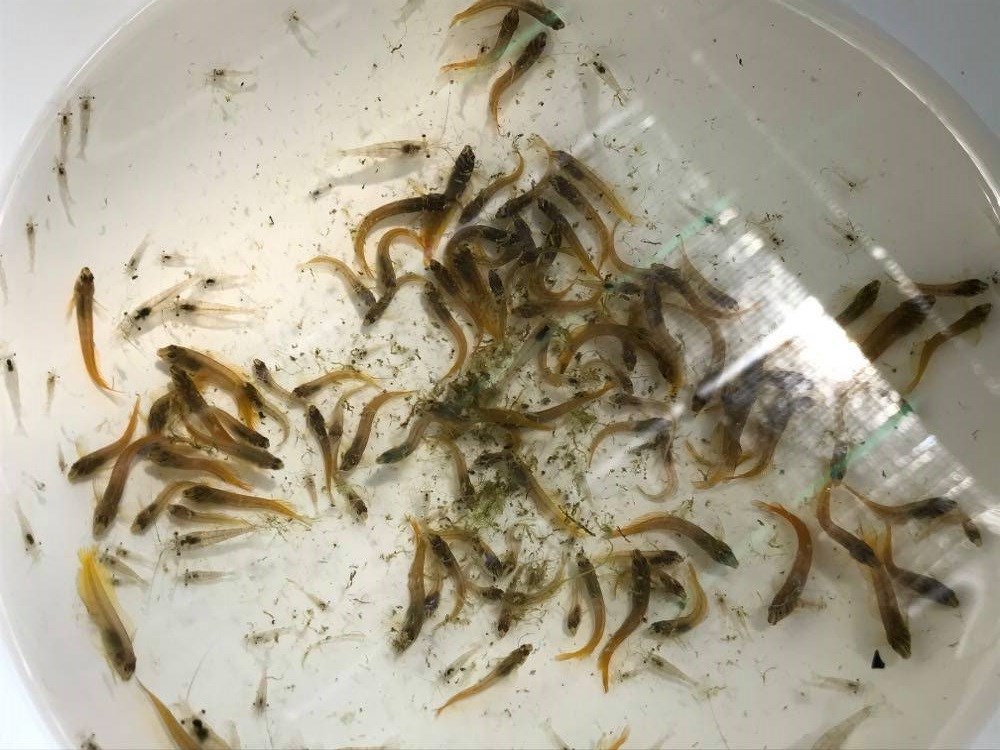 What’s Next?
Chiu’s documentation and formalized findings will be submitted to a scientific journal for publication in Taiwan. Outwardly, these reports suggest that the Top Hat Blenny may make a great candidate for home-based breeding efforts. This also lends support to the general suitability of this species for aquarium-keeping, adding yet another good candidate species to the niche “brackish fish” market. The fish may be able to thrive at any salinity.
Joe Hiduke, Sales Manager for Nautilus Wholesale, agrees. “They’ve always done great for me; seem to be very hardy. We keep them around 5ppt for salinity. I got a handful to our salt supplier, and they did well in full saltwater too.” 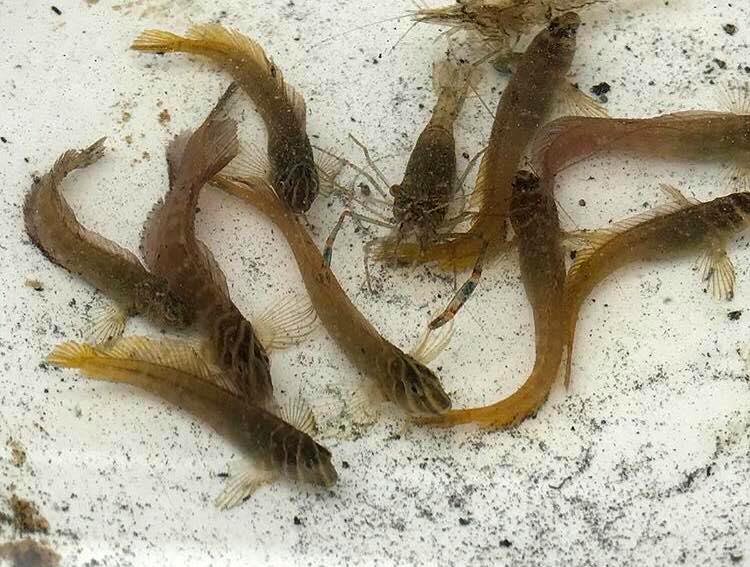 Other species of Omobranchus may be encountered in the aquarium trade, including the Brachiosaurus Blenny, Omobranchus anolius, which is exported from Australia on occasion and marketed as a marine offering, or the Zebra Blenny, Omobranchus zebra, being marketed as a freshwater or brackish species, exported from India. All these species are found in near-shore habitats (mudflats, mangrove estuaries, bays, rocky shorelines), and as such may all have some tolerance of varying salinity levels. They might also share similar reproductive strategies and breeding requirements. Clearly, this is a genus ripe for further investigation by aquarists!
Videos of Adult Tophat Blennies