In the Trade: Redtail Brycon 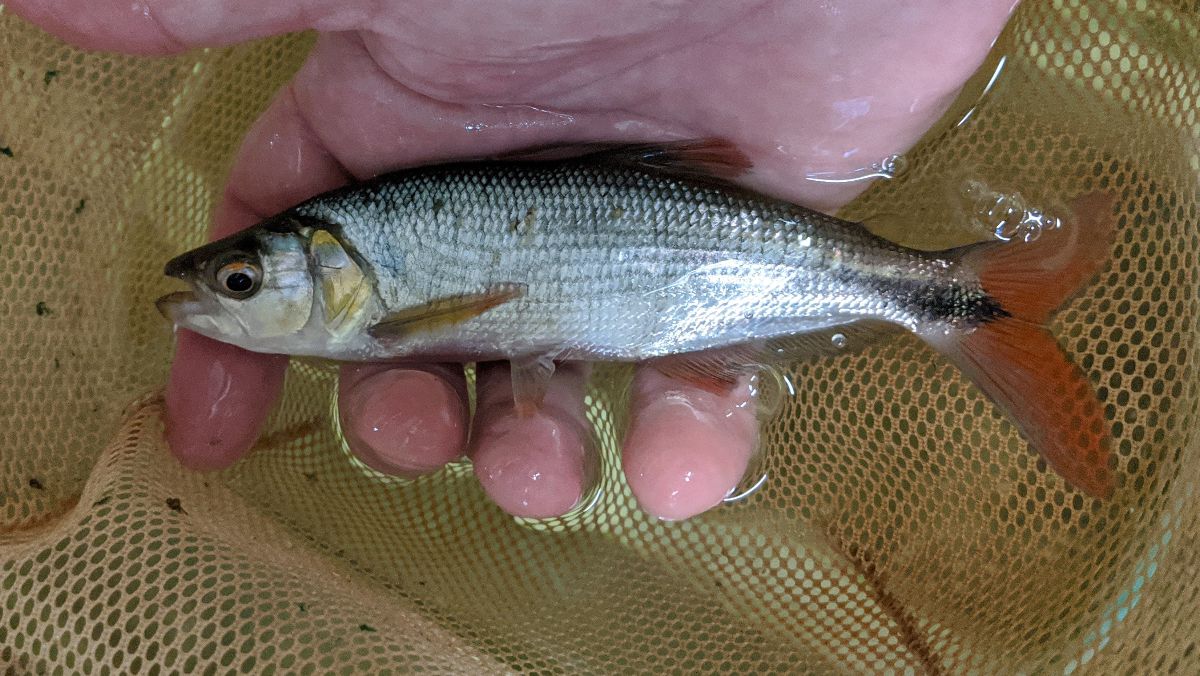 We received a shipment of fish from Ecuador for the first time in (I think) a couple of years. There’s not a ton of variety that comes out of there, but there are a few nice items.

The best new fish we received are the redtail Brycon characins. These are a big toothy barracuda type tetra. This is the fish you need if you’ve ever looked at a Buenos Aires tetra and thought ‘I wish that was bigger and toothier’. They have a max size of around a foot (12″, 25 cm). They are a lot more active than the Acestrorhynchus barracudas that are more commonly found in the trade. 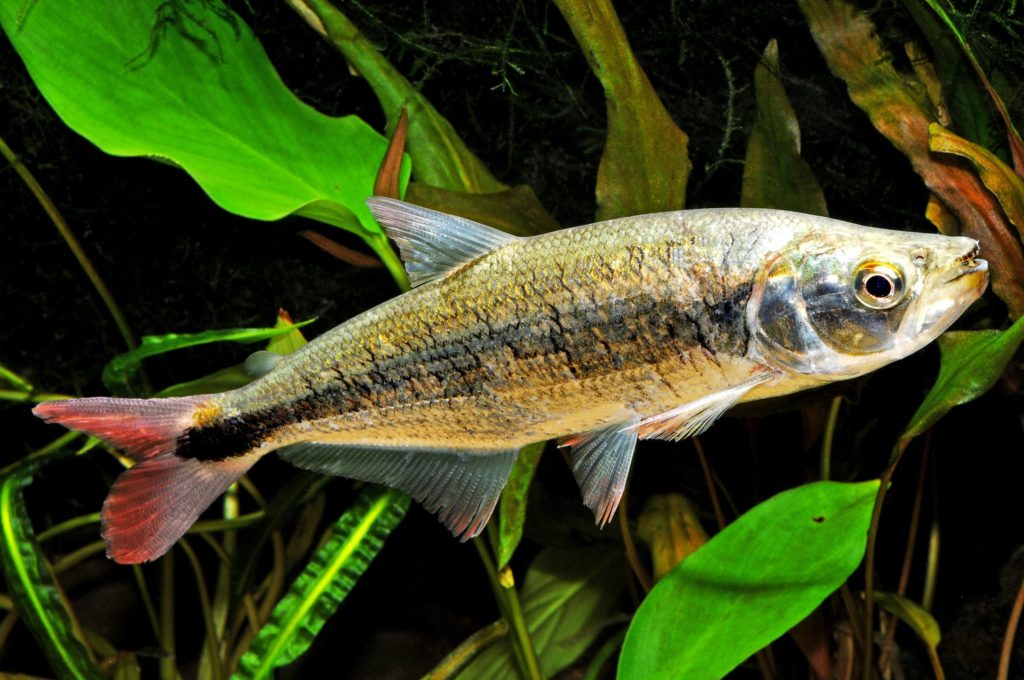 With 45 to 50+ species in the genus (depending on which resource you query), identification of these Brycon sp. could prove challenging. The names Brycon dentex, and B. cephalus, are both applied at times to “Red-Tailed Brycon” in the aquarium trade. This is a case where knowing the origin of the fish can help, as B. cephalus is not found in Ecuador, whereas B. dentex is. It is noteable that B. dentex may also enter the aquarium trade under the name “Sabalo Barracuda”. 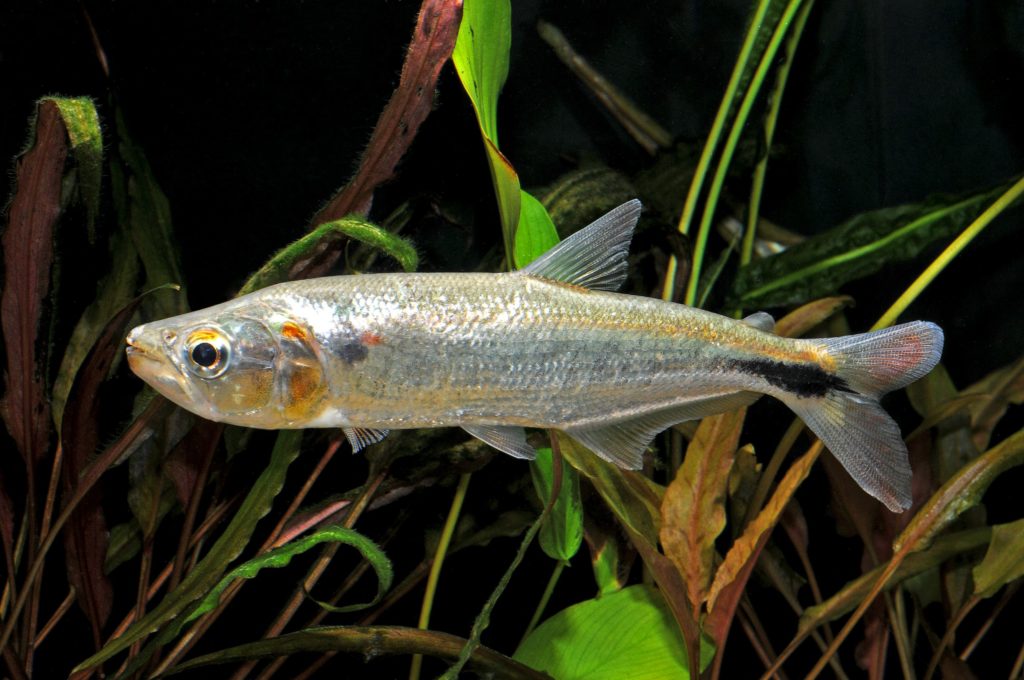 For those unfamiliar with the Brycons, they are open water swimmers and opportunistic feeders requiring clean, well-oxygenated water and lots of swimming space. The entry on B. cephalus at SeriouslyFish notes that these are excellent jumpers! 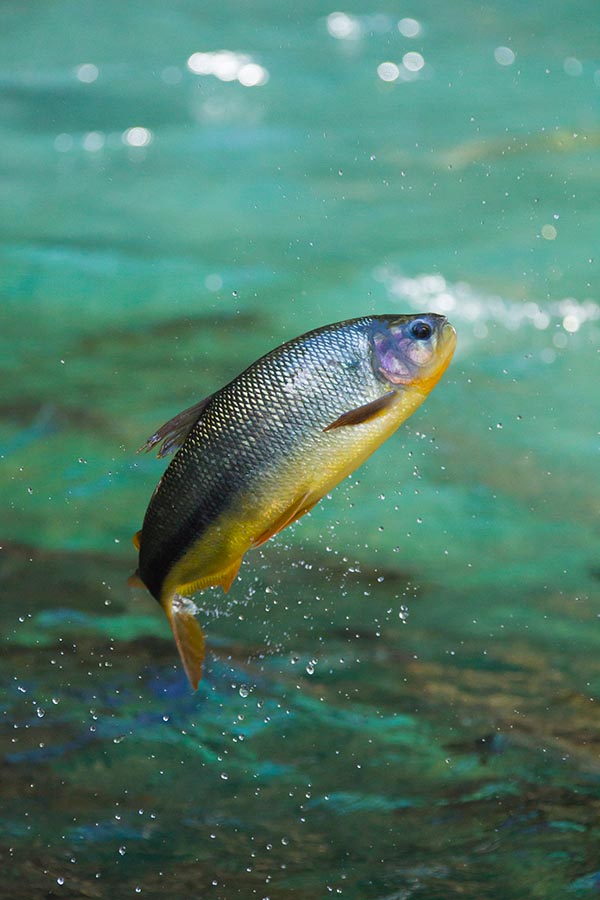 Brycon spp. can reach large sizes as well. They are uncommonly offered for these reasons, so it’s not normal to find them swimming in your dealer’s tanks and say, “Oh, I’ve seen those before”.  But, you may be more familiar with them than you think.

The related species, Brycon hilarii, better known as Piraputanga fish, are frequently depicted as large, colorful fish in swimming freely in underwater photos from Brazil. You’ve probably seen them before. For a sense of scale… 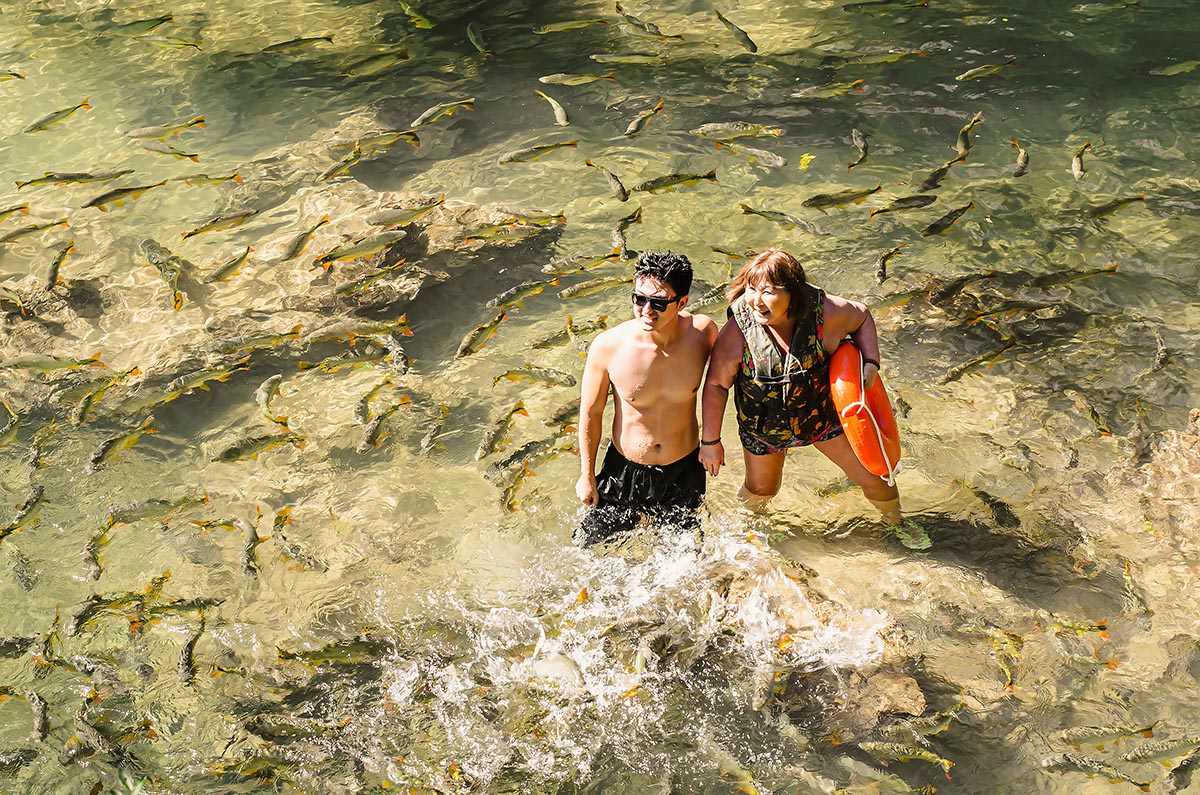 Swim with the fishes! Tourists in a river at Bonito, Mato Grosso do Sul, Brazil, are surrounded by a shoal of Piraputanga fishes, Brycon hilarii. Image credit: Vinicius Bacarin/Shutterstock