In The Trade: Haplochromis thereuterion 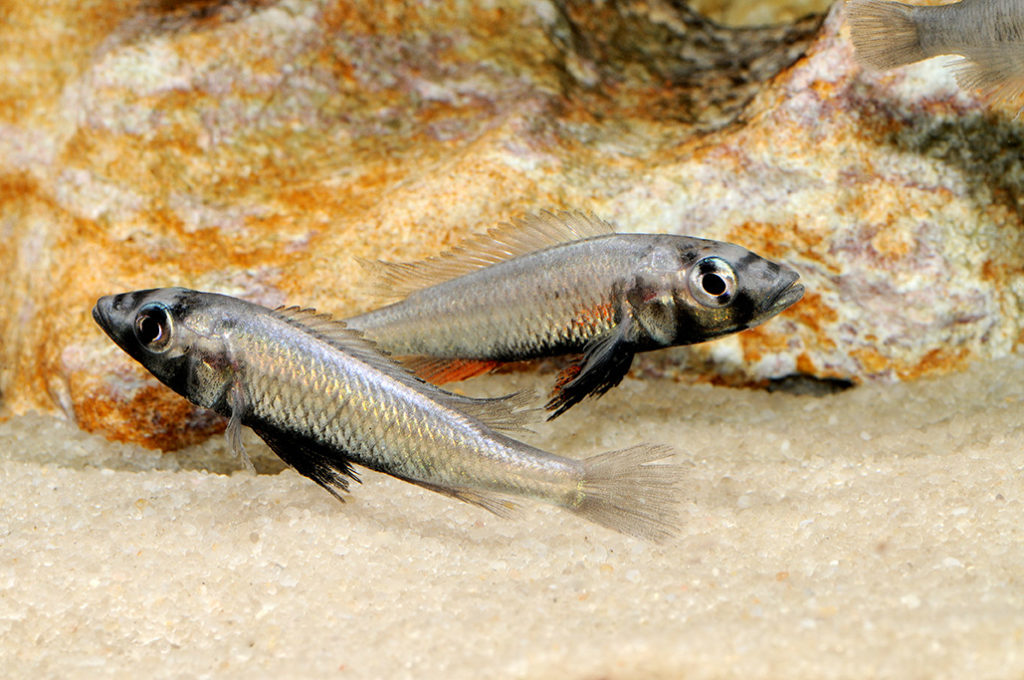 “My favorite fish in this recent shipment are the ‘Hap’ thereuterion (Haplochromis thereuterion),” said Joe Hiduke, Sales Manager at Nautilus Tropical Fish Wholesale in Plant City, FL. “These are long, skinny, predatory cichlids from Lake Victoria, very unlike most ‘Vics’ in the hobby. Mature males are mostly black and silver, with red and blue in the fins when they’re showing their dominant color.” 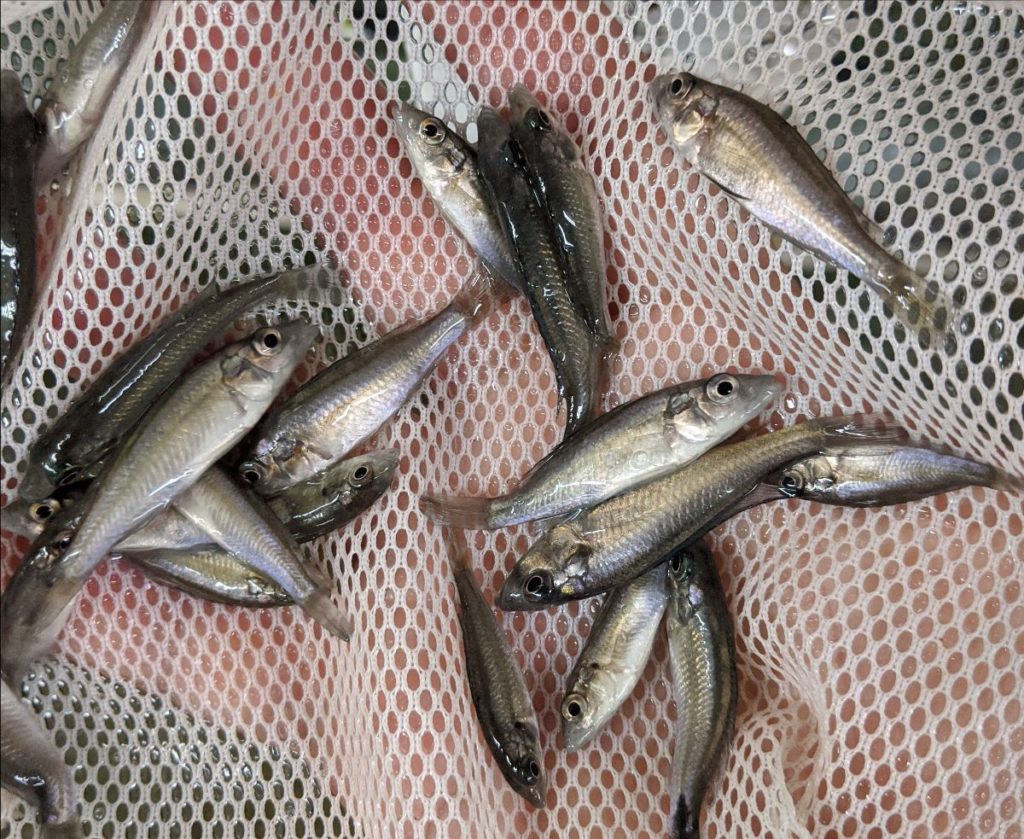 Juvenile Haplochromis thereuterion at the farm; generally considered mild-mannered, the question remains will this cichlid have staying power to keep it in the aquarium trade? Image credit: Mike Jacobs, courtesy of Nautilus Wholesale

Hiduke added that, “Haplochromis thereuterion is only sporadically available in the trade.  Their original niche in the Lake was similar to Tanganyikan Cyprichromis, living high in the water column and feeding on zooplankton. The introduction of Nile Perch (Lates niloticus) forced a shift, pushing this species into rocky areas where they feed on small inverts. They stay fairly small with a max size of around 4”, with females a bit smaller. Like most Victorian cichlids, these are precocious breeders, with females often holding at only 2 inches (5 cm).

“This is the first time I’ve ever had them available as a Florida farm-raised fish. Previously they were only available as European imports or from hobby breeders. Hopefully, this colorful Hap with a unique shape will be a consistent selling fish, ensuring its survival in our tanks.”

Editors Notes: This species is sometimes also given the name “double stripe” hap, due to the two horizontal stripes seen on females, as well as males at rest.

As with many cichlids originating from Lake Victoria, this species represents an ongoing conservation concern, all the more reason to consider keeping it in the commercial aquarium trade. Haplochromis thereuterion is listed as endangered on the C.A.R.E.S. Priority List, and was last assessed as “vulnerable” on the IUCN Red List in 2010.