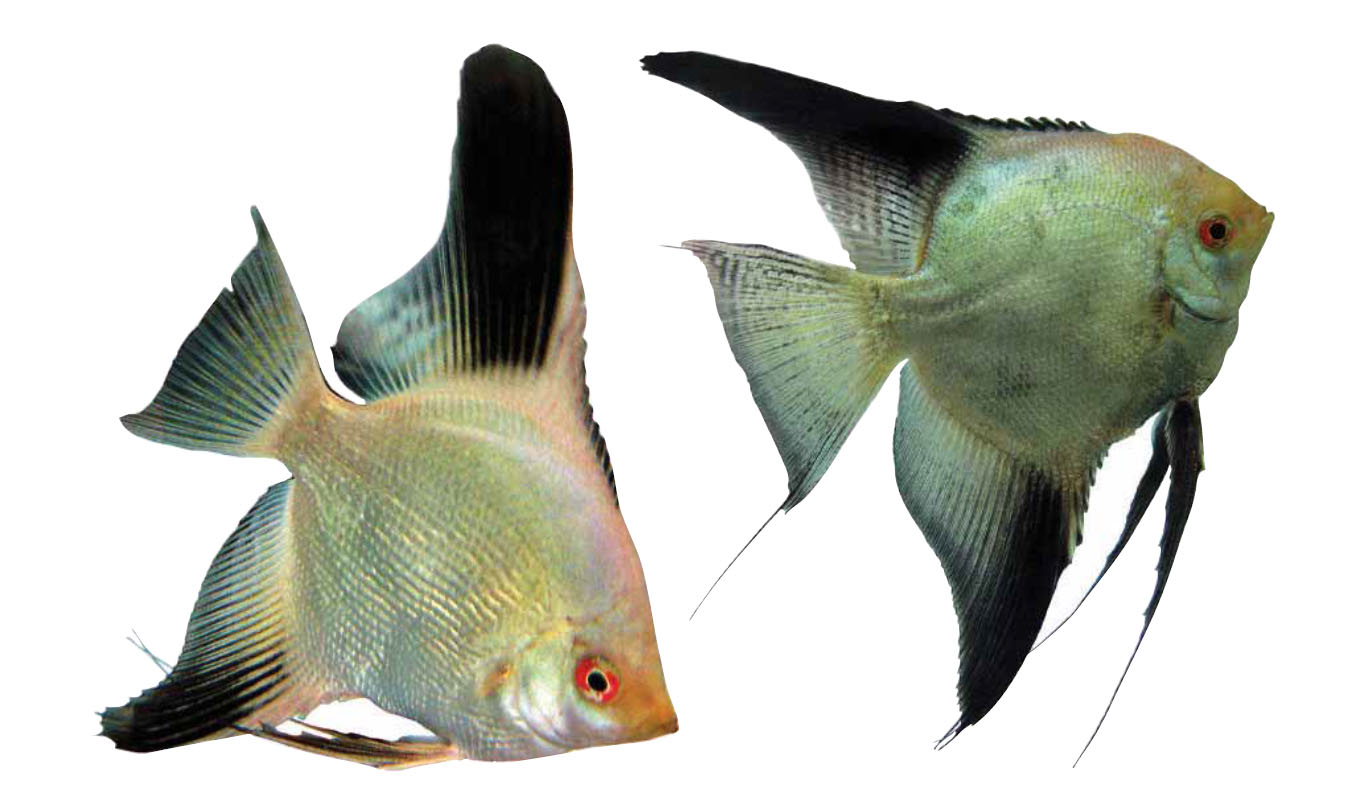 In honor of the first importation of “Bulgarian Green” Angelfish genetics into the US by David Labell of AngelfishUSA, we present some background information in this excerpt from “Angelfish: Genetic Transparency Changes Everything” by Matt Pedersen, originally published in the January/February 2013 issue of AMAZONAS Magazine.

The next big [Angelfish] gene?

Perhaps the most interesting new development is the emergence of what some are calling a new mutation, currently termed the Bulgarian Green (bg) gene. This potentially unique mutation was discovered by Raiko and Ilia Slavkov, proprietors of Malavi in Bulgaria, in a phenotype that has been dubbed the Bulgarian Seal Point. Many questions have arisen. Is it really something new? Is Bulgarian Green recessive? Is it on a new locus? Or is it a new allele on the highly complex Dark locus?

Raiko states that “the crosses I’ve made showed that Bulgarian Green is a new recessive gene in a new locus. The effect is that the new gene hides the black color in the body area (stripes, spots, or completely black body) [in] the phenotypes we know. The black color in the area of the fins does not change.”

It has taken a couple of years of breeding, with the capacity of a hatchery, for Raiko to come to these conclusions. It will take hard data provided to the Angelfish Society for the Bulgarian Green gene to be added to the genetic canon. Even if the Slavkovs don’t furnish such data, someone else might. There is a possibility that Bulgarian Green will be the next big gene making its way into the tanks of angelfish breeders; the Slavkovs report that they are selling their angelfish “on the local market,” so there is “no risk of losing the gene.”

A new mutation like Bulgarian Green always starts as a mystery. It is the diligent breeder or amateur scientist who may be able to figure it out and further our understanding of designer angelfishes.

You can read Matt Pedersen’s full article on Angelfish genetics when you buy the back issue.