The global aquatic industry show Aquarama, formerly held biennially in Singapore, is now in full swing in its new home—Guangzhou, China—and, as expected, the show has plenty to offer in terms of impressive displays of live fish and invertebrates. With a number of competitions held on-site, as well as some elaborate vendor displays, there has been no shortage of photo-worthy subjects so far, and after just the first day I found myself with well over 500 shots to sort through and process. 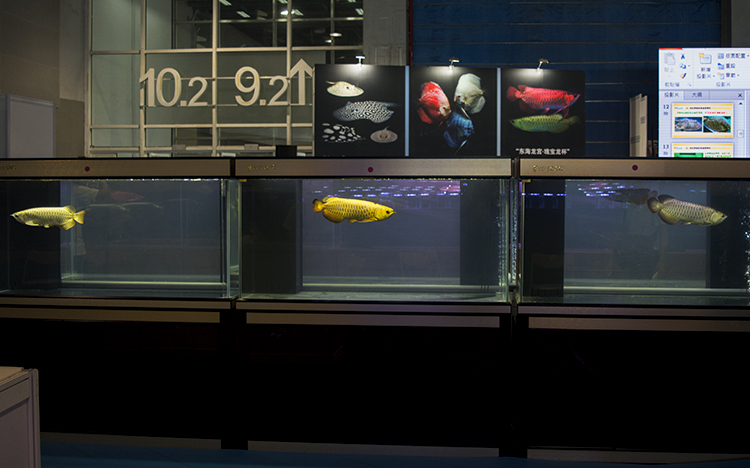 Part of the extensive Arowana competition at Aquarama

Although the event’s move away from Singapore has changed the overall dynamic to a more China-centric event than in years past, the live fish and products on display present a fascinating look at the country’s enormous—and still growing—segment of the global trade and hobby. Despite fishkeeping being a relatively small, niche hobby, it inevitably manifests itself in different ways in different areas, reflecting both the culture and traditions of these regions. China, as the first to domesticate and keep pet fish, is rich with both, and certainly has its own distinctive approach to the aquarium hobby today. 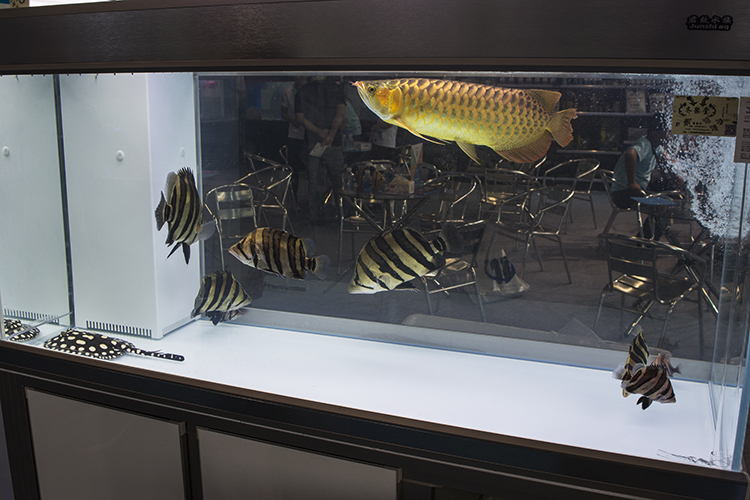 Display showcasing some of the most popular “monster” fish species in Asia: the Asian Arowana, Datnioides, and a hybrid Black Stingray

The host city, Guangzhou, is already a major center for both aquarium fish-breeding (supplying domestic and export markets), as well as the manufacture of aquarium products, many of which are bound for the US or Europe. Over the next few days, I will be reporting on visits to the local fish markets, farms, and even factories specializing in aquarium-related goods, but for now, enjoy a selection of photos from the first day of Aquarama 2016: 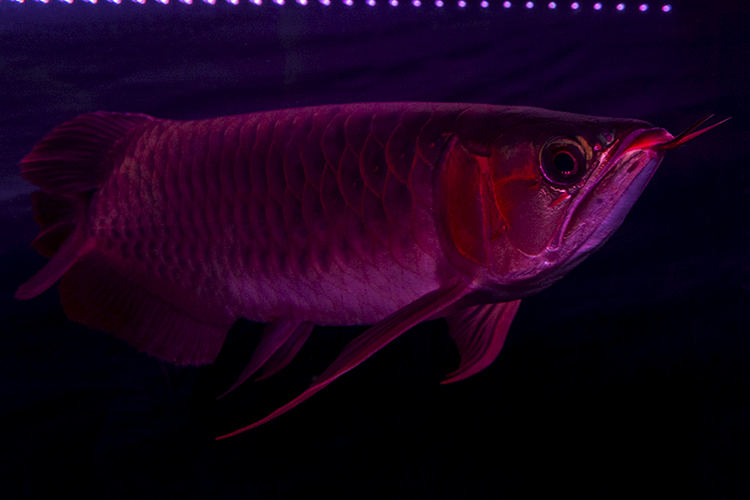 Super Red Asian Arowana in one of the competition displays 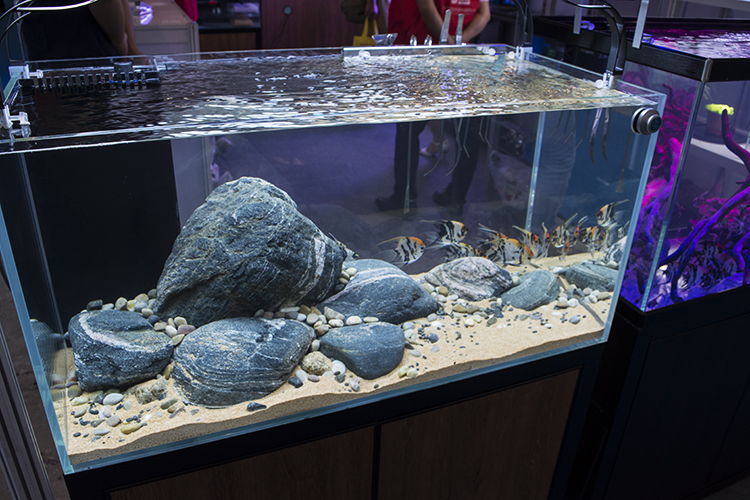 Interesting hardscape display at one of the exhibitors’ booths 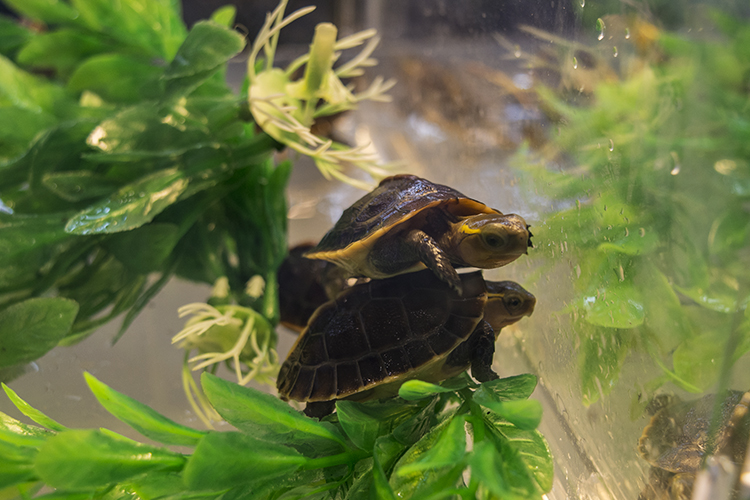 That’s not a fish! Several exhibitors were displaying reptiles and amphibians, like these baby Asian Box Turtles (Cuora sp.) 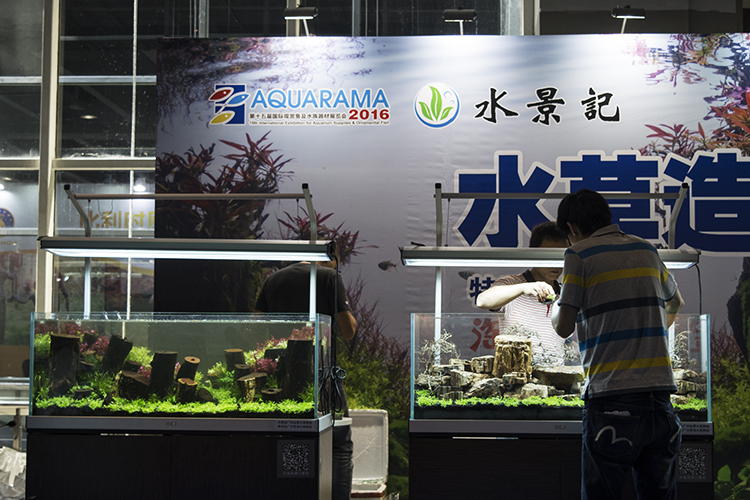 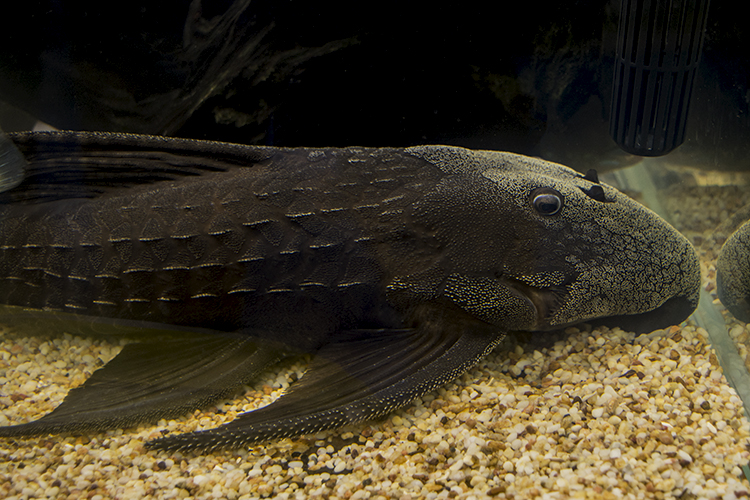 A monster Pseudacanthicus sp. on display 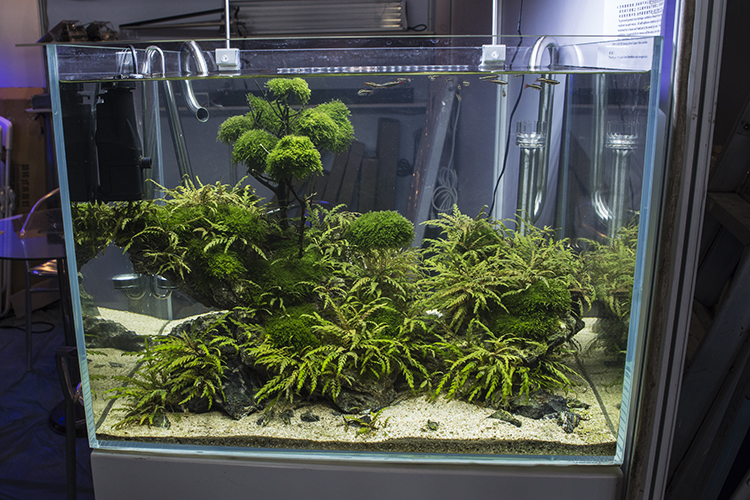 Many exhibitors incorporated beautifully planted and aquascaped tanks into their displays 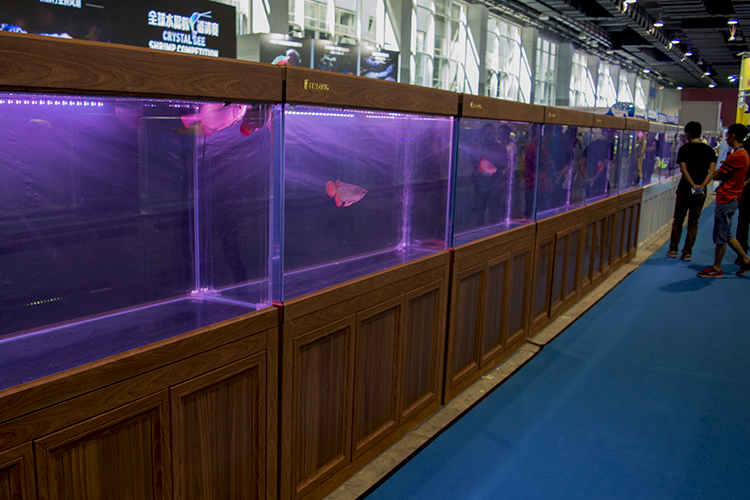 One row of tanks in the Arowana competition 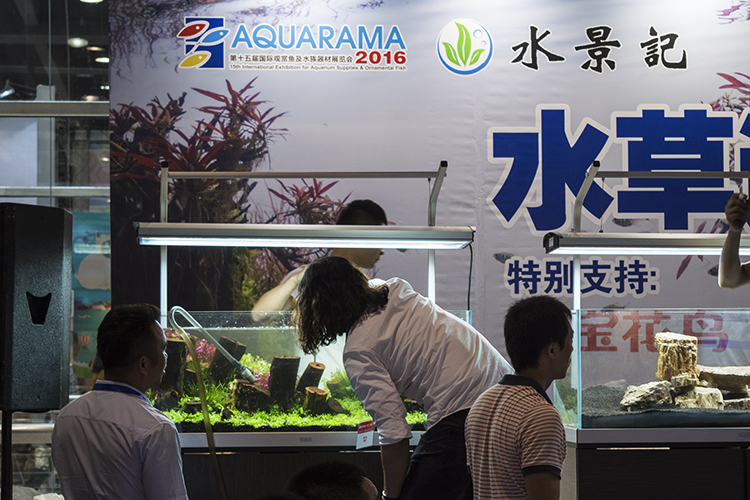 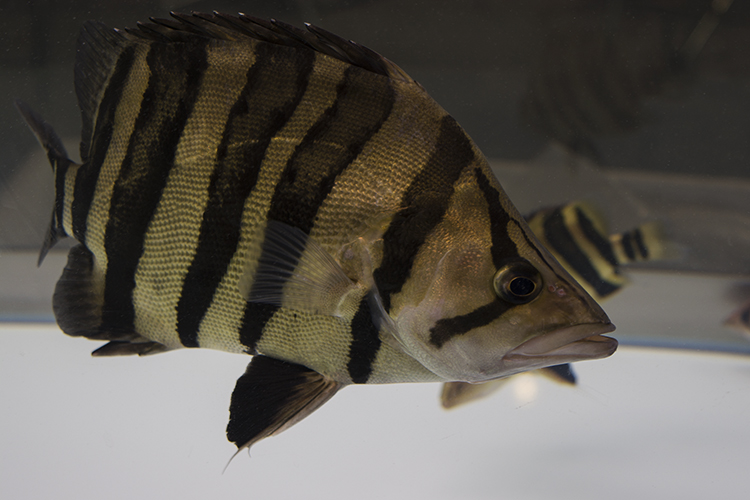 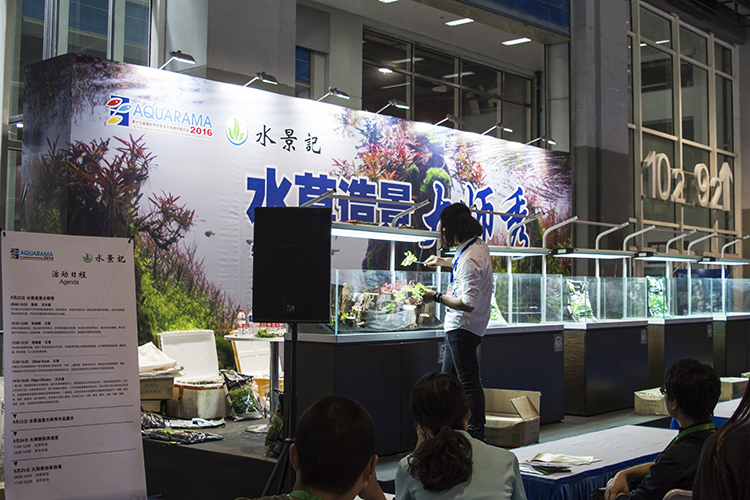 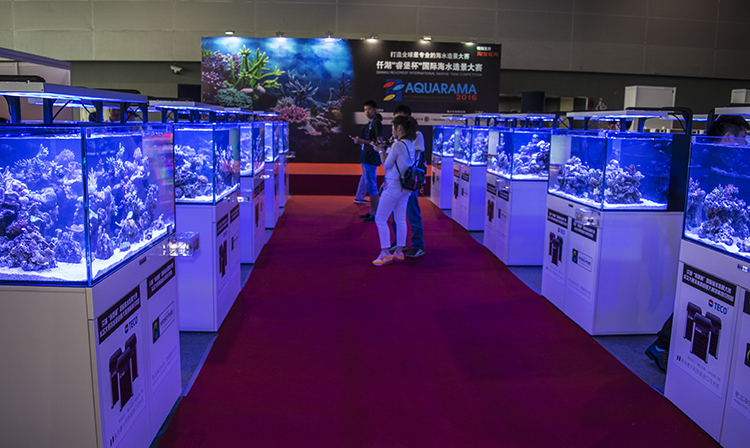 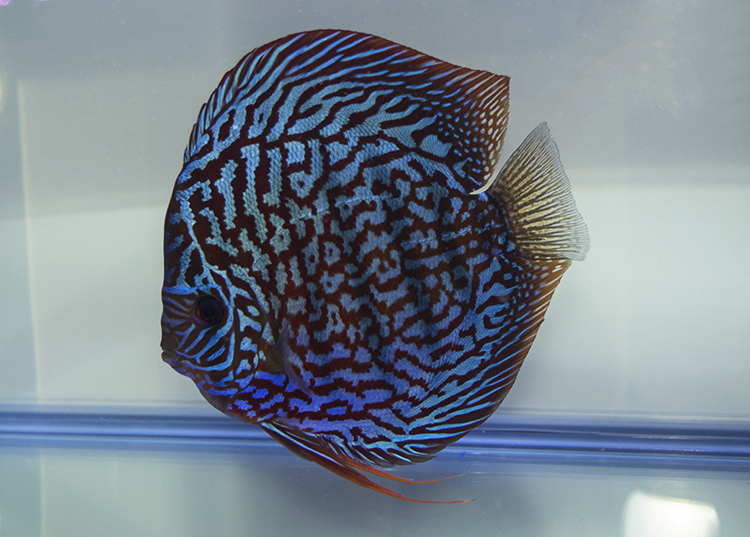 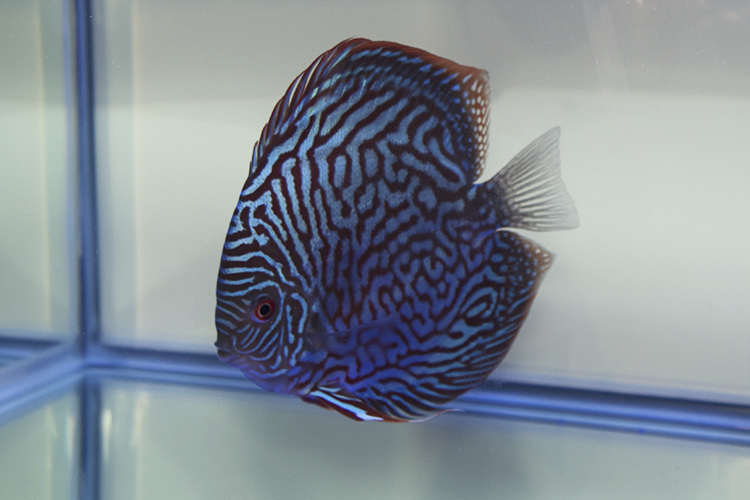 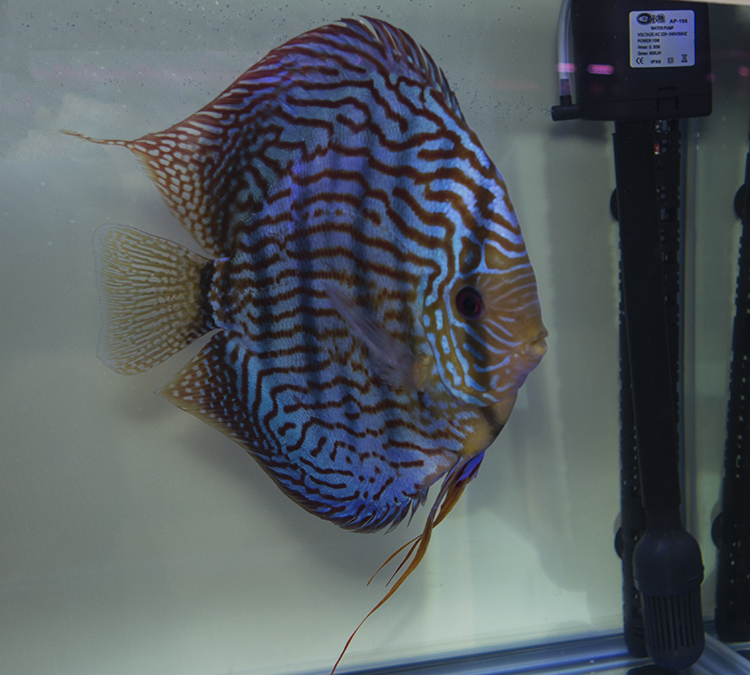 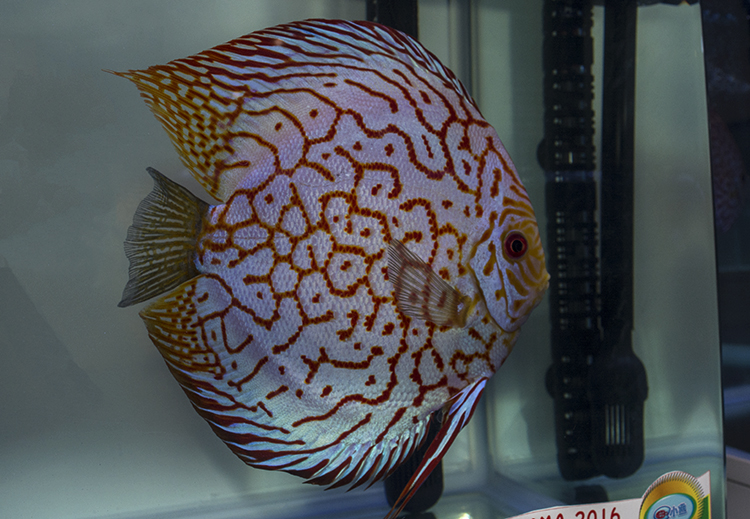 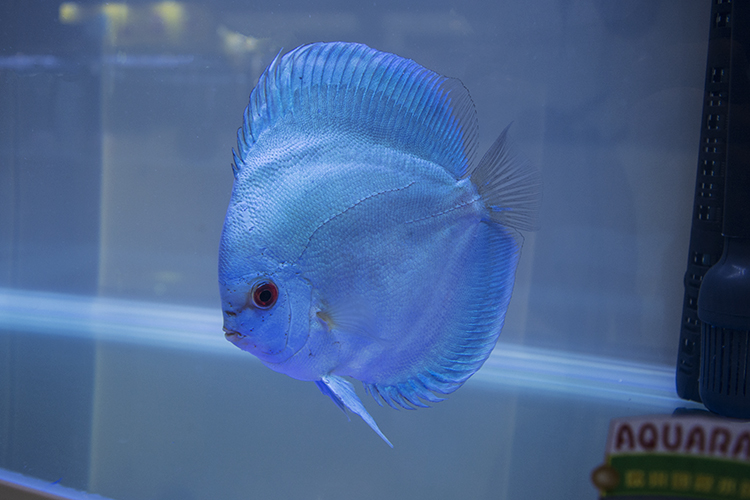 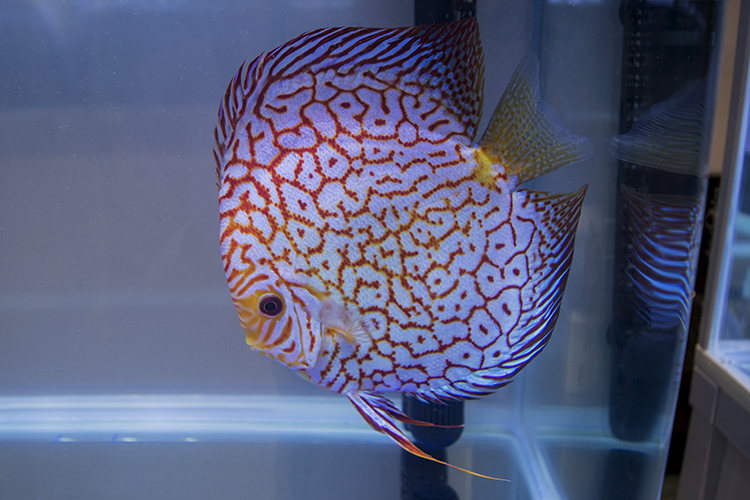 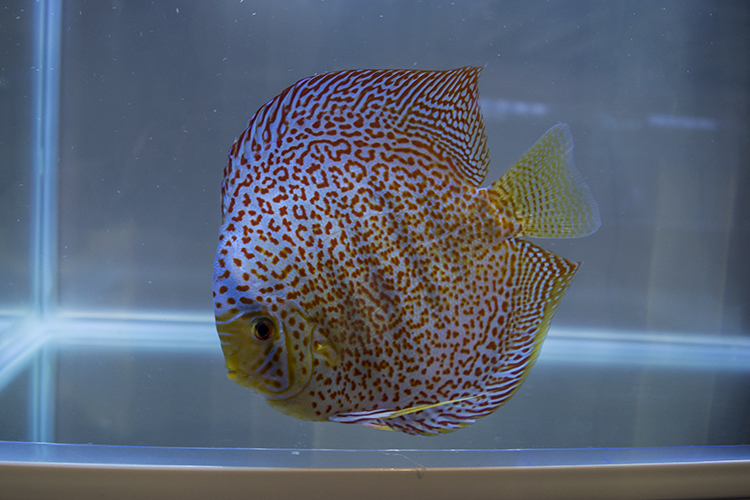 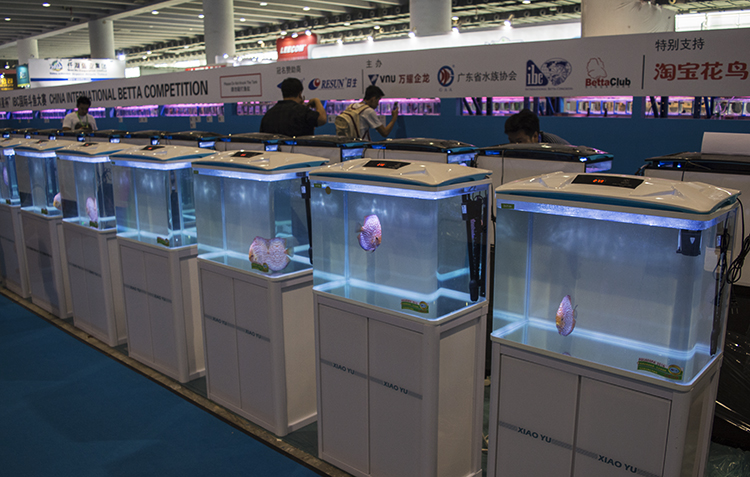 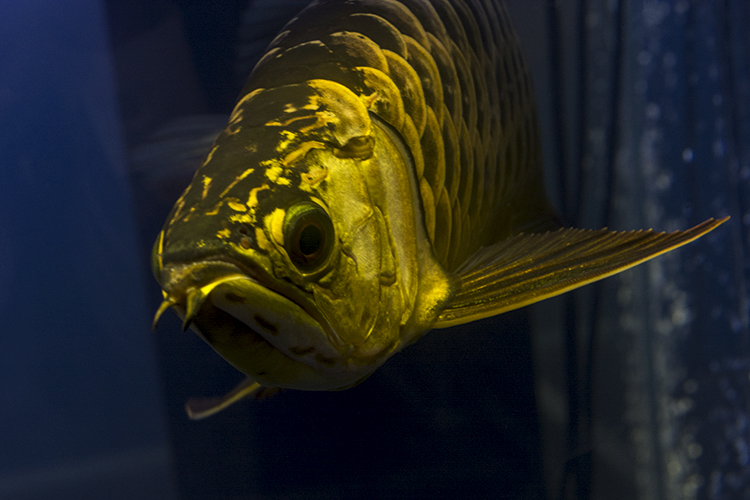 One of the champion Golden Arowana 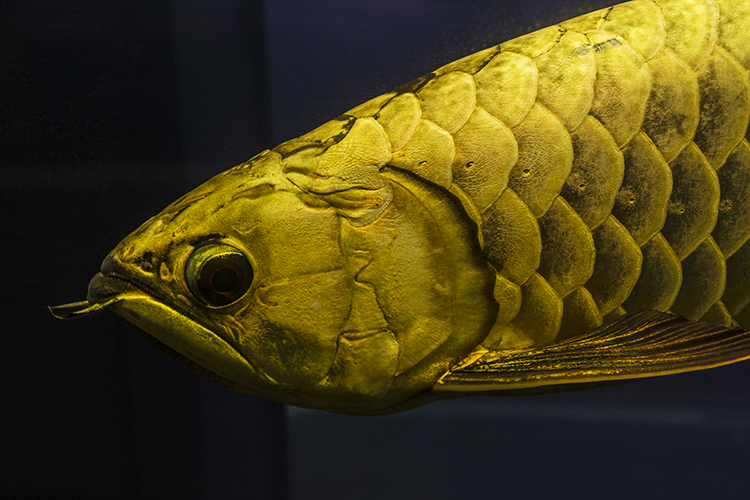 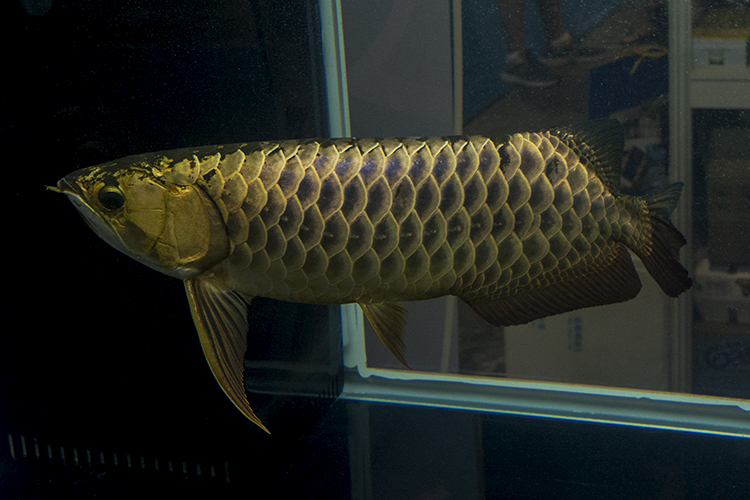 Another impressive Arowana in an exhibitor’s tank