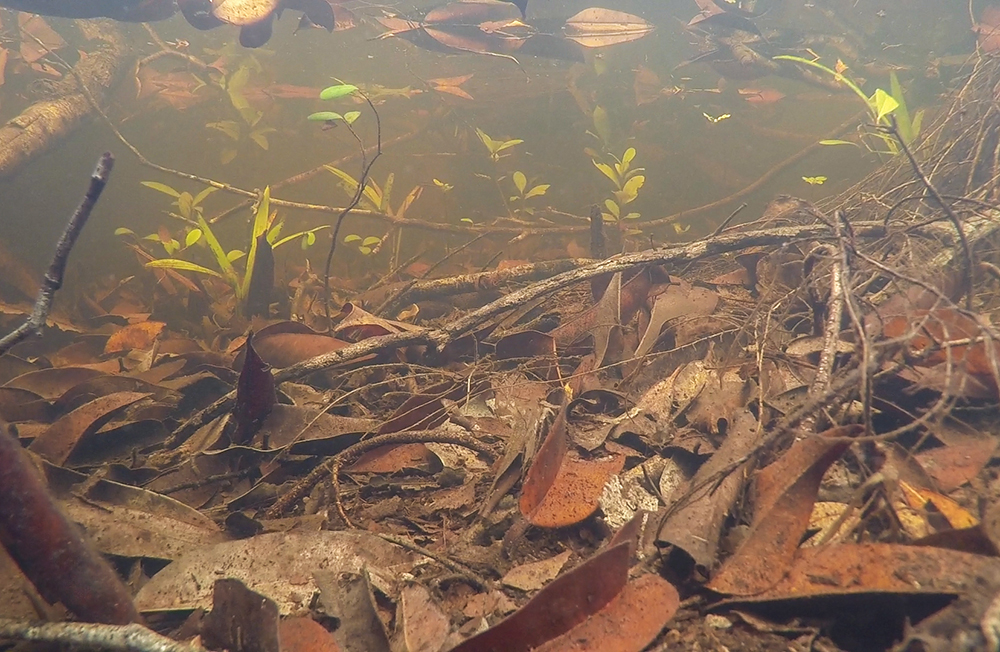 A leaf-litter-strewn blackwater habitat like this one is characteristic of the middle Rio Negro and home to a diverse group of fish species.  (Still shot excerpt from video.)

Following up on my earlier video of a somewhat unusual, clear-water microhabitat along the lower Rio Negro, here is a collection of underwater footage filmed a few days’ travel upriver, in what would be considered “classic” blackwater habitat.

The Igarapé at Daracua, which I profiled in detail in the Jan/Feb issue of Amazonas, is closer to what most people imagine when they think of the warm, tannin-stained waters of many Amazon tributaries. It immediately offers inspirations for my future biotope aquarium aquascaping plans.

Here, in the shallows of a small area of flooded forest not far from the city of Barcelos, dozens of familiar species of aquarium fish can be found living among the tangle of roots and fallen branches. Perhaps the most recognizable of these—the Cardinal Tetra (Paracheirodon axelrodi)—takes center stage through much of this video, its unmistakable neon blues and reds contrasting strongly against the tea-colored water.

The scene at Igarapé do Daracua is representative of a wide range of shallow, blackwater habitat found throughout the Amazon and its tributaries—especially the Rio Negro in Brazil and the Orinoco in Colombia and Venezuela. The water, especially during the low water season, is warm (82-86F/28-30C), extremely acidic (as low as 3.5 pH in this particular habitat), and with almost no mineral content. It is rich in tannic and humic acids, both of which contribute to the characteristic dark brown coloration of the water. As is evident in the video, the water also carries a significant amount of particulate organic matter, which serves as a food source for many fish and invertebrates. Fallen branches, bark, seed pods, and a dense carpet of leaf litter line the bottom in areas close to the water’s edge, providing not only abundant shelter but also a rich source of detritus and biofilm for fish to graze on. 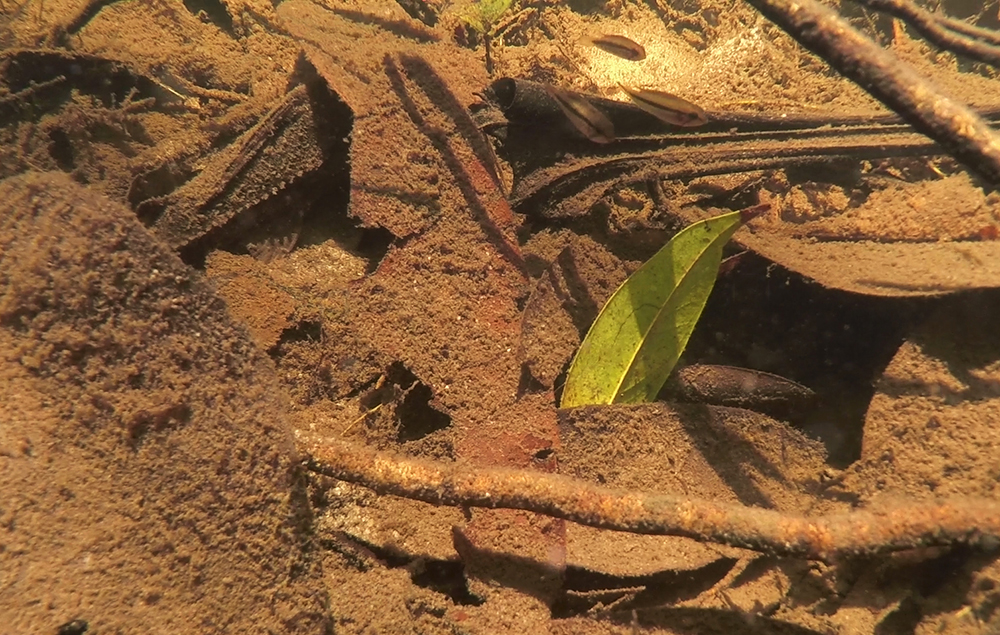 Although there has always been a niche group of hobbyists who went to great lengths to replicate this unique habitat in their aquaria (remember Blackwater Extract? It’s been around since the 1970’s), it is only somewhat recently that the “blackwater aquarium” has started to go mainstream. Today, it is easier than ever to keep blackwater species in a more natural environment with the availability of high quality driftwood, tannin-leaching Ketappa, or Indian Almond leaves, and an array of other interesting and functional accent pieces from specialty suppliers like Tannin Aquatics. In my opinion, this couldn’t come soon enough, given the fact that so many popular aquarium species are uniquely adapted for life within distinctive–some might say extreme–habitats like those featured in the video.

Given the sheer density and diversity of species encountered in just the few minutes of video footage, I won’t even attempt to identify every fish that makes an appearance. However, some of the highlights include the following:

See if you can spot them all, as well as a few hidden gems, like the brief appearance of a well-hidden talking catfish (Amblydoras sp.). And please feel free to point out anything we’ve missed in the comments. Be sure to watch the video in HD, and for more information on this and other Rio Negro biotopes check out the Jan/Feb issue of Amazonas Magazine. Enjoy!